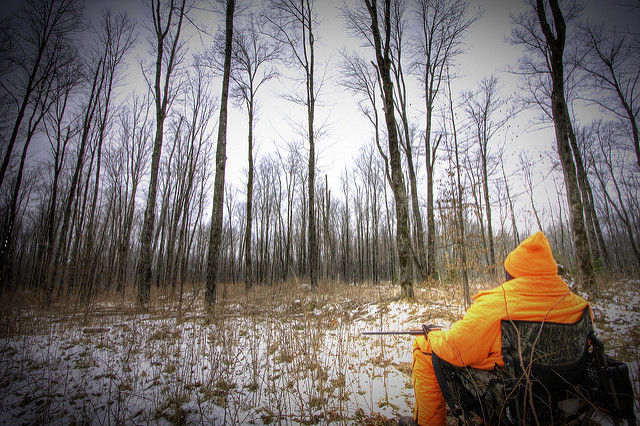 Wisconsin's gun deer season opener is this Saturday and while many aspects of this year's hunt will be consistent with last year, some changes are afoot.

Kevin Wallenfang, deer and elk ecologist with the Wisconsin Department of Natural Resources, said there are no major changes for hunters this year.

He said one change though is that the deer opener is a little early this year.

Wallenfang added that the dry, cold weather, combined with a corn harvest that's ahead of schedule, should make for a good opening weekend.

"I would say things are lining up pretty darn well as far as the weather goes. We've got snow on the ground, which helps at least in the north," he said. "That looks like that's going to be here for opening weekend and that certainly helps people read signs in the snow and where the deer are and helps them see deer better."

Iron County is the only county in the state with a buck-only harvest.

Wallenfang said there has been some confusion over an emergency rule that would have prevented deer hunters from moving carcasses harvested in chronic wasting disease-affected areas to other unaffected areas of the state. The state Natural Resources Board approved the restrictions in August. However, state lawmakers suspended that portion of the emergency rule Oct. 1.

"People for the most part want to follow the rules. They want to know what the rules are and have them be simple," Wallenfang said. "So, yeah, when a rule gets put into place in the middle of a season, it causes some confusion."

The suspension of the restrictions means hunters will follow the same regulations for carcass movement as last year, according to Scott Karel, regulation policy specialist for the DNR's Bureau of Wildlife Management.

He noted the emergency rule also would have relaxed restrictions to allow hunters to leave some parts of the deer in the woods, which will not be allowed for this year's hunt.

"Under the proposed emergency rule, you could have left certain carcass parts at the point of kill. There is an allowance for quartering, but it's no more than five parts," he said. "The head has to be attached to one of those parts, and everything besides the entrails has to come out of the field with it."

In 2018, the DNR has expanded sampling for CWD to increase surveillance efforts.

Tami Ryan, chief of the DNR's wildlife health program, said they've expanded sampling in Lincoln, Oneida and Marinette counties. She said they're also sampling all 19 counties in the west-central district of Wisconsin.

"For the duration of the 2018 deer season and certainly with the nine-day gun deer season, where we expect sampling volumes to increase, we're really appreciative of the cooperation and assistance that we get from our Wisconsin deer hunters," Ryan said.

Ryan said increased sampling was among recommendations in the agency's updated CWD response plan. She added they're also offering CWD surveillance permits that are issued for public lands.

"It’s an additional way to get authorization into the hands of deer hunters so they can harvest deer for surveillance purposes," she said.

She said they have a goal to collect 6,800 samples in west-central Wisconsin and 15,000 samples statewide. Ryan said information is also available on the DNR website about deer carcass disposal to help reduce the risk of spreading CWD.