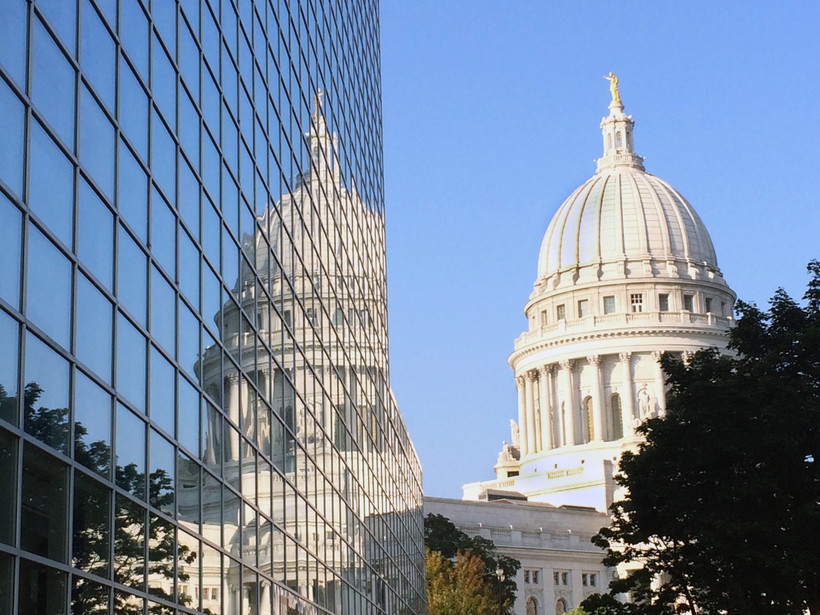 Failed Veto Overrides Have A Long History In Wisconsin. So Why Do They Keep Happening?

It has been at least 36 years since the state Legislature has been successful in overriding a veto from the governor — including the latest failed attempt earlier this week — but it's unlikely lawmakers will stop trying to undo executive actions any time soon.

Republican Assembly lawmakers failed Tuesday to override a veto from Democratic Gov. Tony Evers on a bill that would have blocked additional federal unemployment benefits for Wisconsinites. Evers said the benefits are necessary, while Republicans argued they are standing in the way of more people entering the workforce.

According to a memo from the Legislature's nonpartisan research office, there have only been 83 successful veto overrides in the history of Wisconsin state government, out of more than 1,800 gubernatorial vetoes. There haven't been any successful override attempts since at least 1985, the memo said. In order for an override to pass, it must get the support of a two-thirds "supermajority" in each chamber of the Legislature.

A veto override attempt doesn’t necessarily need to pass in order to be successful — it just needs to serve a political purpose, said Anthony Chergosky, assistant professor of political science at the University of Wisconsin-La Crosse. He said the override attempts are known as "messaging votes," which he explained as "a vote that isn’t so much designed at a policymaking purpose as it is a public relations purpose."

"The reason that you hold these 'messaging votes' is to make a point to your own voters about what it is that you support," he said.

Aside from voters, Chergosky said other audiences for "messaging votes" might include interest groups. For example, the state's largest business lobby had been a strong advocate for the bill up for an override vote on Tuesday. In May, Wisconsin Manufacturers and Commerce wrote a letter to Evers on the subject, arguing the benefits allow unemployed workers to stay unemployed.

Overall, Chergosky said the political aspect of override attempts is an example of what he called "the permanent campaign" that pervades policymaking, especially in these highly partisan and polarized times.

"Now you have both divided government and highly charged partisanship and polarization," he said. "(Lawmakers and the governor are) not motivated to cooperate necessarily, they're motivated to try to poke each other in the eye."

Chergosky said the votes often exacerbate partisan divides even further, reinforcing the idea that the other side is out to score political points and isn't interested in fostering bipartisan cooperation.

"If we’re always in that kind of a mode, then the presumption is that the other side doesn’t want to work with you in good faith, and thus we retreat to our corners," he said.

Mike Wagner, professor of journalism and mass communication at UW-Madison, agreed this week's vote, as well as other override past attempts, are politically motivated.

"The only reason to schedule the override votes is to engage in some symbolic representation," he said.

Wagner said this week's vote could serve to "create some policy separation between whoever runs for governor (as a Republican) and Gov. Evers."

When former Republican Gov. Scott Walker was in office and Republicans controlled the Legislature, there were no veto override attempts and the fewest number of vetoes during any eight-year period in Wisconsin history, according to the Legislature Reference Bureau memo. Walker only vetoed three bills in their entirety. He issued about 300 partial vetoes, including changes to state budgets.

In contrast, during another era of divided state government, former Democratic Gov. Jim Doyle vetoed 101 bills passed by the Republican-controlled Legislature between 2003 and 2006. Lawmakers unsuccessfully attempted to override 18 full vetoes and 12 partial vetoes.

The Legislative Reference Bureau memo noted "the legislature’s power to override executive vetoes with a two-thirds supermajority vote is not commensurate to the governor’s unilateral power to veto bills. The governor almost always wins."

In all, Evers has vetoed 42 bills since taking office, not including his 128 partial vetoes of state budgets, according to legislative records.

Other failed Republican veto override attempts under the Evers administration have included a bill that would have decreased required training time for nurse aides in Wisconsin and three partial vetoes of the 2019-21 budget that shifted funds away from a metal health crisis center in northern Wisconsin, eliminated legislative oversight of some Medicaid reimbursements and removed requirements for some mental health training funds.