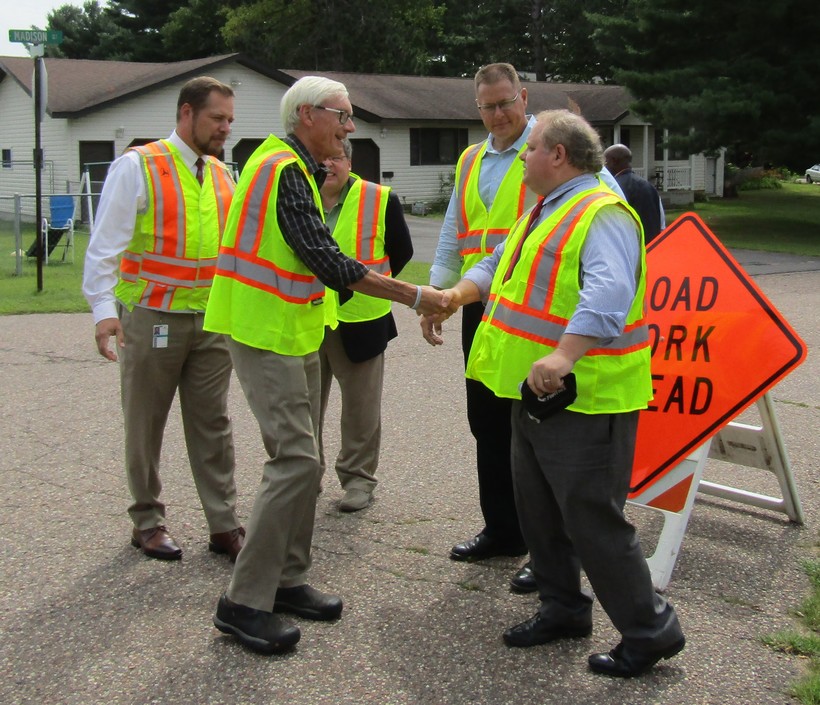 The governor in July used his line-item veto power to create a $75 million grant program under which local governments will compete for transit funding beyond the funding boosts included elsewhere in the state budget. Those grants will be administered by the state Department of Transportation.

"We will get the money out to municipalities and cities as quickly as possible, (and we’ll) make good judgments," said Evers, a Democrat. "But at the end of the day, the professionals exist at the (state) Department of Transportation and we want to make sure that they are involved in making the decision."

Republicans have criticized the governor’s budget change, which reallocated funding in the state’s Local Roads Improvement Program to create the competitive grant program. Joel Nilsestuen, assistant deputy secretary of transportation, said the grants will be awarded among counties, townships and municipalities in the same proportions delineated by the Legislature.

"Those grants will be submitted by local units of government, they’ll come into the department and they’ll undergo a competitive review process, including outside stakeholders," Nilsestuen said.

The process will allow the state to award funding to "projects that have a lot of merit and a lot of impact on the local economic development in that area and can really be a good use of one-time funding," he said.

In July, Rep. Mary Felzkowski, R-Irma, told WPR the program was a "slush fund" for the DOT and "an attack on rural and northern Wisconsin." The program has received support from the Wisconsin County Highway Association, the League of Wisconsin Municipalities and the Wisconsin Towns Association.

Evers spoke Monday in Wausau, where he touted his budget’s transportation funding by filling a pothole with other state and local officials.

In remarks to reporters Monday, Evers also addressed a report from The Guardian that Foxconn was employing teenage school children as laborers in China making devices for Amazon, including requiring them to work nights and overtime shifts, which is against Chinese law.

"Any time we see a situation where we see somebody violating the law or violating the spirit of the law, that does raise some concern," Evers said. "Clearly we have protections here in our state and our nation that China may not have. We’re looking forward to following that issue and making sure that things are done correctly here in Wisconsin."

Foxconn, which is building a factory in Mount Pleasant, Wisconsin, reportedly fired two executives in response to the story, which found a Chinese factory producing Echo and Echo Dot devices sought out workers from 16 to 18 years old, asking teachers to recruit them for positions that violated labor standards.

Wisconsin’s lavish economic incentives package for Foxconn, negotiated under former Republican Gov. Scott Walker, has been the subject of criticism from economists who say it will be virtually impossible for the state to recoup its costs. In July, Evers told CNBC it was unlikely the Wisconsin factory would hit its hiring goal of 1,800 new jobs next year. Some of the state incentives are conditional on the company’s hiring.