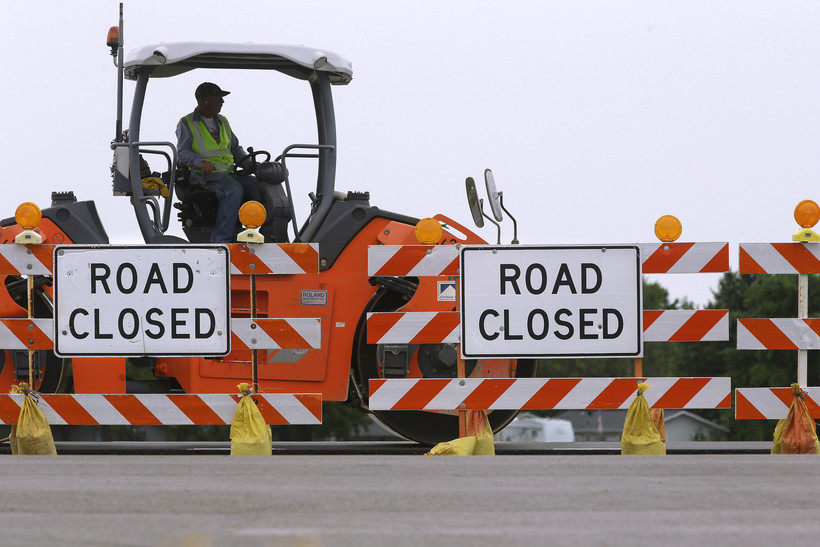 Lawmakers on both sides of the aisle are concerned about the future of road funding in Wisconsin, despite nearly $400 million in new revenue allotted in the newly minted state budget.

"This is the first new revenue that we’ve seen in a while, but again, a lot of it’s one-time (funding)," Hintz said. "We’re going to be back in the same position in two years."

Under the budget signed by Gov. Tony Evers last week, the state will collect about $400 million in new money for roads through increases in vehicle title and registration fees.

Hintz expressed some frustration with that plan, saying it doesn’t spread the burden of road funding to tourists and other out-of-state road users.

"When you’re driving down the highway and see someone with an Illinois license plate or a Chicago Bears sticker, remember they’re not going to be paying the increased fees everybody in Wisconsin is," he said.

Hintz and other Democrats have pushed for a gas tax increase in the state. They argue that would divide the burden of new revenue between in- and out-of-state drivers.

Evers proposed an 8-cent-per-gallon gas tax increase in his budget, but the provision was removed by Republicans who control the Assembly and Senate.

"I think that’s something that’s going to be an ongoing conversation as we look to more electric vehicles, as we look to different ways of how people travel, if they’re going to be doing more mass transit," Felzkowski said.

Felzkowski agreed with Hintz that the new budget, which went into effect immediately after the governor acted last week, doesn’t provide a long-term solution to road funding.

"I think the transportation fund is going to be a constant conversation going forward," she said.

Both lawmakers also weighed in on the prospect of tolling in Wisconsin in light of the governor’s action to block another state study on the issue.

Evers used his veto pen to eliminate a $2.5 million state analysis on the possibility of implementing tolling or mileage-based fees in Wisconsin.

In his veto message, the governor said he objects "to the financing of another study that will show, yet again, that the motor fuel tax is the most effective way to approximate a user fee of roadway use and the most cost-effective way to collect revenue."

"The Legislature has had more than enough evidence and enough time to study the issue," Evers wrote. "It is time for the Legislature to stop stalling and act to secure a long-term transportation funding solution."

Republican lawmakers have included the tolling study in the last two state budgets. Former Gov. Scott Walker also vetoed it, saying the state Department of Transportation could evaluate tolling without it.

Senate Majority Leader Scott Fitzgerald, R-Juneau, has called the study the last step before the state can move forward with getting necessary federal approvals for tolling.

Of tolling, Felzkowski cited concern about federal restrictions on where the booths could be installed.

"It would only be (allowed) in expansion areas, like if we added another lane," she said. "We can’t just implement tolling, because of federal restrictions. Otherwise, I think that would be a very viable option and I think we would jump on that going forward."

Hintz said tolls can be "inefficient," as not all of the revenue they generate goes directly to road projects.

"Toll booths have become another word for 'punting,'" he said.

Felzkowski also raised concerns about one of the governor’s 78 vetoes in the budget — a provision that eliminated earmarks within the state’s transportation fund for local road projects.

Under the veto, Evers eliminated the requirement that millions in state money be funneled specifically to counties, cities, towns and villages, instead allowing the DOT to allocate the money as it sees fit.

"I object to the restrictions that these constraints place on the department to fund grants to the most needed projects throughout the state," he wrote in his veto message. "The effect of this partial veto will be to allow the department to prioritize the most critical transit and transportation needs."

Felzkowski said that veto created a "slush fund" for the DOT, possibly at the expense of some smaller communities across the state.

"It was very much an attack on rural and northern Wisconsin," she said. "I think the money is there … I’m just hoping that they don’t forget about the entire state as the money is distributed."