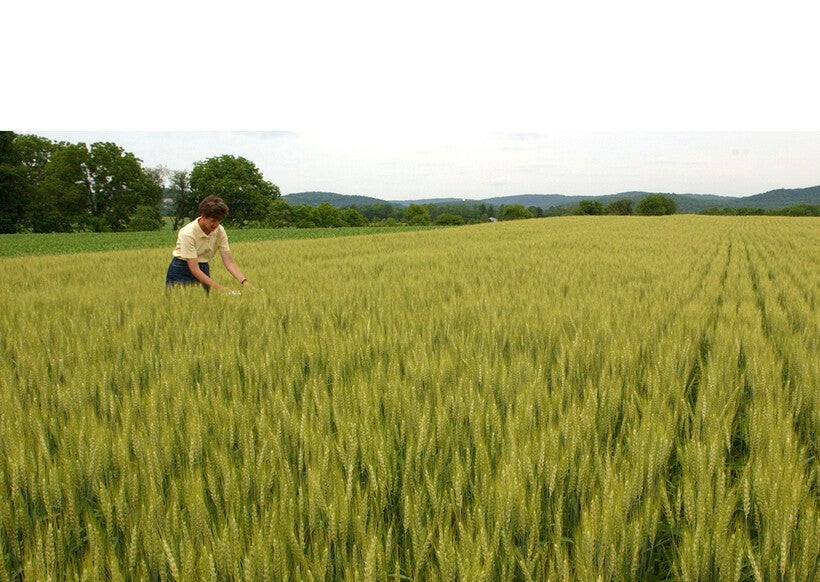 Gov. Tony Evers is proposing to restore $3.5 million to the University of Wisconsin-Extension under the next budget and to boost the number of county agriculture agents.

The Democratic governor’s proposal calls for $1.5 million in the first fiscal year and $2.5 million in the next to "improve local access to research and expertise" of UW-Extension, as well as add an additional 20 full-time county-based agriculture agents.

UW-Extension’s Cooperative Extension division saw budget cuts of $3.6 million per year as part of a $250 million reduction in state funding for UW System under the 2015-2017 budget. As state funding declined, the agency has been limited in its ability to fill positions statewide.

"Obviously, new funding would help us to better support those county educators with maybe some more specialized type positions around dairy, farm succession and other issues that are priorities for the county," said Martin.

The shortage of agriculture agents led some counties to form an agreement to share educators, including Lafayette and Grant counties. Lafayette County Board Chairman Jack Sauer said the county was able to add its own agent this past January. He said the agent has been helpful for farmers who are struggling with low milk and grain prices.

"I still think, in times like this, looking at ways to come up with some things that aren’t just your normal generic crops that you’ve been doing all those years and everybody’s growing, it’s a good time to have ag agents on board," said Sauer.

Art Carter, chairman of the Green County Board, had pressed UW-Extension for a full-time agriculture agent for the county, which added an educator sometime last fall.

"Anything with ag needs all the help they can get with the economic situation that we have in agriculture right now," he said. "Any type of service and advice ... it’s very important."

Carter added UW-Extension agents lack any financial interests that may exist among their counterparts in the private sector. Darin Von Ruden, president of the Wisconsin Farmers Union, agreed, noting farmers can feel caught in the middle when considering their next move.

"In today’s world, it’s a matter of making profits to stay in business in the real world," said Von Ruden. "If we (aren’t) careful about how we’re going about our daily business, sometimes you might not be provided with all the correct information."

While counties agreed their service is invaluable, Lafayette County’s Sauer questioned whether there was a need for 20 additional agriculture agents statewide.

In northern Wisconsin, Rusk County has been lacking an agriculture agent for several years. Andy Albarado, the county’s administrative coordinator, said it would be ideal to have an agent to work with farmers to provide information on diversifying income and surviving market changes. However, he said it’s unknown whether the county would be willing or able to support an agriculture agent in light of competing priorities for funding, stagnant revenues and state restrictions on raising property taxes.

"If a county like ours were to consider bringing an ag agent back, we’d have to pick up our share of the funding, assuming it’s the same funding formula as before," he said. "You’re looking at where do you get that money then to support the ag agent."

In addition, UW-Extension, which is now run out of UW-Madison after restructuring, experienced cuts across all of its positions statewide.

"I think there’s something that’s missing here and that’s also our investment in ag specialists and other specialist type positions," said UW-Extension's Martin. "When we went through our reduction, we reduced our county investment, but we also reduced our investment on campus both within Extension and on our partner campuses."

The Wisconsin Farm Bureau Federation would like to prioritize funding for agriculture specialists that would work jointly with UW-Extension and the UW-Madison College of Agricultural and Life Sciences.

"These specialists perform and teach the very specialized research that is essential to Wisconsin farmers," said federation president Jim Holte in a statement.

Martin also noted it’s early in the budgeting process and the governor’s proposal would require the approval of the Republican-controlled Legislature. State Sen. Howard Marklein, R-Spring Green, supported the addition of agriculture agents in his district that includes Lafayette and Green counties.

"Some of those positions in my area have been filled. There still may be some opportunities to increase that," said Marklein. "But, as far as the governor’s budget request, I’m going to take a look at this and consider this within the totality of the other requests that are being made in the budget."