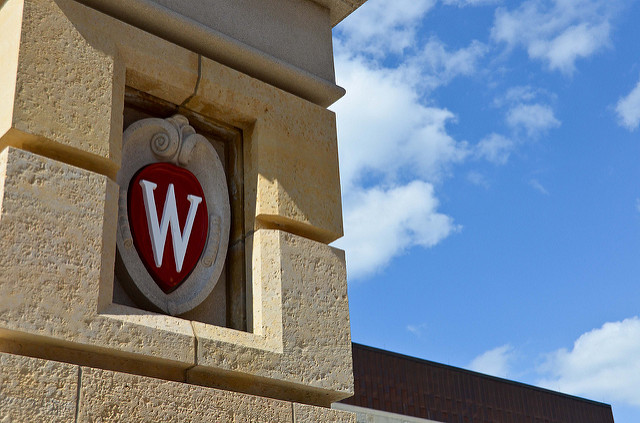 The biggest reorganization of the University of Wisconsin System's colleges and universities in 40 years was described as an "open secret" at the state Capitol.

Before faculty, staff and students learned about the plan to eliminate the two-year UW Colleges and UW-Extension, UW System President Ray Cross had discussed it with a lawmaker who called for similar action in 2015.

The evening of Tuesday, Oct. 10 the Milwaukee Journal Sentinel broke the story of an impending restructuring of the UW System to address declining enrollment. Two-year campuses would be merged with four-year universities while UW Colleges and UW-Extension would dissolve with its services — including Wisconsin Public Radio — finding new homes within the greater UW System.

For many employees this was the first they’d heard of it. Even UW-Extension Chancellor Cathy Sandeen said she first saw details of the plan only one day before the news broke publicly. But there were already murmurs among lawmakers in Madison. According to emails obtained by WPR through an open records request, UW-Madison Chancellor Rebecca Blank, who declined an interview for this story, visited the state Capitol earlier that Tuesday before the story went public.

"Just came from the Capitol ...," Blank wrote to Cross in an email, "This seems to be an open secret there. Four of the five people I spoke with asked me about it. I deflected, except with Dave Murphy, who had clearly spoken with you."

"It was less than two weeks before it was made public that I got a call from Ray Cross and sort of explained what they were going to do. Sort of a summary of the details of it," said Murphy in an interview with WPR. "For me personally, I think he knew that it would be something that I could go along with it and that’s probably based on the discussions that we had had earlier along the way of, 'What do you think about this? What do you think about that? Do you think this might be a good way? Do you think that might be a good way to go?' That sort of thing."

In 2015, Murphy made news after a Wisconsin State Journal open records request netted a "term paper" he wrote for Assembly Speaker Robin Vos, R-Rochester. In it he pitched an idea about what to do with the UW System's two-year colleges and extension division.

"Eliminate or reform the University of Wisconsin Colleges and Extension," Murphy wrote in the paper. "It’s an antiquated system that was originally designed for an agrarian economy."

Murphy told WPR he’s been part of discussions on the issue for years but denied asking Cross to restructure the UW System. As committee chair, he said Cross’s call was a courtesy and there was reason to limit how many people knew about the plan.

"If you opened this up, it could end up just being a free-for-all as far as trying to bring students and faculty and everything together to discuss this, you’d never get it done," Murphy said. "Anybody who thinks they’re going to lose their job, anybody who thinks there’s any chance that their campus could be cut, they overreact and you start getting special interest groups that try to sabotage things."

"Getting hammered by the 'shared governance' leaders because they weren't involved in the process; however, had they been involved we wouldn't be doing anything!!" wrote Cross.

Retired UW-La Crosse political science professor Joe Heim studied the original merger of the state-owned university campuses that culminated in the creation of the UW System, which includes UW Colleges and UW-Extension. He said it’s a little unusual that lawmakers knew of Cross’s plan to dissolve that division and transfer its services before the chancellor that heads it. But he said it’s not surprising for system administrators to be responsive to legislators.

"They do have enormous influence over the university budget and a person would be a fool not to pay attention to the people who control the gold, shall we say?" Heim said.

On Oct. 11, Cross sent an email asking how the news of his restructure was going over at the Capitol. One of the UW’s state liaisons Jeff Schoenfeldt wrote back that he had met with Reps. John Nygren, R-Marinette; Mark Born, R-Beaver Dam; Tyler Vorpagel, R-Plymouth; Mike Rohrkaste, R-Neenah; Joan Ballweg, R-Markesan; Romaine Quinn, R-Barron; and Sens. Jerry Petrowski, R-Marathon; and Dan Feyen, R-Fond du Lac.

"By and large, broad and widespread support from my people," Schoenfeldt told Cross.

Schoenfeldt said Republicans were also pleased with recent UW Board of Regents policy changes related to freedom of expression and hiring practices for chancellors and system presidents.

"Every office brought up the recent Board actions — and said that the changes to hiring practices and freedom of expression, coupled with this proposed merger, was really demonstrative of our being aggressive and forward thinking," wrote Schoenfeldt.

The reaction to Cross’s plan from many UW faculty, staff and students wasn’t so rosy.

"It doesn’t mean it wouldn’t be solved or it wouldn’t be addressed," she told WPR. "I think the faculty, staff and students that have been involved in shared governance would have welcomed the opportunity to be presented with a plan, a proposal."

Hassel said including faculty expertise earlier on could have avoided potential problems.

One example, said Hassel, was a recent vote by the Board of Regents to avoid accreditation issues for online degree programs. Under Cross's original plan, the online programs were to be administered by the UW System Administration Office. After consultation with The Higher Learning Commission accrediting agency, it was determined that online programs needed to be run by an accredited college or university.

Greg Scholtz is with the liberal-leaning American Association of University Professors. He said keeping faculty in the dark early in the process was wrong.

"If you don’t have the right process, you’re not going to get the right product, and we don’t believe that you can get a good decision-making product if you leave the faculty out of the equation," said Scholtz.

Michael Poliakoff with the more conservative American Council of Trustees and Alumni struck a similar tone.

"Public institutions gain public trust through transparency and they above all, pre-eminently, should be modeling open discourse, the kind of discourse that is appropriate for a free society," Poliakoff said.

One month after Cross’s restructuring proposal was unveiled the Board of Regents approved it with a vote of 16-2. An advisory steering committee was established to guide UW System Administration through the process. Most of its 25 members are administrators from the UW System and campuses across the state. There are two faculty, including Hassel, one staff member and one student. 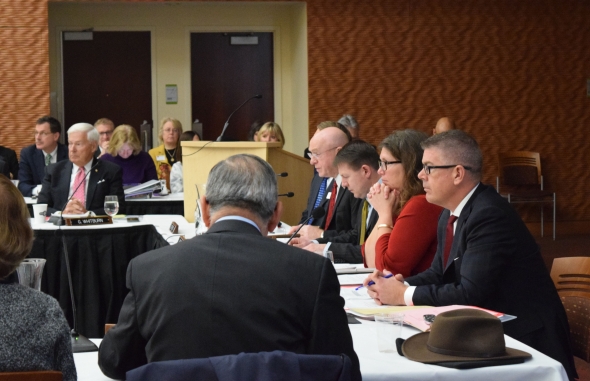 Cross was not available for an interview for this story but his spokeswoman Stephanie Marquis said after a rough introduction, stakeholders including shared governance groups are now involved in remaking the UW System.

"So, I think we would be the first to acknowledge that this wasn’t rolled out the way that we planned or that we anticipated or would have liked to do, but I think what’s really important is we have to move forward, think about what do we need to do for our students because that’s really what this is about," Marquis said.

Editor’s Note: Wisconsin Public Radio is a service of the University of Wisconsin-Extension and the Wisconsin Educational Communications Board.