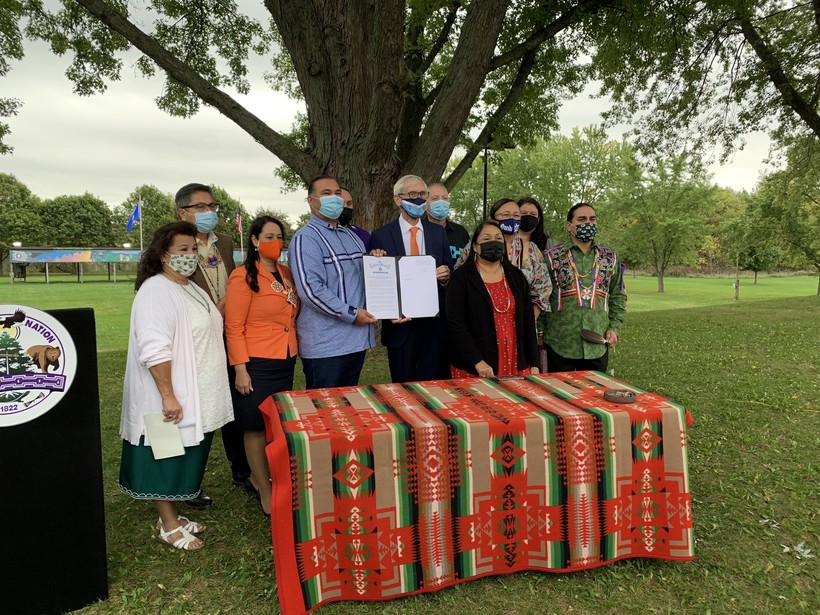 Evers apologizes for Indian boarding schools, calls for investigation into history of schools in Wisconsin

Wisconsin had at least 10 boarding and day schools for Native American children
By Megan Hart
Share:

On this Indigenous Peoples’ Day, Gov. Tony Evers signed an executive order apologizing for the state’s role in supporting Indian boarding schools. He’s also calling for an examination of the history of the schools in Wisconsin in conjunction with a national investigation announced earlier this year by the U.S. Department of Interior.

For more than 100 years, the federal government forced countless Native American children to attend day and boarding schools across the country, with the goal of assimilating the children into white culture and disconnecting them from their American Indian identities. Kids were prevented from practicing their traditions, according to a news release from the state. Wisconsin had at least 10 such schools, Evers said during an Indigenous Peoples’ Day event hosted by Oneida Nation.

"It’s estimated that thousands of Native American kids in Wisconsin were forced to attend one of these schools, leaving generations of trauma inflicted in Native families and communities, and a loss of language, culture and identity," Evers said.

Hundreds of children were also sent to boarding schools in other states, including Carlisle Indian Industrial School in Pennsylvania. More than 400 children from Oneida Nation were taken there, councilman Kirby Metoxen said.

Metoxen visited Carlisle, Pennsylvania, during a road trip. He saw a prison where Indigenous children were punished and the stadium where Jim Thorpe played. But he wasn’t prepared to encounter the school’s cemetery, he said. He felt overwhelmed when he saw Oneida children there, and he worked to have three of them disinterred and brought home. Four Oneida children remain in Carlisle, he said.

"I hope someday we will be able to bring the remaining four children from Carlisle back to Oneida," he said. 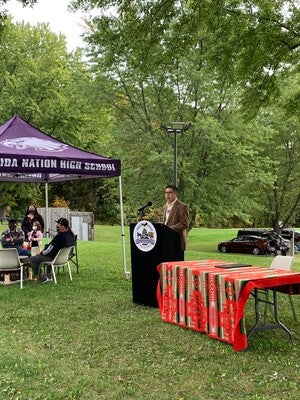 Several speakers on Monday highlighted the resilience that American Indian cultures have shown amidst the many injustices they have faced. The ceremony ended on a hopeful note, with the release of a juvenile bald eagle from Bay Beach Wildlife Sanctuary. The eagle is a significant animal, said councilwoman Marie Summers.

"When we send our prayers, he can send them up to the creator for us," she said.