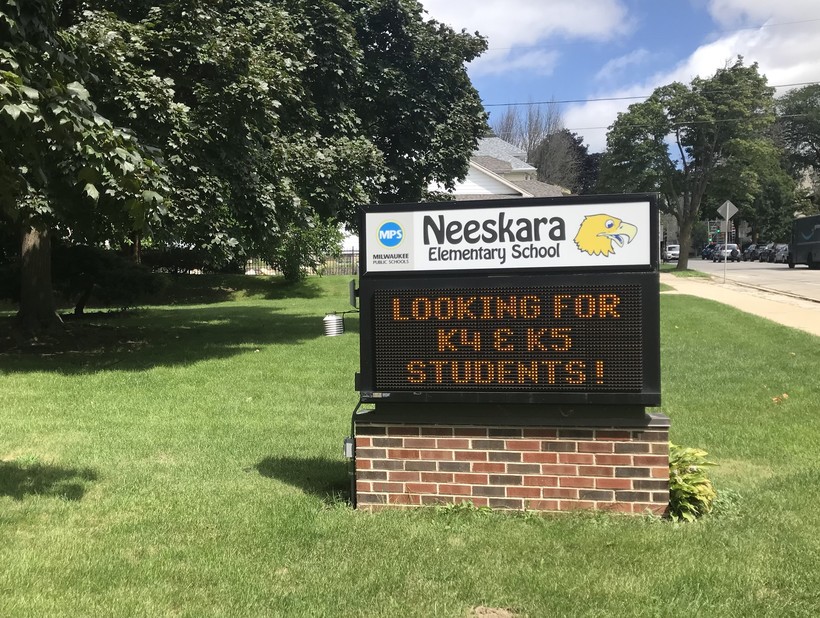 Enrollment in public school districts dropped 0.5 percent from September 2020 to September 2021 — less than the 3-percent drop seen last year but still larger than the 0.4 percent decline reported in 2019.

"What we saw last year was certainly a sharper decline in public school enrollment than typical, than we would see in that sort of long-term secular half a percent per year or thereabouts trend, and then a slowdown in the growth of the choice programs," said Dan Bush, DPI's director of school financial services. "This year, the shift between the two has continued to change a little bit more, but the overall counts between all the publicly funded school programs actually turn out pretty stable between 2020 and 2021."

Wisconsin schools will start to feel the COVID-19 enrollment declines in their general school aid as this year’s revenue limits and state funding are determined by a three-year rolling average of school enrollment that includes last year’s steep drop in the number of students at Wisconsin public schools. Bush said that's set to continue as last year's drop will remain in the average for two more years.

"At least for a period of time until that decline comes out of school district three-year averages, we're going to see the impact of COVID-19 on school district funding in Wisconsin," he said. "With the pandemic continuing to affect numbers this fall, that really won't shake out completely until 2025."

Schools saw a large decline last year, most of it driven by fewer families sending their kindergartners and pre-kindergartners to public, charter and parental choice program schools. The number of kids in virtual charter schools and homeschooling increased.

"When we see a decrease in enrollment, we know it's going to have an impact on students, because numbers here drive dollars toward the district," said MPS Superintendent Keith Posley.

However, he said MPS will likely see more students come into the district over the course of the school year. He said new students join the school's virtual program almost daily, and there are currently about 2,150 enrolled across its two virtual campuses.

"We have a number of students coming in, we will have students going out as well," said Posley. "We are seeing a number of individuals that basically move into the city, or we might run into students that have never gone to school before."

He said new students join the school's virtual program almost daily, and there are currently about 2,150 enrolled across its two virtual campuses.

In Kenosha — where local groups mobilized against some parents’ efforts to keep their students out on the Third Friday Count day that determines enrollment to protest the school’s COVID-19 precautions — there was a 0.2 percent decline in the number of students enrolled, much smaller than last year's 6.9 percent decrease, and smaller than decreases in the two years before the pandemic.

Enrollment also varied from district to district. Kim Kaukl, president of the Wisconsin Rural Schools Alliance, said his member districts didn't lose many students to virtual charter schools because of spottier broadband access in many rural areas. And while growth in homeschooling may have been a factor, he thinks more just opted out of school.

"Where I did hear from a lot of our folks is we were losing those early grade levels," he said. "It was just easier, I think, for parents to keep the young ones home. They didn’t want to put them in a situation where we still didn’t know a whole lot how the variant was going to impact students."

Rural schools were seeing fewer students enroll even before the pandemic, mostly because local businesses were shutting down or moving and families were moving into urban and suburban areas to find new jobs. Many of the schools also had smaller student populations to begin with, and the loss of two families in a district of 300 hits harder than losing 10 students in a district with tens of thousands of students.

School enrollment in Wisconsin, and in other parts of the country, has been on the decline since the late 1990s, when the children of baby boomers — who themselves drove record enrollment numbers — were in their peak schooling years. Four-year-old kindergarten programs helped offset some of that decline for a while, but they took a big hit last year, when enrollment dropped 15.8 percent. This year, schools saw 4K and preschool special education rebound with a 7 percent increase in enrollment.

Attendance is not legally required for 4K and kindergarten in Wisconsin.

Grades 1 through 12, which are subject to Wisconsin's mandatory school attendance laws, saw a 1.1 percent decrease in enrollment.

DPI will fill in more of the statewide enrollment picture in January, after analyzing data from families that homeschool and private schools that aren't in the parental choice programs, which have a later reporting deadline.

Though school enrollment numbers are used to determine how much money schools can pull in through a combination of state aid and property taxes, those revenue limits are based on a three-year "rolling" average of September enrollment and 40 percent of summer full-time enrollment, which means the averages used this year incorporate last year’s decline alongside the two pre-pandemic school years.

There is a declining enrollment exception, which provides a one-year top-up to what a district's revenue would have been if it hadn't seen a decline.

Editor's note: This story has been updated after DPI corrected erroneous enrollment numbers in its initial data release.