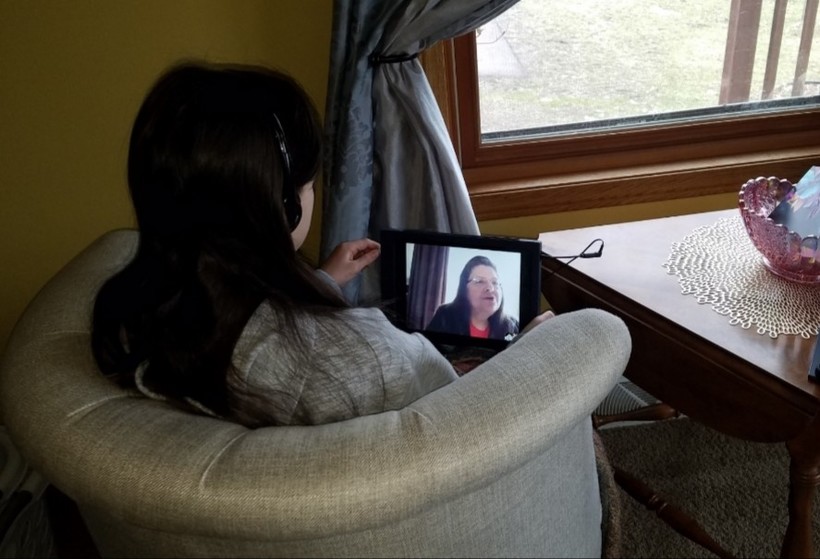 This Year May See Return To Brick-And-Mortars, Though Delta Variant Complicates Things
By Madeline Fox
Share:

When Wisconsin public schools saw their largest single-year decrease in enrollment in at least 25 years last fall, there were a few places those students ended up.

The largest drop was in pre-K and kindergarten enrollment. Because attendance in those grades is not required in Wisconsin, it’s possible some families decided to wait a year before starting school, in the hope that COVID-19 risk would be lower come the 2021-22 school year.

Although some students likely did transfer to private schools, which may have offered in-person options nearby school districts weren’t supplying in the fall, private schools also saw a decrease in enrollment last year, according to a Wisconsin Policy Forum report.

That drop wasn't entirely expected, said Mark Sommerhauser, who was the lead researcher on the report.

"There was this expectation that there might be this exodus to private schools out of the public school system," he said. "At least here in Wisconsin, that didn’t happen."

Data from the Wisconsin Department of Public Instruct shows state public school enrollment had one of the largest drops in decades in the 2020-21 school year. Graph courtesy of the Wisconsin Policy Forum

Homeschooling, by contrast, shot up by 47 percent over the preceding school year, its largest increase since at least 1984, according to the report. Homeschooled students made up about 3.25 percent of Wisconsin students in 2020-21, up from 2.2 percent the year before.

"We basically doubled in size, and were scrambling to hire teachers and adding administration between last August and December," said Sara Cutler, head of schools for Wisconsin Virtual Academy, Directions Career Academy and Insight Wisconsin, three schools in the K-12 online education network. "There were a lot of kiddos that came to us because they knew that we had been the lead of virtual education in the state."

Cutler said enrollment last year was around 4,100 students. This year, enrollment is still in flux — and concerns about the more contagious delta variant may push more families toward virtual schooling. Cutler said she’s getting daily calls from families who are interested in a virtual option.

"We knew that we weren’t going to be at the same rapid growth as we were last year, but we really anticipated a lot more families realizing that this is an option, and it provides an opportunity they may not get in their traditional school system," she said.

In a survey conducted in fall 2020, about 82 percent of parents nationwide who moved their kids out of their typical school because of the pandemic said they planned to return once things were safe. Sommerhauser said "safe" is a bit of a subjective and moving target when it comes to COVID-19 risk and kids, and what seemed like the best move for kids last fall may have changed after a year of switching up the way they learn.

"Maybe some people had a positive experience with homeschool or with virtual charters, so they changed their minds. Maybe they told a pollster in September that they planned to go back to their public school but they liked the experience they had in one of the other modes," he said. "It does feel a little more of a question mark, about what’s going to happen."

Cutler touted the flexibility of virtual learning through online charter schools, as well as their appeal for students with developmental differences that can make traditional classrooms or interactions with schoolmates overstimulating.

"We can be available when you need us, and we can be flexible for what you need," she said.

"This year our numbers are really more back to what a normal year would be," she said. "I don't know what to expect with August because as you've seen in the news, there is more and more coming out with what different school districts are doing, so I don't know what August is going to bring, but July has definitely been more of a normal expectation."

Data from the Wisconsin Department of Public Instruct shows pre-K and kindergarten enrollment had one of the largest drops in more than a decade in the 2020-21 school year. Graph courtesy of the Wisconsin Policy Forum

For traditional public schools, last year’s enrollment decline — and the possibility of low enrollment this coming year — has financial implications.

School districts’ revenue limits and funding are set, in part, by a three-year rolling average of their enrollment. One low year has the potential to drop that funding rate for the next three years — and another year of low enrollment exacerbates the issue.

In its budget outlook for the coming year, Milwaukee Public Schools projected an enrollment rebound, while the Madison Metropolitan School District was more cautious about COVID-19’s effects on student enrollment moving forward, though both estimates were set before the more contagious delta variant complicated the disease risk for students.

"It’s just extraordinarily difficult to predict how enrollment is going to rebound from a once-in-a-century pandemic," said Sommerhauser. "I just don’t know how precisely any district is going to be able to do that."