In this July 19, 2002 file photo, the Mackinac Bridge spans the Straits of Mackinac and is shown from Mackinaw City, Mich. Enbridge provided a report on alternatives to replacing its aging Line 5 under the Straits on Friday, June 15, 2018. Carlos Osorio/AP Photo

Opponents of Enbridge’s Line 5 oil and gas pipeline say the Canadian energy firm has been wrongfully claiming gas prices will further skyrocket in Wisconsin and Michigan if Line 5 is shut down, while company officials say economic impacts extend beyond prices at the pump.

The pipeline carries up to 23 million gallons of oil and natural gas liquids per day and spans 645 miles from Superior to Sarnia, Ontario. Environmental groups said Wednesday that Enbridge’s own expert found gas prices in Wisconsin and Michigan would only increase a half-cent per gallon if Line 5 were shut down.

The findings are detailed in court documents as part of a federal lawsuit filed in 2019 by the Bad River Band of Lake Superior Chippewa, which seeks to shut down the pipeline on tribal lands.

"These figures hardly reflect the crisis from a Line 5 shutdown that Enbridge seeks to portray as established fact," wrote the tribe’s attorneys in a May 26 filing. 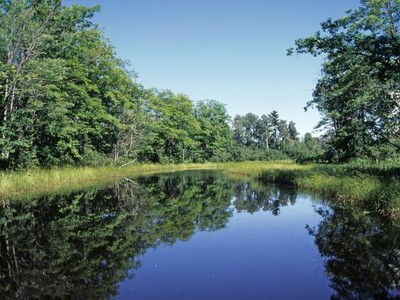 The state of Michigan has also been suing to shut down and remove Line 5 from the Straits of Mackinac, which connects Lakes Michigan and Huron.

"For five years we have had no fewer than three other energy experts confirm what Enbridge’s own expert now recognizes that Line 5 can shut down with little to no noticeable impact at the pump," said Beth Wallace, Great Lakes Freshwater Campaigns Manager with the National Wildlife Federation.

The report filed in the case by Enbridge’s expert Neil Earnest estimates the half-cent increase in gas, diesel and jet fuel costs would add up to a roughly $20 million increase each year in Wisconsin and $30 million annually in Michigan if Line 5 were shut down.

Enbridge spokesperson Ryan Duffy said those estimates don't include costs to replace Line 5 with other infrastructure, such as building rail capacity, to meet demand for fuels. He also added the projections were developed prior to the spike in global energy prices.

"It is clear that a shut-down of Line 5 would only add to the current disruption of the energy market, and would hurt hard-working families and small businesses in Michigan and throughout the region, at a time when they can least afford it," Duffy said in a statement.

Consumer Energy Alliance, an energy industry group, has said Michigan families and businesses would spend around $2 billion more on gasoline and diesel annually over a five-year period as a result of lost production at refineries if Line 5 is shutdown.

Duffy highlighted that Earnest’s testimony in April said a shutdown would have extreme impacts on Michigan and Ontario propane markets. Without a reroute, Enbridge’s expert argued propane shortages would last for a minimum of several years in the Upper Midwest. According to the filing, propane costs would rise by an estimated $30 million per year in lower Michigan, $8 million per year in the Upper Peninsula, and $4 million for Wisconsin consumers. 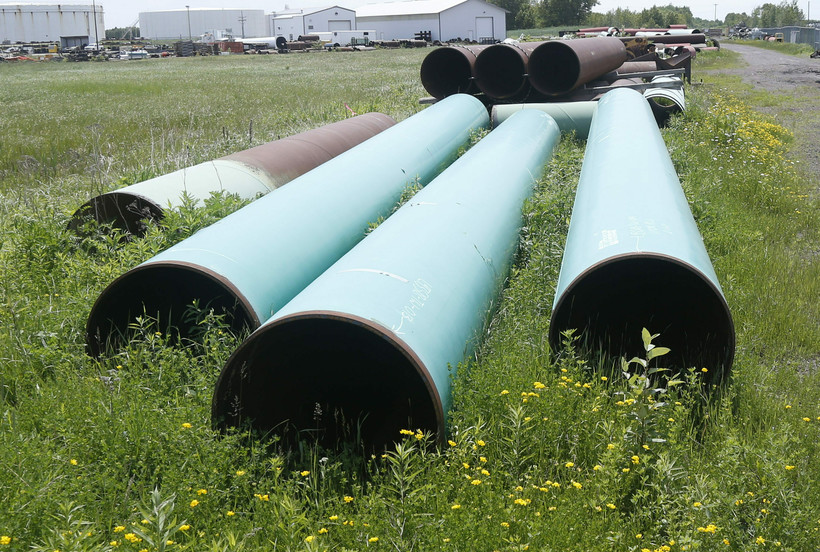 Enbridge’s expert also said a Line 5 shutdown would likely result in significant job losses due to the closure of natural gas liquid fractionation facilities that process those products and make propane available in Michigan, Wisconsin and Ontario. Those closures would include the Plains Midstream facility in Superior that accounts for roughly 7 percent of propane supply in Wisconsin and Minnesota. One estimate finds the closure of those facilities in Wisconsin and Michigan would result in the loss of 275 jobs and around $121 million in economic losses.

The filing also states a Line 5 shutdown would create crude oil shortages of up to nearly 335,000 barrels per day with shortages being most acute in Michigan, Ontario and western Pennsylvania. Duffy noted one University of Wisconsin expert estimated a 20 percent loss in output at refineries in Detroit and Toledo would lead to around $3 billion in annual losses to the area.

"Low-income households will be particularly impacted by shortages and price increases," wrote Corbett Grainger, an associate professor in the Agricultural & Applied Economics Department at the University of Wisconsin - Madison.

Grainger estimates more than 6,000 jobs and nearly $5 billion in economic losses may result from a Line 5 shutdown if refineries in Michigan and Ohio see less output and a Pennsylvania refinery closes. But, an expert for the tribe argues Grainger overestimates economic losses across the region while Earnest overstates increases in regional propane costs that represent a worst-case scenario.

Enbridge opponents argue the risk of a spill from Line 5 is far too great. The pipeline has never experienced a spill in the Great Lakes over its nearly 70 years of operation. But environmental groups highlight there have been more than 30 releases from the pipeline on land, spilling more than 1 million gallons of oil. The company’s pipelines have experienced the largest inland oil spills nationwide, including the 2010 Kalamazoo River spill in Michigan. That spill cost more than $1.2 billion to clean up.

"We've been very lucky that there hasn't been a spill yet in the 4.5 mile stretch over the Straits of Mackinac," said Sean McBrearty, campaign coordinator for Oil & Water Don’t Mix.

Wallace noted Enbridge has other pipelines capable of carrying the oil and natural gas liquids currently transported by Line 5. She said they’re asking the Canadian energy firm to utilize other parts of their network to move those products to market. 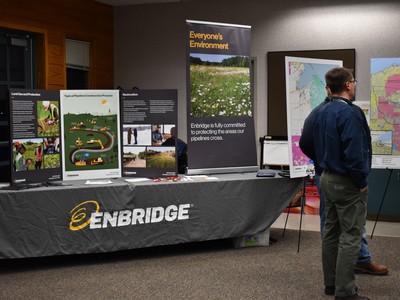 When asked whether that would shift more oil to Wisconsin, McBrearty disputed the notion and added no new pipelines would be required to handle the aging pipeline’s capacity.

"This would be temporarily using existing infrastructure ... And, really, we shouldn't be building any new pipelines," McBrearty said. "The (Intergovernmental Panel on Climate Change) says we have a very limited amount of time to address the climate crisis. We can't do that while building new pipelines."

Enbridge has proposed spending $500 million to build a tunnel that would house a new pipeline under the Straits of Mackinac to replace its aging pipeline. The company has also been pursuing a roughly 40-mile reroute of Line 5 across northern Wisconsin due to the Bad River tribe’s lawsuit. The Wisconsin Department of Natural Resources released a draft environmental impact statement of the company's $450 million plan earlier this year, which is still under review.

In a statement, Duffy said all energy infrastructure is needed now more than ever.

"The impact of ongoing inflationary pressures and the Ukraine War’s disruption to global energy markets has made this a particularly fraught time to be considering the closure of any oil pipelines, much less one as significant to the US and Canadian economies as Line 5," Duffy said.

Opponents argue Enbridge is exploiting the conflict in Ukraine and high gas prices to protect the company’s bottom line, which drew in nearly $2 billion in profits last quarter.