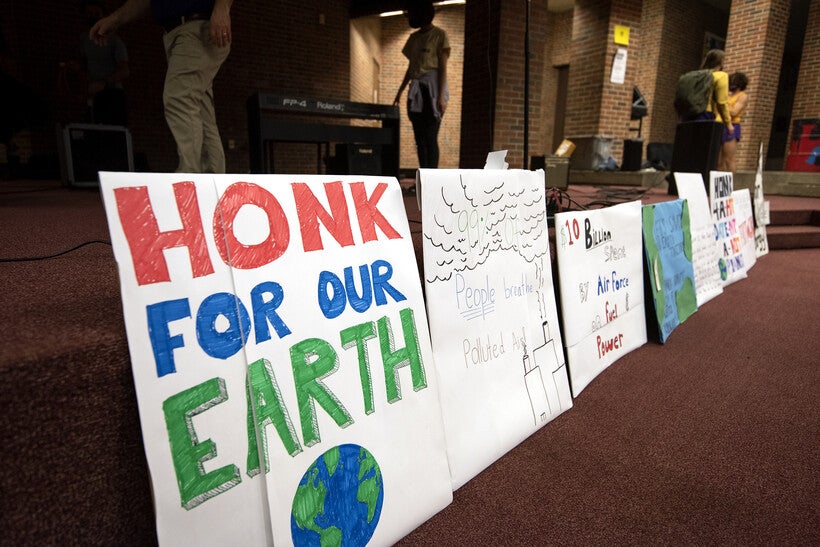 Signs made by Madison East High School students are set out during a rally Tuesday, April 22, 2022, in Madison, Wis. Angela Major/WPR

'The Earth is dying': On Earth Day, Wisconsin students are calling for climate action

For teenagers concerned about climate change, it's easy to see reason to worry.

"If people still believe that this is a hoax, I feel like, 'Come on — it's April and it was snowing the other day, it's storming today, tomorrow it's supposed to be like 78,'" said Tamaya Travis, a senior at Madison East High School. "Yeah, we live in the Midwest, and we have very unpredictable weather, but it's everywhere — it's snowing in places it never snows or usually doesn't snow, it's just getting ridiculous."

East High students had planned an outdoor protest with signs and speeches, but had to move inside because of the deluge of rain. The school jazz band played, Tamaya read a poem, and speakers emphasized the need for action and attention around the climate crisis. 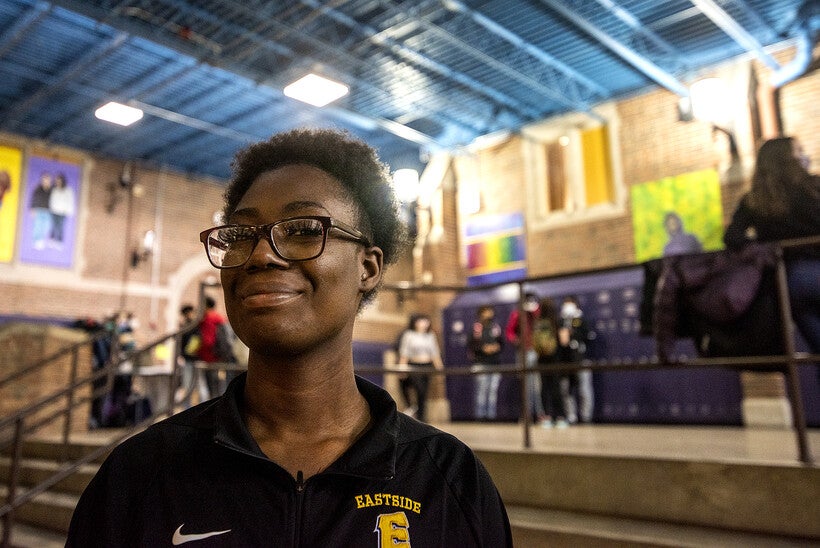 "It's one of our most brought-up topics because everybody is really concerned," Tamaya said. "We're like, 'The Earth is dying, y'all.' We don't want our Earth to die because, granted, we don't really like it here, but we want it to stay sustainable and functional, rather than the Earth just depleting."

Youth around the world — and around Wisconsin — have played a major role in the environmental movement. Dozens of children across the globe have sued their national governments to demand action to curb carbon emissions. In 2019, students walked out of their schools in a global climate strike.

They're also getting involved on a smaller scale.

Students at Milwaukee Public Schools involved in the United Nations World Fair focused specifically on the international organization's sustainability goals, learning about what actions can be taken to combat global warming and proposing solutions.

In Oconomowoc, a group of high school students have helped document the process of making a home more eco-friendly in the hopes of encouraging more Wisconsinites to curb their emissions. The youth organization Sunrise Movement Fox Valley has been protesting the Line 5 pipeline and rallying for clean water rights in the Appleton area.

"It's one of the most existentially threatening things to everyone, especially to my generation and the generations following me," he said. "It just felt like something I had to get involved with." 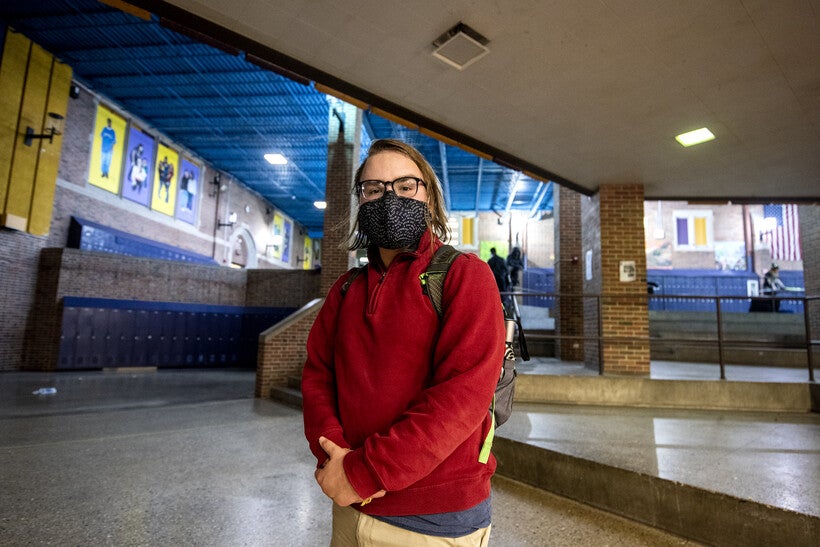 "(Climate change) is a big news story, so we're winning the publicity war, but what we're not winning is politicians or big companies, so the biggest thing I think we need to work on is getting actual change, not just theatrics from big business and government," Benjamin said. "It's got to be systems change."

Benjamin also said the climate is one of the two biggest topics of discussion at East High, after racism, but it's not always a hopeful conversation.

"There's a little optimism," he said. "We are teenagers, so it's mostly cynicism."