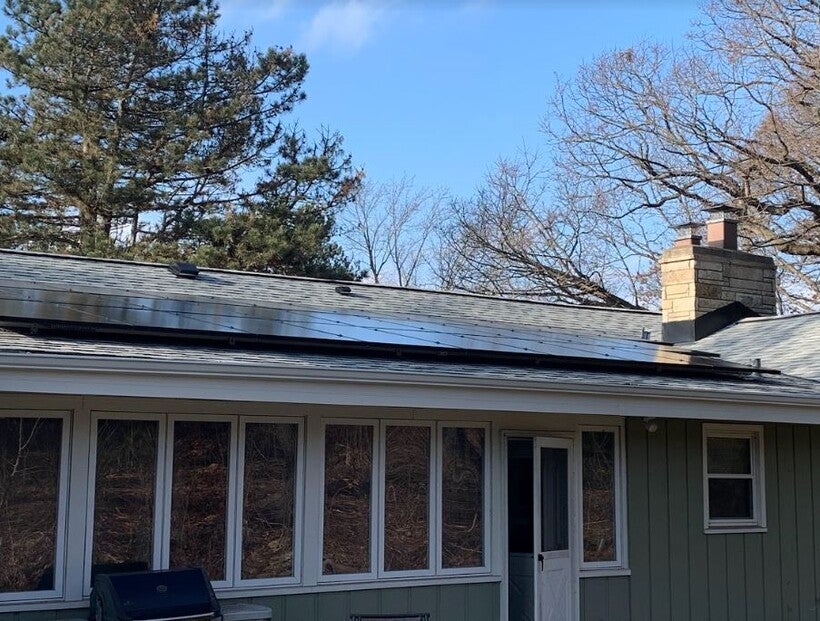 Lisa Geason-Bauer wanted to reduce her carbon footprint and her monthly utility bill.

She and her husband Mike bought their home in Nashotah four years ago, and they’ve been on a journey ever since to make it as energy efficient as possible. As owner of a sustainability consulting firm, Lisa felt it was important to use the least amount of energy to fuel their home.

"I don't want to use more than I need, and I want to limit the impacts of my business and my home on the natural world," she said.

The couple started with replacing appliances, adding LED lights and installing a new heating and cooling system. An energy audit afterward revealed the house had an energy efficiency ranking of 5 out of 10 using the U.S. Department of Energy’s Home Energy Score.

So, the couple set out to make upgrades to the outside of the home that included air sealing, new insulation, and a new roof with solar panels and battery storage. 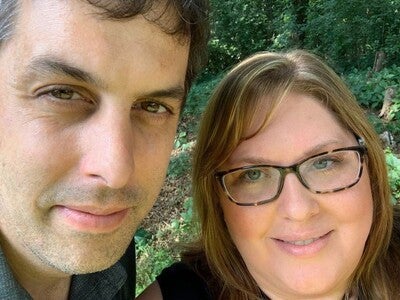 This Earth Day, she’s holding tours of their home to demonstrate changes people can make to reduce their energy use and emissions.

"The actions that we've taken at our home — these things are doable," she said. "We can stop climate change, or at least lessen it, but we all have to take action."

The residential sector accounted for about 22 percent of total U.S. energy consumption in 2020, according to the Energy Information Administration. That adds up to roughly 20 percent of the nation’s greenhouse gas emissions.

Tom Content, executive director of the Citizens Utility Board, said they see a lot of interest from homeowners who want to have more control over their energy use.

Climate scientists have urged drastic reductions in carbon emissions to avoid the worst effects of climate change. One 2017 analysis by the national Natural Resources Defense Council found energy efficiency improvements in the residential sector could reduce carbon emissions by as much as 550 million metric tons each year by 2050.

As part of improvements to her home, Lisa installed a 10.2 kilowatt system of 30 solar panels that provide around 10,200 kilowatt hours of electricity, which is close to the amount of energy they used in 2020. 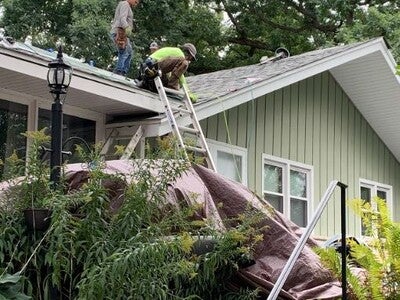 Contractors install a new roof as part of energy efficiency upgrades at the Geason-Bauer home in Nashotah. Photo courtesy of Lisa Geason-Bauer

To pay for it, they refinanced their home through a green mortgage program. Green mortgages encourage energy efficiency or renewable energy upgrades by offering homeowners a better rate or more borrowing capacity to make improvements.

Homeowners can repay the costs of those upgrades over time as part of their mortgage, and the extra costs are typically made up through savings on monthly utility bills. The average green financing amount available from lenders for energy upgrades is typically about 15 percent of the home's value, according to West Allis-based Green Homeowners United.

Lisa was also able to take advantage of a 26 percent federal tax credit for installing the solar system and 17 kilowatts of battery storage.

Now, she said her house has a Home Energy Score of 10 after the latest energy audit. The couple invested roughly $80,000 total in energy upgrades, but she noted the cost of energy efficiency improvements varies for every home. She expects to spend between $30 and $40 per month on energy costs or between five and six times less than her average monthly utility bill.

"We're saving over 150 bucks a month just on heating and cooling," she said. "It’s amazing."

She said the monthly savings will help them pay down the principal on their mortgage, allowing them to pay off their home in 18 years instead of the 30-year term.

Wisconsin’s $100 million energy efficiency program, Focus on Energy, provides incentives for residents and businesses to install cost-effective energy efficiency and renewable energy projects. In 2019 and 2020, nearly 16 million tons of carbon emissions were avoided through the program, providing annual emissions benefits of about $110 million.

Content, of the Citizens Utility Board, said homeowners like Lisa who have installed battery storage will be more resilient to power outages as climate change causes more frequent, intense storms.

"Her solar panels are actually charging the battery and if the power were to go out, the home could keep running thanks to that battery," said Content. 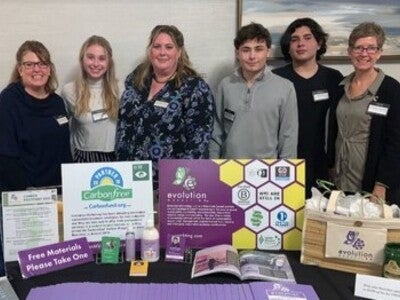 As part of the renovations, Lisa also enlisted the help of Oconomowoc High School students to help educate people about steps they can take to make their homes more energy efficient.

The students interviewed people working on Lisa’s home, and they’re documenting the renovations in Spanish and English on the website for her business Evolution Marketing. High school senior Alan said he took part because he wants to be an architect.

"I thought that it was going to be a good idea to be part of the project because I will learn more about it or what I’m going to use in the future," he said.

Before documenting the renovations, students like senior Makaila said they didn’t realize all the improvements that could be made to lessen a home’s energy use and carbon footprint.

"Applying it to my actual real life has opened my eyes up to so many different options and ways you can make the world a better place and more sustainable," she said.