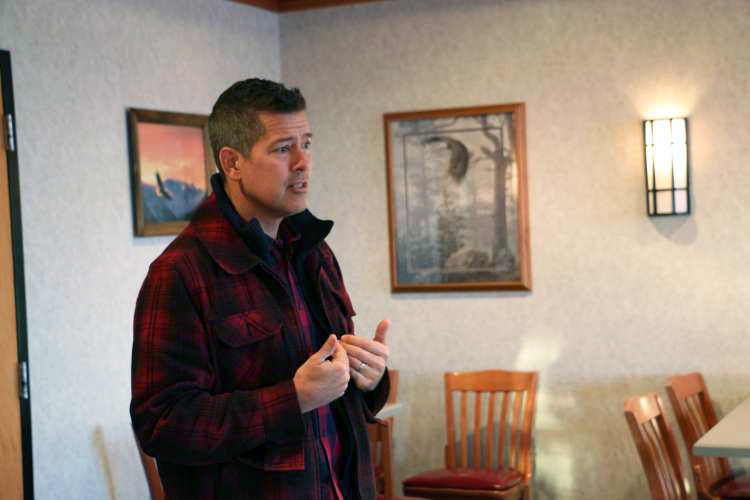 Duffy's Resignation In Trump Country Has Both Parties Readying For Battle

7th Congressional District Swung Hard For Trump In 2016. Can It Swing Back?
By Rob Mentzer
Share:

On the night he was first elected to Congress in 2010, Sean Duffy used a phrase in his victory speech that today sounds like foreshadowing of Donald Trump's presidential campaign slogan.

Six years later, Wisconsin's 7th Congressional District would give Trump his largest winning margins in the state. And Duffy, a Republican from Wausau, would go on to become one of the president's staunch congressional allies.

In August, Duffy announced he would leave Congress, citing complications in the pregnancy of his wife, Fox News commentator Rachel Campos Duffy. His last day in office is Monday; the resignation will trigger a special election, but Gov. Tony Evers has not announced the date for that election yet.

The looming election has both Democrats and Republicans taking a new look at the district, which includes much of the Northwoods and northwestern Wisconsin, and asking whether it’s possible that Democratic enthusiasm might make even the state’s rural Trump strongholds electorally competitive again.

"The 7th Congressional District has never been a stronghold of either party," said Christine Bremer Muggli, a Wausau attorney who is active in Democratic Party politics. "We have a group of people in our district who are very independent. It’s swung between Democrats and Republicans."

For more than 40 years, the district was held by Democratic Rep. Dave Obey. It went to President Barack Obama in 2008. But it was never an overwhelmingly blue district. Obey retired ahead of a Republican wave election in 2010 that swept Duffy into office. Redistricting made the district more Republican — but demographic trends even more so.

Joe Handrick, a former Republican state representative and an election data analyst who was a consultant in the 2011 redistricting efforts, noted Duffy won his first election before redistricting, and that based on voting margins he would have been re-elected in every election since in the old district. What has changed, he said, is the rural turn toward Republicans that started in 2014 and accelerated in the Trump era.

"The 7th District is overwhelmingly rural," Handrick said. "It has very few suburbs in it."

The suburbs have been a source of GOP weakness in the Trump era, as especially some college-educated women, Handrick said, have tended to swing to Democrats. The 7th Congressional District’s largest population center is in Wausau and Marathon County, and it includes St. Croix County in western Wisconsin, a suburban Minneapolis district where Democrats have seen gains in recent years. But a huge number of the district's more than two dozen counties are sparsely populated, and mostly vote Republican.

Duffy's own comfortable re-election margin barely changed from 2016 to 2018, even as Democrats made big gains across the state in midterms. But Handrick notes that a special election can level the playing field even in places with a strong partisan lean.

The key swing area for a special election, Handrick said, is probably the "Highway 51 corridor" of Marathon, Lincoln and Oneida counties.

"If Democrats are going to make a run at the 7th District, they’re going to have to flip those counties from Republican to Democrat to have any chance of offsetting the vast majority of the district, which is Republican," Handrick said. 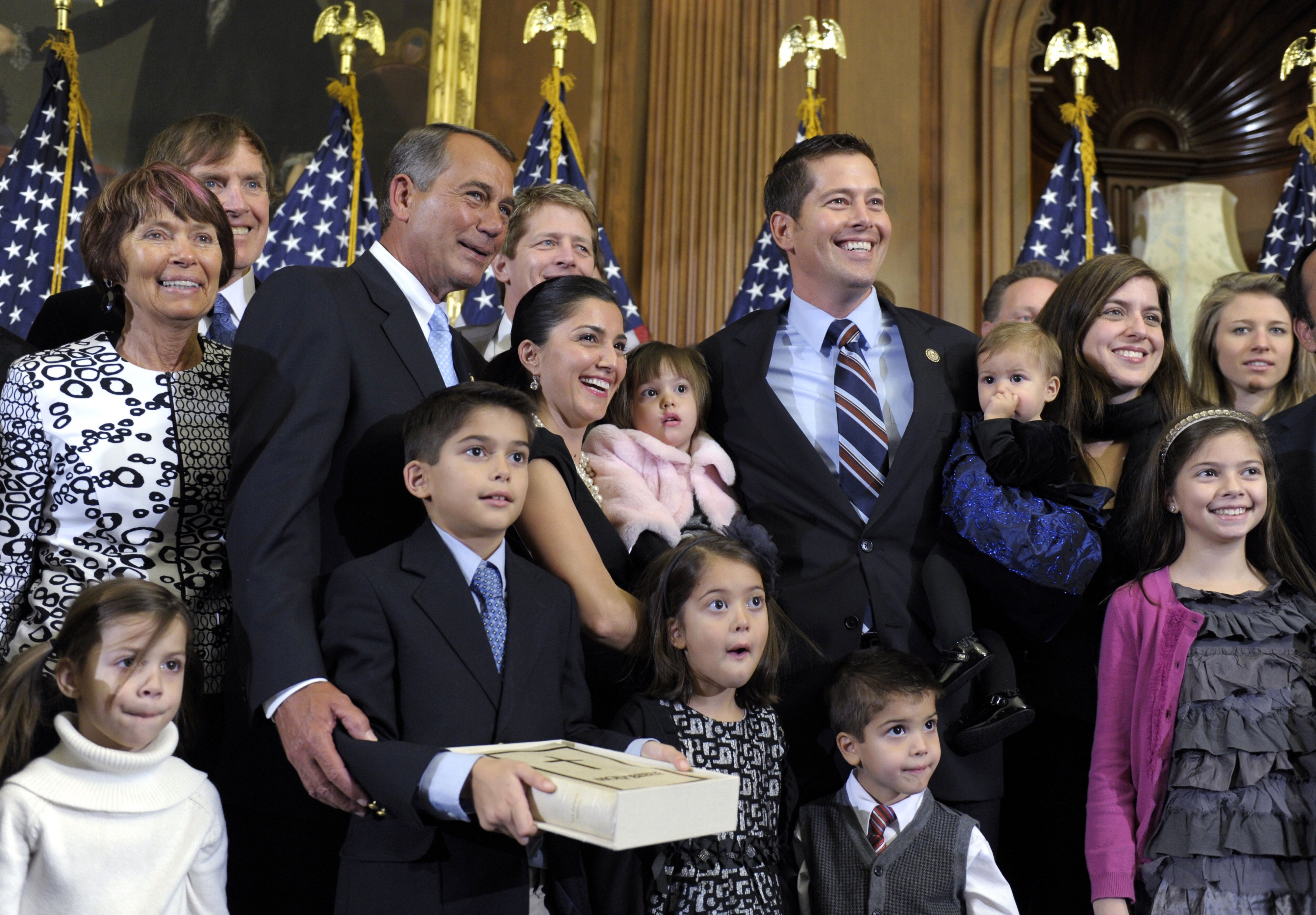 Duffy Was Trump-Skeptical, But Became A Booster

In 2015, Duffy, like many in his party, was skeptical about then-presidential candidate Trump. On a Sept. 3, 2015 appearance on WPR’s "Route 51" with Campos Duffy, the couple joked about Trump’s history of donating to Democrats, and Duffy cast doubt on whether conservative voters should trust Trump.

"Is (Trump) really a conservative?" Duffy asked. "Is he going to advocate if he gets to the White House for the policies you believe in? I think his history: the answer is no, that’s not going to happen. And I think conservatives will probably swing from Trump to another candidate."

After supporting other Republicans for president, Duffy did not endorse any candidate in Wisconsin’s 2016 primary. At the state’s Republican convention in May 2016, Duffy sounded almost apologetic when he talked about the GOP's candidate.

Maybe it’s a "taboo topic" to raise Trump’s name, Duffy told the assembled Republican Party members, and "I know everybody here didn’t vote for Donald Trump. But most everybody in my district did. He won there."

What followed, though, was a strong call for Republican voters to unite behind their candidate in order to defeat then-Democratic presidential candidate Hillary Clinton.

Duffy’s reading of his district proved correct. It voted overwhelmingly for Trump in 2016, in many counties by margins of more than 25 points. In Northwoods Florence County, voters chose Trump by a margin of 71.6 percent to 25.1 percent, the largest pro-Trump differential in the state.

"Duffy was a catalyst," said Jim Miller, the Republican Party chairman of the district. "I’ll give him all the credit in the world. … People wanted to go their own way, and it was like, no, this is what we need to do. And we saw (Trump's) success."

By the time the 2018 midterms rolled around, Duffy’s campaign was buying Facebook ads that said "There’s Only One Candidate For Congress Who Will Support President Trump." By May of this year, he was inviting Facebook friends to sign Trump’s birthday card.

Candidates Ready For A Long Race

Only one candidate, state Sen. Tom Tiffany, R-Minocqua, has officially declared a run for Congress in the district so far. Tiffany said in the week of Duffy’s resignation that he expected there to be a primary in the GOP race, and several other candidates have said they are considering a run.

Among Democrats, state Rep. Nick Milroy, D-South Range, and Wausau School Board president Tricia Zunker are among those considering a run.

A spokeswoman for Evers told WPR the law forbids the governor from setting a special election date before the congressman’s resignation is official, and no announcement would come until at least Monday.

On Wednesday, the Cap Times in an editorial called on Evers to call the special election for this year, rather than waiting for next spring. Some experts had speculated that holding the special election in April, on the same day as the state’s Democratic presidential primary, could drive turnout for the Democratic congressional candidate.

Bremer Muggli, the Wausau attorney, said regardless of when the special election happens, it will be just the first political fight for the 7th Congressional District.