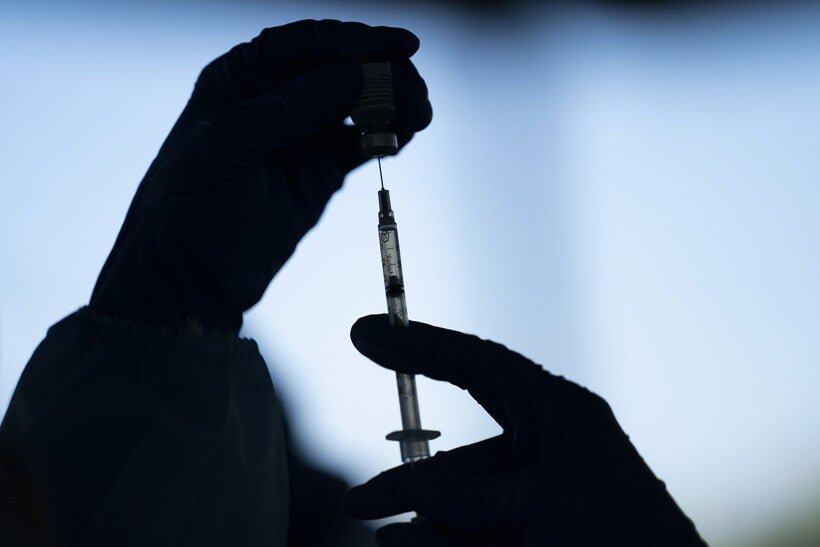 Wisconsin health officials are hoping independent pharmacies and local health departments can help speed up the COVID-19 vaccine rollout at assisted living facilities across the state.

All 380 of Wisconsin’s skilled nursing facilities have held initial vaccination clinics, according to Willems Van Dijk. But there are more than 4,300 assisted living facilities in the state. On Wednesday, she spoke on WPR's “The Morning Show" about how Walgreens and CVS have asked for help reaching those facilities. That’s where health departments and independent pharmacies will come in, Willems Van Dijk said.

The state of West Virginia, which has outpaced almost every other state when it comes to administering its allotted doses of vaccine, is the only one that opted out of the federal pharmacy program. According to NPR reporting, Walgreens and CVS aren't common there. This is why West Virginian health officials contracted 250 mostly independent pharmacies to deliver vaccine to nursing homes and assisted living residents and staff across the state.

The number of doses tied up in the pharmacy program is one of the reasons Wisconsin lags behind in terms of vaccinations, Willems Van Dijk said. As of Tuesday, data from the Centers for Disease Control and Prevention showed West Virginia has administered nearly 12,000 doses per 100,000 residents compared to about 5,500 in Wisconsin.

Almost one-third of the state’s doses — about 200,000 as of last week — were allotted for the federal pharmacy program, Willems Van Dijk said. As of Tuesday, CVS and Walgreens had administered about 41,000 of those doses.

On Tuesday, data from CVS showed the pharmacy chain has held initial vaccination clinics at 11 percent of the 1,673 Wisconsin assisted living facilities it's set to partner with. Meanwhile, the company has completed initial vaccination clinics in several other states. Most have smaller populations than Wisconsin, but the list does include Florida, where CVS has administered 47,772 doses at assisted living facilities compared to 3,355 in Wisconsin. (Wisconsin will make up some ground this week when only California, Maryland, Massachusetts and Pennsylvania have more initial dose clinics scheduled with CVS.)

So far, Wisconsin has used about 46 percent of its nearly 700,000 allotted doses, according to the New York Times. Willems Van Dijk noted allotted doses includes those in transit. It can take more than a week from when DHS orders more vaccine to when it arrives in the hands of vaccinators. But Colorado, which has a similar population to Wisconsin, has used more than 60 percent of its doses.

"One of the things we're doing is working very close with CVS and Walgreens to see how many of those vaccines do they actually need, and if they don't need all of them, can we pull some of them back and get them into our local system here in Wisconsin to vaccinate," she said. 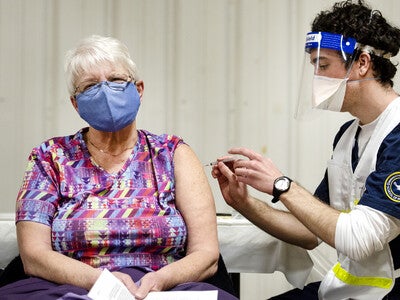 DHS is also working with vaccinators to make sure they're not sitting on stockpiles of vaccine, she said. Now that Wisconsin is vaccinating those who are 65 and older, there are plenty of vaccine candidates across the state, she said.

So far, Wisconsin is about halfway through Phase 1a of its vaccination plan, which includes frontline health care workers and residents and staff at long-term care facilities, Willems Van Dijk said.

The coronavirus pandemic has hit Wisconsin's nursing homes hard. Data from the AARP is sobering: In the four weeks leading up to Dec. 20, nearly three of every 100 nursing home residents in the state died of COVID-19.