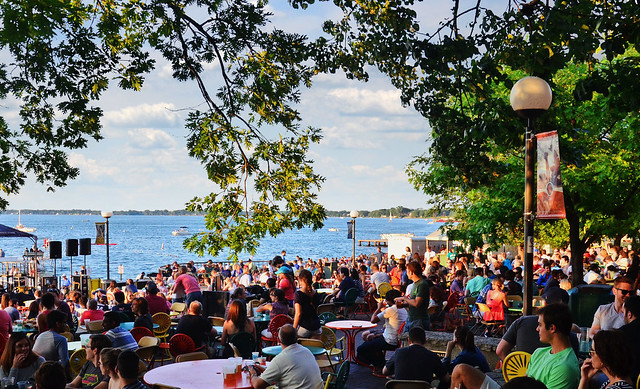 The Memorial Union terrace in Madison is a common spot for socializing for students like those in Brandon Taylor's novel 'Real Life.' Richard Hurd (CC-BY)

Author Brandon Taylor Explores Being The 'Other' As A Graduate Student At UW-Madison
By Judith Siers-Poisson and J. Carlisle Larsen
Share:

Before becoming  the writer and editor that he is today, Brandon Taylor was a doctoral student and biomedical researcher at the University of Wisconsin-Madison. And it is that period of his life that he draws on heavily for his debut novel, “Real Life.”

In it, readers follow Wallace, a young, black, queer man from the South trying to find his place as a graduate student in a mostly white Midwest college town that is the Madison of Taylor’s own experiences.

Through Wallace’s eyes, Taylor communicates the relief of being somewhere that he can remake himself, while also feeling on the outside of the dominant culture.

"I spent a lot of time feeling kind of lonely, and on the edge of things," he said.

As the story progresses, it’s clear that Wallace has walled off experiences and emotions in order to maintain a sense of control and balance. But as often happens, when he begins to allow some feelings through, it is increasingly difficult to be selective in what he is feeling.

"I wanted to explore what happens when that dam begins to break," Taylor said,"and to sort of chart, not only the feelings of the moment, but like that long, lifetime history of all the buried stuff that he just didn’t let himself feel, just to survive it."

Many social circles can seem small, and that it is difficult to exist beyond the limited group of the people you interact with often. And graduate school can seem even more claustrophobic, with the people you work alongside of, go to class with, sometimes share a living space with and ultimately compete against for jobs all being the same small circle.

"That's one of the thing I’m most interested in, is like the inherent messiness of human connection, and human relation," Taylor explained, "and you know like when you’re a grad student, you’re trying to figure out so many things about your life, and like love lives, and dating within programs, it’s always such a fraught space."

Taylor’s depiction of the outsider status with which Wallace struggles is echoed in another debut novel by an African American author — "Everywhere You Don’t Belong" by Gabriel Bump. Taylor agreed.

"I do think that that is something that, when I talk to my other black friends, that's something that comes up a lot. We talk a lot about feeling kind of both wanted in these spaces, and also like very unwanted," he said. "It’s incredibly difficult. It’s a really challenging thing to navigate, you know, even progressive spaces, as a person of color. Because often these progressive spaces, as accepting, and, you know, progressive and liberal as they are, they also sit upon a bedrock of … white fragility and white supremacy."

While Taylor sees specific challenges for people of color, he shared that it is part of being human that a single person can hurt others, and be hurt, depending on the time and circumstances. And while he was telling the story mainly from Wallace’s perspective, he did feel more empathy for the other characters and their experiences as well.

"I was really determined to write that nuanced reality. Because it’s not that people are bad, or evil. It’s just that it’s hard to be a person in the world," he said. "And even when you do your best, sometimes it's not enough. And sometimes it does do harm ... No one is perfect, no one is 100 percent right. And that when you live in a society, you both participate in doing harm, and you are harmed by it." 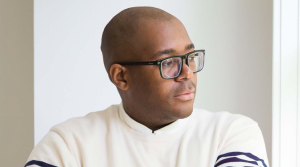 We speak with scientist-turned-novelist Brandon Taylor about his debut novel Real Life and his experience living in Madison as a University of Wisconsin graduate student.