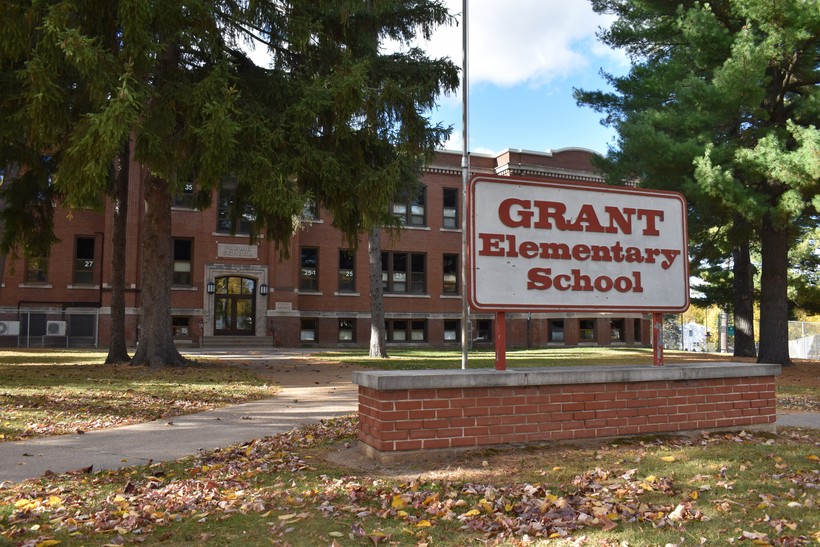 A referendum on the November ballot in Wausau would make the city's Lincoln Elementary School a Montessori school, and would build a new elementary school at the site of Grant Elementary, which would combine students from Grant and Lincoln schools. Rob Mentzer/WPR

Members of the Hmong community in Wausau say a proposed school referendum was created without enough input from neighborhoods where people of color live. They're asking residents to vote against the plan, which school leaders say would modernize school infrastructure and improve pupil services.

Residents of the Wausau School District face two referendum questions on November ballots. The first, worth $155 million, would fund elementary school upgrades and other building needs, while a $3 million second referendum would add staff for pupil services, including counseling and special education staff. Because the district is on the verge of paying off old debt from prior building projects and because interest rates remain low for borrowers, neither would increase taxes in the district.

That makes the conflict that has arisen around Wausau's referendum unusual. It's common for school referendum fights to be framed around tax and fiscal issues. In extreme cases, districts have faced severe staff cuts and even sought dissolution after voters rejected local tax increases, as happened in the rural Palmyra-Eagle School District in 2019. It's also the case that voters in Wisconsin have approved the great majority of school spending referendums in recent years, including in spring elections this year.

At issue in Wausau is a plan to combine two neighborhood elementary schools into one. Lincoln Elementary, on the city's southwest side, would become a kindergarten-through-eighth-grade Montessori school, and students at Lincoln would attend school at a new elementary school, currently the city's Grant Elementary.

Opponents of the plan say that's a disruption in the lives of Lincoln school families, who are disproportionately Hmong and working-class compared to other neighborhoods in the city — and that the district didn't do enough to involve those families in its planning process.

"Families of the working poor, families who are disenfranchised or who are at a disadvantage — this community doesn't feel (they have) the access to engage" with the school board, said Mary Thao, a former school board member who has been an active opponent of the referendum plan. "Not hearing from these communities doesn't automatically give the board ... the opportunity to change the lives of the most vulnerable."

One focus of opponents has been the process by which the school board arrived at its plan. An earlier version of the proposal would have shifted students from suburban Rib Mountain; the board changed its plans after parents there objected.

Wausau School Board members said the district tried to engage with the community around Lincoln Elementary, but had limited success, especially as some of the planning for the referendum happened during the pandemic when their ability to do in-person canvassing or community education was limited.

"It's unfortunate that communities have felt excluded," said Wausau School Board president Tricia Zunker, who is also a Democratic candidate for Congress. "We don't want that. We take inclusivity very seriously."

But Thao and other critics pointed out that no people of color were part of a district task force that helped form the plan for the referendum. Some school board members acknowledged problems with the process and said the district will try to improve community outreach in the future.

"I want this (referendum) to happen, but I want everyone to be included," said Ka Lo, the only member of the Wausau School Board who is Hmong.

Opponents of the plan have also made substantive claims about the referendum that are not supported. The new elementary school would not be the largest in the district, and multiple board members said class sizes there would not increase.

"We have guidelines for class sizes," said school board member Beth Martin, and the district would add class sections if class sizes consistently exceeded those guidelines.

Lo voted in favor of presenting the referendum to voters, and she said there are still many elements of the plan she supports and thinks would be better for students.

"When I started elementary school, I went to a brand-new (school building)," Lo said. "I knew that the kids who lived along the river on the west side never had anything like that. ... A new school has a different energy. Parents are excited; teachers are excited. That's what I based my decision on."

Lo was surprised by the complaints that arose about the plan, including the objection that the district had not done enough to involve people of color. She said she later met with a group of Hmong elders who asked her about how the process was handled, and ultimately said they would recommend that members of the Hmong community vote "no." About 12 percent of Wausau's population is Asian, and the great majority of those residents are Hmong.

Martin said she hopes voters approve the referendum and allow the district to address persistent maintenance and infrastructure concerns. If voters say "no," the district might present a similar plan again in the future, because of the physical needs for the district's infrastructure.

A "no" vote would also reduce property taxes for those in the district, which might make passing a new referendum more challenging, as it would come with a tax increase.

Zunker said the referendum plan is an "incredible opportunity — a 21st-century school for 21st-century learning."