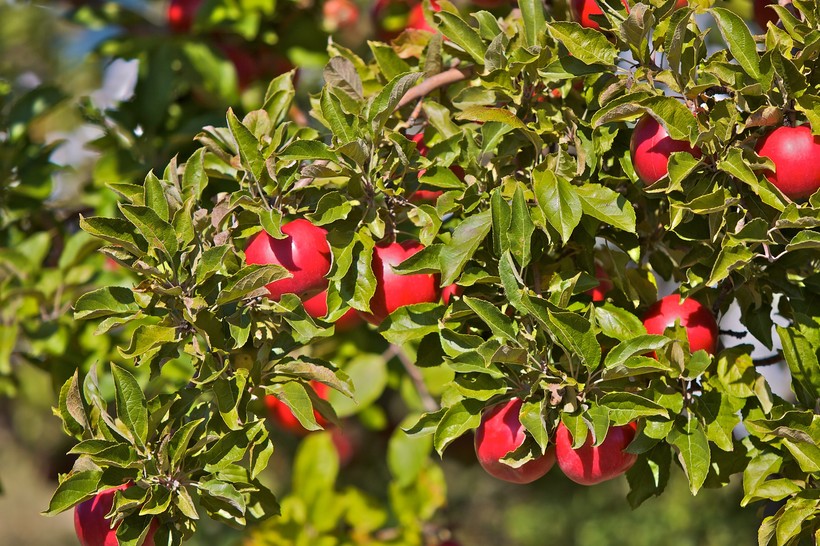 Continued drought conditions in Wisconsin are putting stress on the state’s fruit and vegetable crops.

Almost 48 percent of the rest of the state is under abnormally dry conditions, including in northwestern, north central and the Door County peninsula regions.

Amaya Atucha is a fruit crop specialist for the University of Wisconsin-Madison’s Division of Extension. She said the hot and dry conditions over the last few weeks have put stress on everything from strawberry plants to apple orchards.

Most of the berry varieties grown in Wisconsin are not adapted to dry conditions, Atucha said. Plants may prematurely drop fruit or end up growing smaller berries, but most berry growers have been able to compensate for lack of rain through built-in irrigation systems that they use for frost control.

While irrigation isn’t as common in apple orchards and vineyards, Atucha said most producers are likely finding ways to water their plants too.

Fruit crops need adequate moisture at all stages of growth, she said, and without it, fruit quality and yields will suffer.

"We are about bloom time (for vineyards), so if there's a lot of stress, it's very possible that fruit set is affected. So you may end up with clusters that are incomplete, they don't have all of the berries and obviously that is going to impact the overall yield at the end of the season," Atucha said.

She said apple trees may drop fruit if they’re under too much stress as a way to lower their demand for water.

And Atucha warns the impact of drought stress could extend beyond this year’s crop.

"I don’t think a lot of people realize this, that when you have perennial crops as fruit crops, that many of the physiological processes tend to overlap," Atucha said. "Even though we’re just seeing the fruit of this year, starting right now, flowers for next year are going to come to form in those buds, that are going to have to survive the winter to next year."

That development, called flower initiation, could be affected if the plants don’t have enough water, Atucha said.

"If it rains, the vines will recover. So there will be an immediate impact on the vines or the trees right now, on this year’s crop or potentially next year, but it's not a lasting effect," Atucha said. 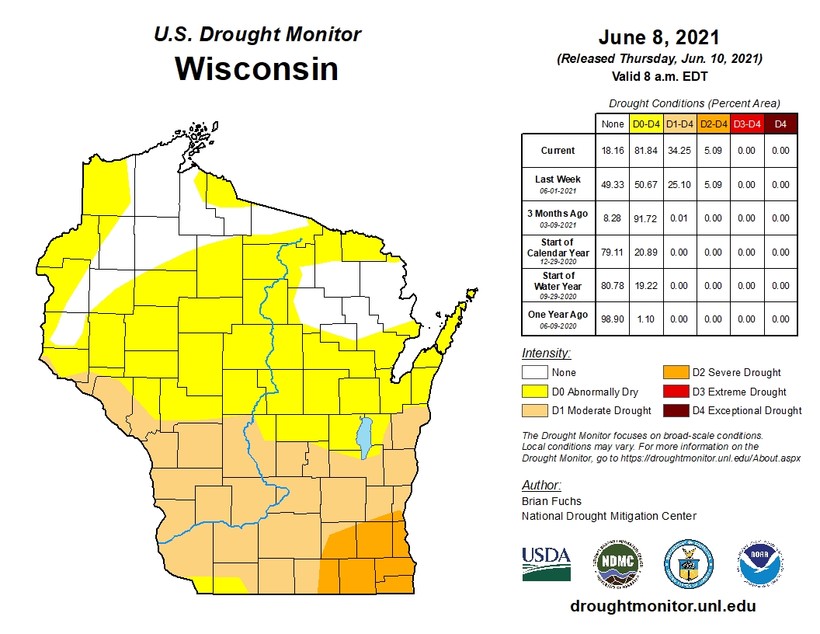 Cole Lubinski manages the UW-Extension’s Langlade Research Station, which supports the state’s potato industry. He said his area has gotten enough moisture so far this year, but farms in the Central Sands have had irrigation systems running around the clock.

"Vegetable crops, they’re considered a high-moisture crop, so it’s very crucial to keep proper soil moisture levels," Lubinski said. "When you have weeks like last week where there was a lot of heat and you get put on electrical (peak) control, where you can’t run your system if it's run by electric, then you’re going hours without water for your crop."

He said operating irrigation systems can be costly for producers, but they’re necessary to keep crops on track despite the weather.

And Lubinski said many farmers would prefer to have to use them than be inundated with rain like in 2019.

"A lot of people kind of hope for a little bit drier of a year, not a wet year, because they can monitor the amount of moisture going to their crops more precisely versus getting some big rainfalls where they can't control that," Lubinski said. "But obviously you don't want a season where there's no rain because then you're having to tap into your water supply more than you want to."

If drought conditions continue this summer, Lubinski said farmers who use irrigation ponds for their water supply may have to turn to other sources. But he said producers using high capacity wells that tap directly into the water table likely won’t run into an issue, given that water levels have been higher than normal in recent years.