Little Known About More Than A Handful Of The 3K Chemicals
By Phoebe Petrovic
Share:

As concern over such contamination grows among government officials and state residents, confusion over how best to regulate them remains.

PFAS refers to a class of per- and poly-fluorinated compounds found in household items such as non-stick cookware and water-resistant clothing, as well as firefighting foam.

They can be hazardous to human health if ingested. According to the Centers for Disease Control and Prevention's toxicology agency, studies have shown certain PFAS compounds might reduce fertility in women, affect immune systems, increase cancer risk and more.

The most extensively studied PFAS compounds are the two most commonly found, PFOA  (perfluorooctanoic acid) and PFOS (perfluorooctane sulfonic acid). These are the compounds for which the federal Environmental Protection Agency maintains a lifetime exposure health advisory in independent or combined amounts of 70 parts per trillion. The EPA has pledged to develop an enforceable, maximum drinking water level for PFOA and PFOS by the end of 2019.

Wisconsin's Department of Health Services is currently working on an enforceable standard for the same two PFAS compounds in concert with its Department of Natural Resources.

But the PFAS class contains an estimated 3,000 to 4,000 different compounds, and over 20 types have been found in sites across Wisconsin. In Madison, the water utility tested one of its wells for 30 compounds and detected 10. 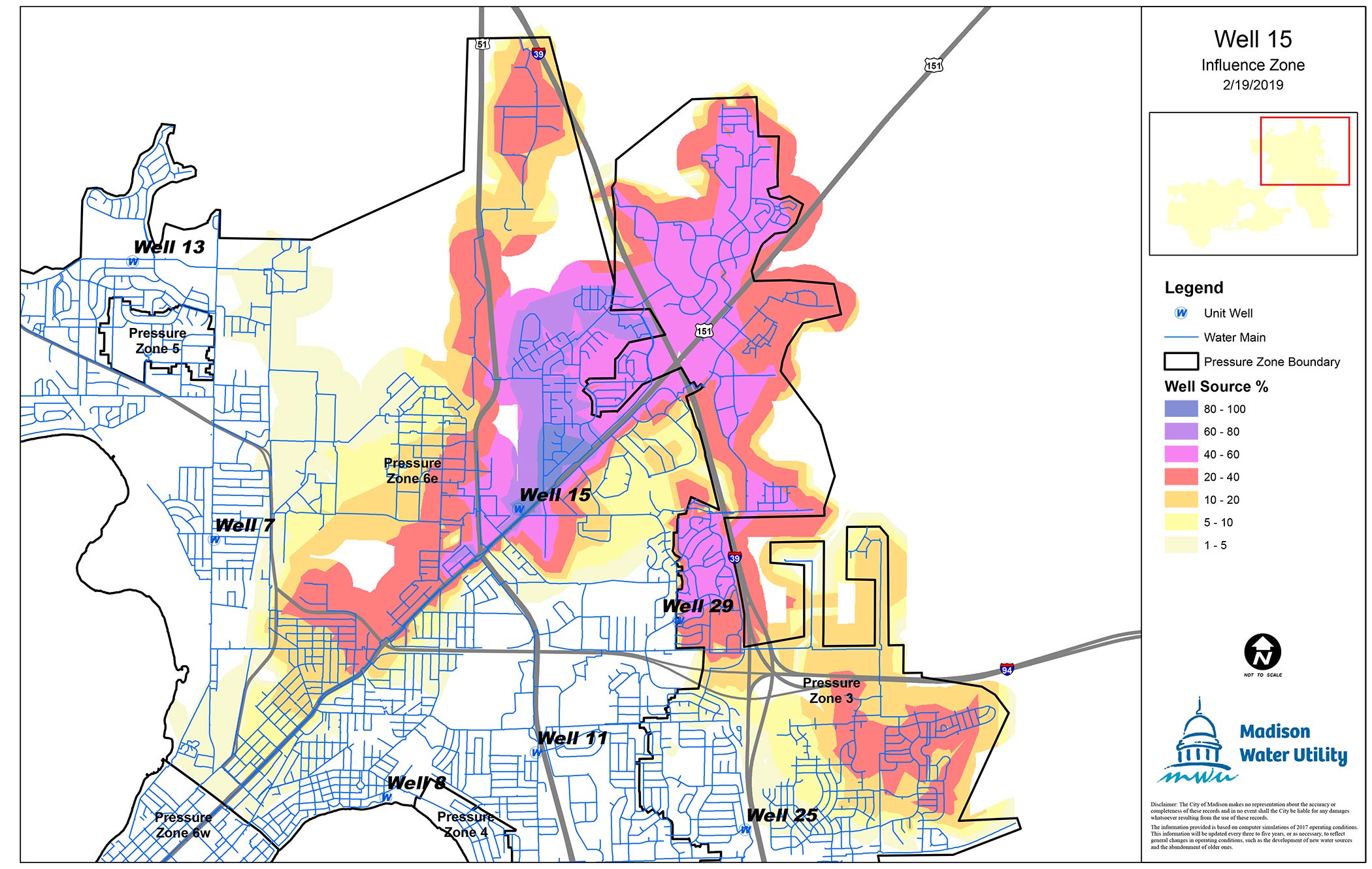 Some residents say solely considering the two most common PFAS compounds is inadequate and dangerous.

Citizens for Safe Water Around Badger, or CSWAB, a grassroots activist group led by Laura Olah, originally petitioned the DNR to set a statewide, enforceable standard for PFAS in groundwater, which it has asked DHS to develop based on the most reliable and current scientific research. They have since petitioned the DNR to expand the list of PFAS investigated and regulated to include the other compounds found in Wisconsin, which the DNR accepted in January.

Bruce Rheineck, the groundwater section chief for the DNR, said the department plans to submit the expanded list of PFAS to DHS for consideration once it has completed analyzing the toxins currently under review.

Residents have expressed concerns that if some of the compounds have proven to be dangerous, others might as well.

CSWAB asked state officials to establish a standard for the summed-total concentration of all PFAS.

Whether DHS's recommendation will contain such remains unclear. Steven Elmore, director of the DNR's Drinking Water and Groundwater Program, wrote in a January letter: "Until DHS reviews the available scientific information, it is unknown whether or not a summed-total concentration is an appropriate approach."

"We don’t want to put apples and oranges together in the same standard if they don’t have the same effects," Rheineck said.

"We’re finding that some of these PFAS compounds affect certain organ systems while others affect different toxicological endpoints which makes it difficult to simply do an additive number for a toxicity factor," Hedman said.

Hedman also emphasized that the bulk of toxicological studies pertain to the two most common PFAS compounds, which is why these are the ones currently under review.

As the research develops, Hedman said, their recommendations will as well.

CSWAB’s Olah noted, however, that creating class-wide health standards for toxic chemicals is not uncommon.

Nine states currently have some form of regulation or advisory on safe PFAS levels, according to the Association of State Drinking Water Administrators. Connecticut, Massachusetts and Vermont include the summed-total concentration of five PFAS compounds — PFOA, PFOS, PFNA, PFHxS and PFHpA — in their water. Connecticut and Massachusetts set theirs at 70 parts per trillion, in line with the EPA, but Vermont's is far lower, at 20 parts per trillion.

Attention around the former Badger Army Ammunition Plant in Sauk County provides a case study for the concern over PFAS, as well as the lack of clarity over their regulation. 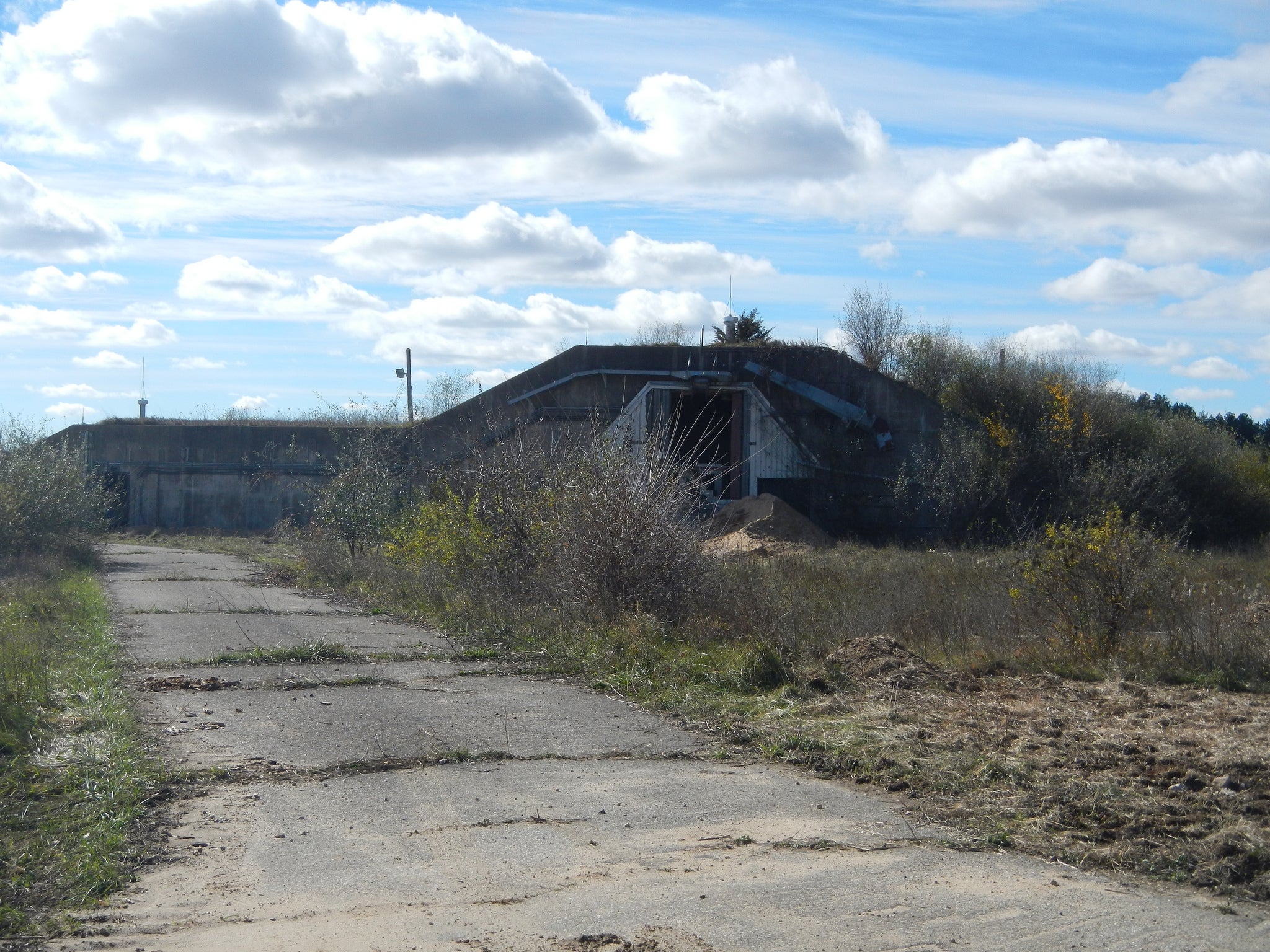 Cleanup at the decommissioned plant has lasted years, since the 1990s, and soil and water samples have shown a litany of contaminants, from mercury and lead to carbon tetrachloride and dioxane.

The DNR doesn't consider U.S. Army activities at fault for the low concentrations of PFAS identified around the Badger site, according to Steve Ales, who works on remediation and redevelopment for the agency.

"We are uncertain of the source," Ales said by email.

Still, Army representatives presented their test results, obtained in May 2018, at a Army Restoration Advisory Board meeting in November.

Bryan Lynch, of the Army’s Environmental Command, told residents that the highest sample of PFOA and PFOS found in groundwater was 19.5 parts per trillion.

The Army's full dataset shows, however, that they tested for as many as 14 PFAS compounds, and that in the same sample that showed 19.5 parts per trillion of PFOA and PFOS, they detected notable amounts of four other PFAS compounds. The summed-total concentration is over 82 parts per trillion. Two of these previously undisclosed compounds — PFHpA and PFHxs — are regulated through a summed-concentration formula (combined with PFOA and PFOS) in Connecticut, Massachusetts and Vermont.

"There should have been full disclosure here," said Olah.

She recently obtained the full data from the Army after requesting it because she could not attend the November meeting when it was discussed. She then published it on CSWAB's website.

"The Army released the information about the sampling results to the community for the two PFAS with lifetime health advisory levels, PFOA and PFOS, at the November RAB (Restoration Advisory Board) meeting," Kropp said.

Kropp said the Army is working on a report detailing the full results, but that it is delayed until the fall because, once preliminary results showed the PFOA and PFOS levels beneath the EPA’s health advisory, the Badger Army Ammunition Plant became a lower priority. 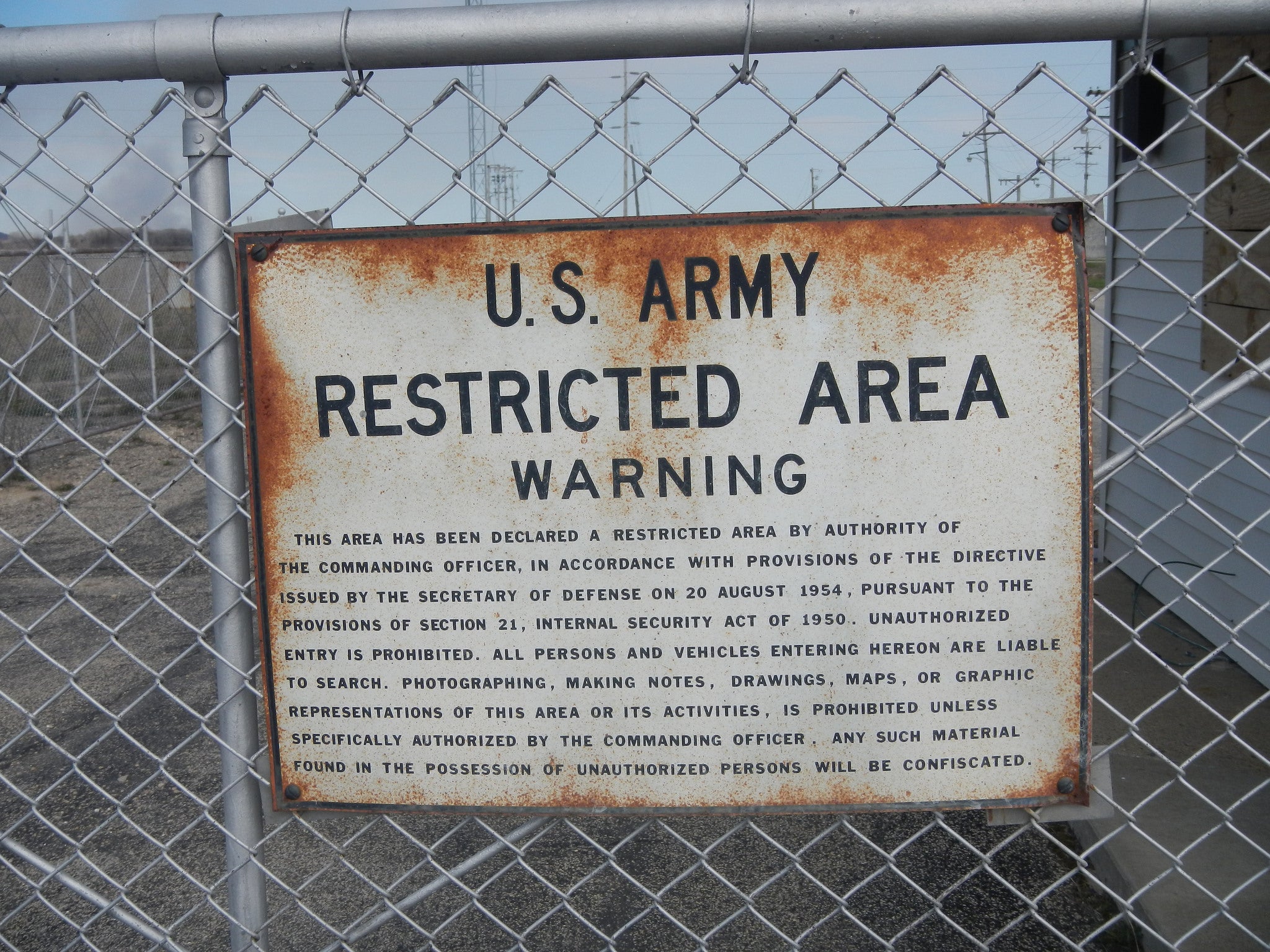 "The Army’s first priority is to ensure humans are not drinking water above the EPA’s lifetime health advisory. We have had to prioritize our efforts across the nation and focus on those installations where a known or suspected release of PFOA or PFOS has occurred," she said.

Olah maintains that the Army should have disclosed the full results of PFAS detection during the November meeting, not solely the ones addressed by the EPA’s advisory.

"We should have been provided with complete information. We’re the people drinking the water. It’s affecting our property, our families. They have no right to edit what information we have access to and not," Olah said. "Everybody left our public meeting understanding there was not a problem, and the information provided was incomplete."

Olah says the higher summed-concentration of the six PFAS compounds provides "a stronger basis" for testing nearby drinking wells, which her organization has requested.

The Army has no current plans to test the wells surrounding Badger, Kropp said.

"Our decisions all have to be risk-based," she said, adding that per the EPA’s current standard of 70 parts per trillion for individual or combined PFOA and PFOS, the tests around Badger have not shown a health risk.

But Olah said her organization is seeking formal opinions from state officials about whether or not the levels of the additional PFAS compounds found around the defunct ammunition plant are safe or not.

CSWAB submitted letters to both the DNR and DHS explaining the situation this week. The group asked DHS for the "safe health-based numerical threshold (concentration) for all of the detected PFAS compounds combined and individually at Badger," and asked the DNR whether or not it recommends the testing of wells beyond the plant’s property.

Members of the public will have a chance to ask state and Army officials questions regarding PFAS contamination around Badger next week. On March 20, the Army will hold its next Restoration Advisory Board meeting at the River Arts Center in Prairie du Sac. Kropp said they will discuss the full PFAS results