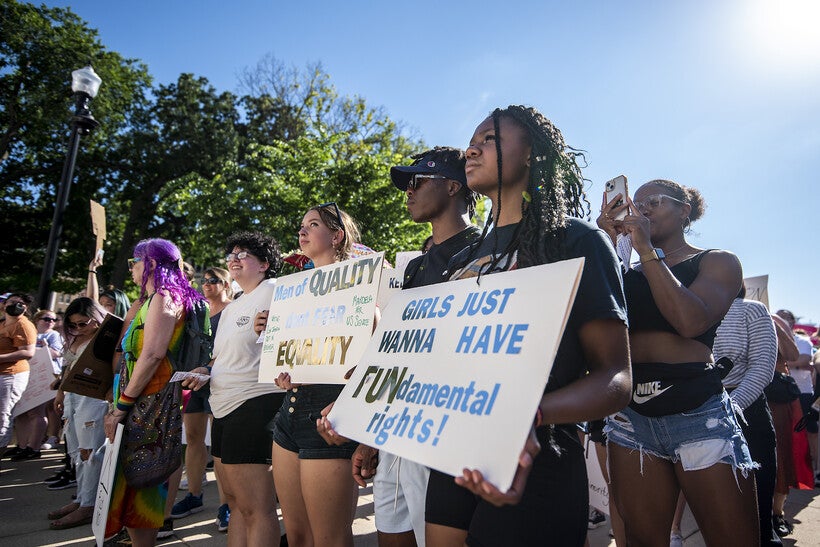 Protesters gather to express opposition to the Supreme Court’s decision to overturn Roe vs. Wade on Friday, June 24, 2022, in Madison, Wis. Angela Major/WPR

'This is an everyone issue': 1K abortion rights supporters rally in Madison 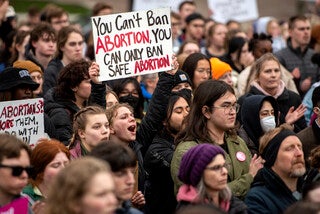 "This is the state refusing us power over our own bodies" said Crystal Ellis of Freedom Inc., one of the rally’s speakers. "This decision is an infuriating violation of our liberties."

With Roe v. Wade no longer in place, Wisconsin reverts to a near total ban and criminalization of abortions first written into state law in 1849. Earlier this week, Democratic Gov. Tony Evers, called a special session of the state Legislature to overturn that ban, but it was immediately adjourned by GOP leaders in both chambers.

"The Legislature had a chance to repeal a 200-year-old abortion ban and they didn't," she said. "These politicians do not care about us." 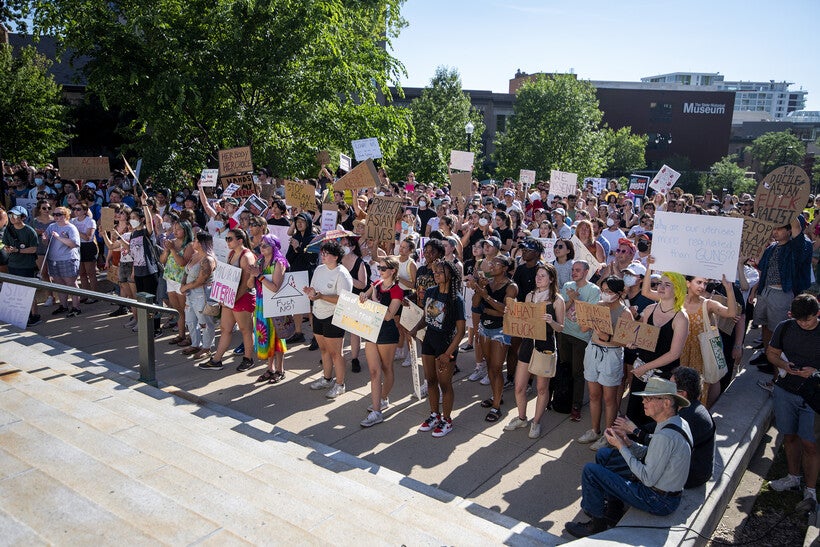 In the crowd, which stretched across the Capitol lawn, protesters of all ages held signs with slogans such as "Abortion is health care," "My body, my choice," and "Girls just wanna have fundamental rights."

Speaking to the crowd, state Rep. Francesca Hong, D-Madison, said protesters encourage her in her work at the Capitol.

"Every time I'm working in that building and I just want to stop because it is immoral at times, I keep going because I know I am in community with all of you," she said.

Hong further described her frustrations with state and national government, regarding not only abortion policy but also a lack of gun restrictions in the U.S. In a separate decision this week, the U.S. Supreme Court limited states' ability to restrict where people can carry guns.

"We live in a country where we are regulating uteruses but not guns, where we are suppressing votes, but tolerating hate," Hong said. "I am devastated, and I am tired." 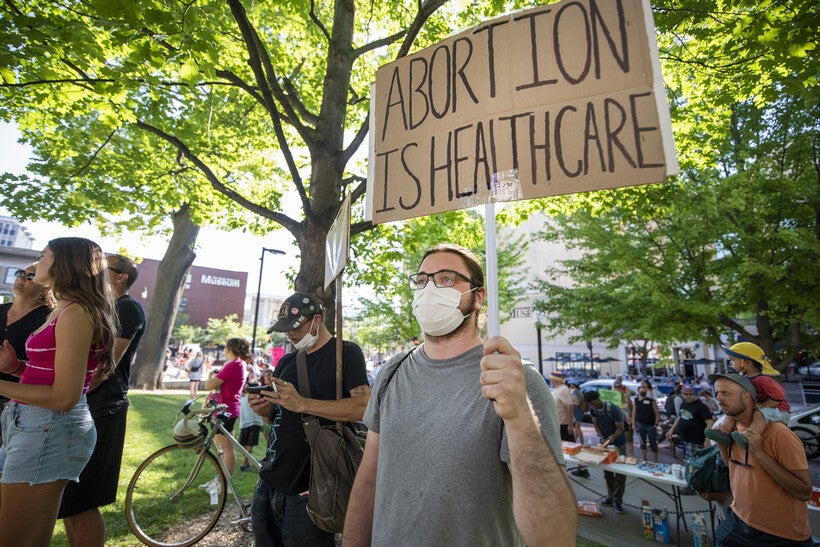 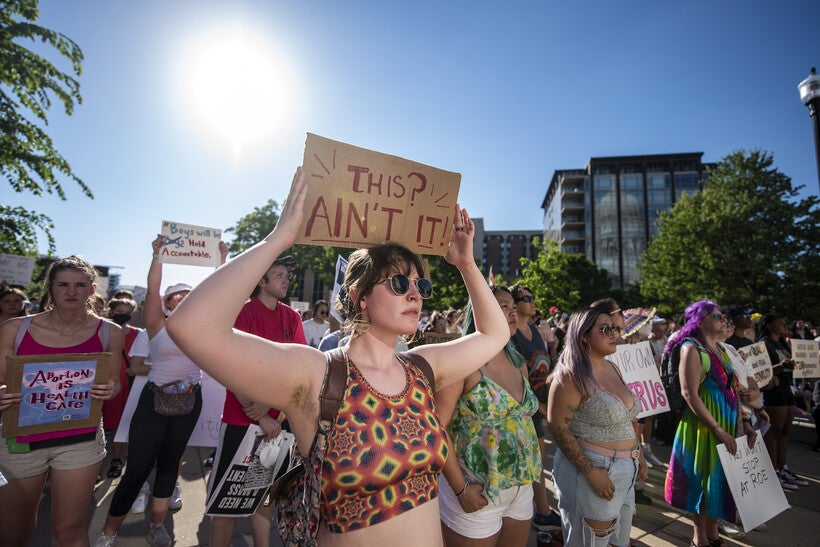 Protesters stand with signs in opposition to the Supreme Court’s decision to overturn Roe vs. Wade on Friday, June 24, 2022, in Madison, Wis. Angela Major/WPR

The protest, organized by Madison Socialist Feminist Collective, took place on the steps of the state Capitol. Protesters marched around the Capitol after the final speech, chanting and shouting while some blocked off roads with their cars.

Standing at the edge of the ongoing march, protestor Caelliegh Olson said she believes abortion shouldn't be a partisan topic.

"This isn't a Democratic issue, this isn't a Republican issue," Olson said. "This is an everyone issue."

No Wisconsin clinics are providing abortions as of Friday after SCOTUS struck down Roe v. Wade 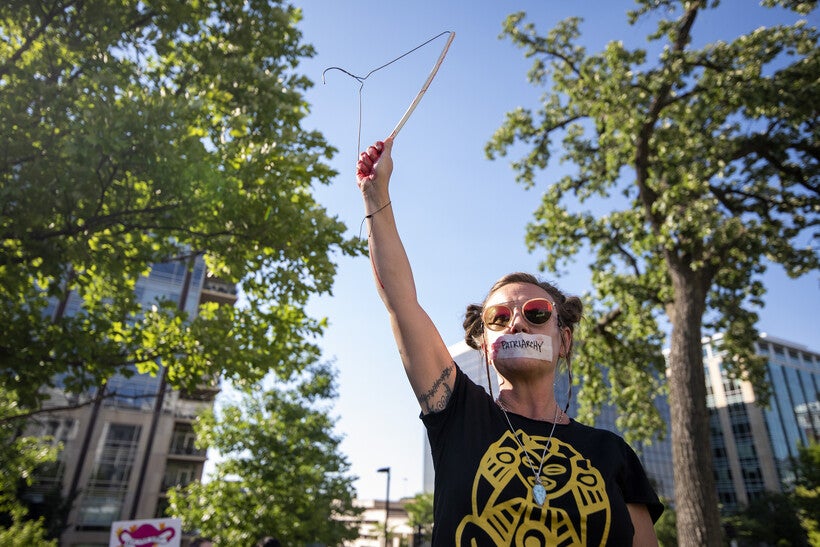 Mandy Groves of Madison attends a protest in support of abortion access following the Supreme Court’s decision to overturn Roe vs. Wade on Friday, June 24, 2022, in Madison, Wis. Angela Major/WPR