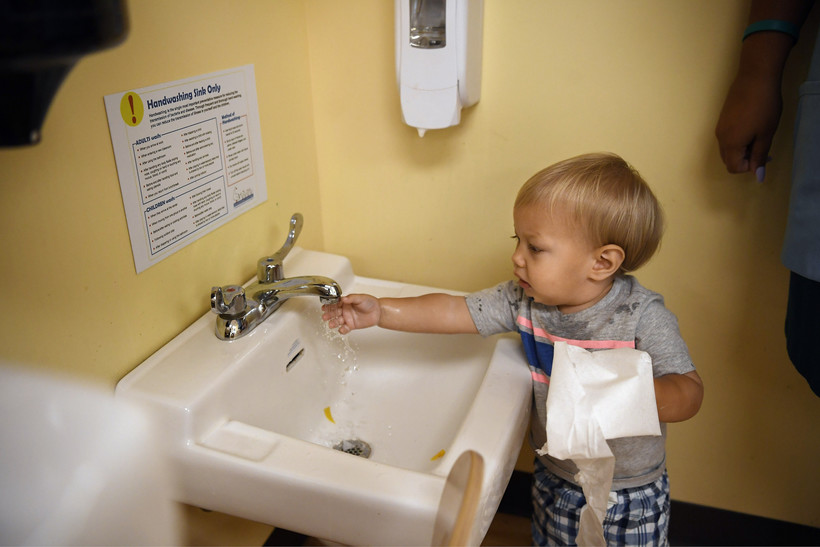 The spike in RSV infections has not abated, but it's now circulating along with flu and COVID-19 viruses
By Rob Mentzer
Share:

A spike in a respiratory virus that's dangerous to children, an early-arriving flu season and continued COVID-19 infections have health officials warning Wisconsinites to take precautions to minimize the spread of disease.

Health officials say especially those who are traveling for the holidays this year should get vaccinated against COVID-19 and flu, wash their hands thoroughly, disinfect surfaces and take other steps to avoid exposing others to illnesses.

Of particular concern this year is RSV, or respiratory syncytial virus. For adults, its symptoms are typically those of a mild cold. But the virus can be severe in children, especially those less than a year old, and it poses risks to older people and those with suppressed immune systems.

RSV cases began to rise in October, and according to data from the state Department of Health Services, that rise has continued through this month. It's the dominant strain of respiratory virus in the state, and all regions have seen increases in infections in recent weeks.

In a call with media last week, Dr. Jasmine Zapata, a pediatrician who heads DHS' Bureau of Community Health Promotion, acknowledged that the disease's spread can cause anxiety for the parents of young children.

"This can be a very scary time," Zapata said. "But we want you all to remember that there are preventive measures that you can take to help prevent the spread of COVID-19, flu and RSV in your children."

Vaccines are available for both COVID-19 and influenza, though not for RSV.

RSV spreads through droplets from coughs or sneezes, which means thorough hand-washing and surface disinfection can be effective ways of limiting its spread, as can teaching children and adults to sneeze into the crooks of their arms rather than directly into their hands.

Like other states, Wisconsin saw virtually no spread of influenza at the height of the pandemic, in large part because of protective measures taken primarily to slow the spread of COVID-19. That's not true this year, said Tom Haupt, a respiratory disease epidemiologist and the DHS influenza surveillance coordinator. The number of cases of the flu doubled in the first two weeks of November, and Haupt anticipates cases will peak in the coming weeks.

"This is an early year," Haupt said. "Usually right around this time is when we start seeing a little bit (of flu activity), but we shouldn't be at high activity or widespread at this particular point."

Flu can be dangerous, especially for the immunocompromised, and a heavy flu season can strain hospital capacity. That isn't happening yet in Wisconsin, but the officials' concern is that increasing infections of three respiratory viruses simultaneously could increase the risk of overloaded health systems.

Only about 27 percent of Wisconsinites have gotten a flu vaccine this year, according to state data.

Reported COVID-19 cases have been declining, though many people may not be reporting their infections to health departments in the way that most did during the height of the pandemic. On average, about three Wisconsinites have died from COVID-19 per day this month.

Sixty-two percent of Wisconsinites have gotten vaccinated against COVID-19, and vaccinations have proven effective at preventing serious infection and death from the disease. But a much smaller number have received this year's updated booster shots, which are especially protective against the virus' newer variants. According to state data, only 14 percent of Wisconsinites have received an updated COVID-19 booster.

"There's going to always be a risk of coming into contact with this virus, and the way to keep ourselves protected is to be up-to-date on vaccinations," said Dr. Ryan Westergaard, chief medical officer of the department's Bureau of Communicable Diseases. "It's not a yes or no, you're vaccinated or you're unvaccinated. That was true (before mutations of the COVID-19 virus emerged). Now it's: Are you up to date on your vaccines?"

People should "think about the power, the control that they have over their risk of getting sick over the holidays," Westergaard said. "And if we all think about that, and we all make those behavior changes, then we're going to see less (disease transmission) on the population level as well."