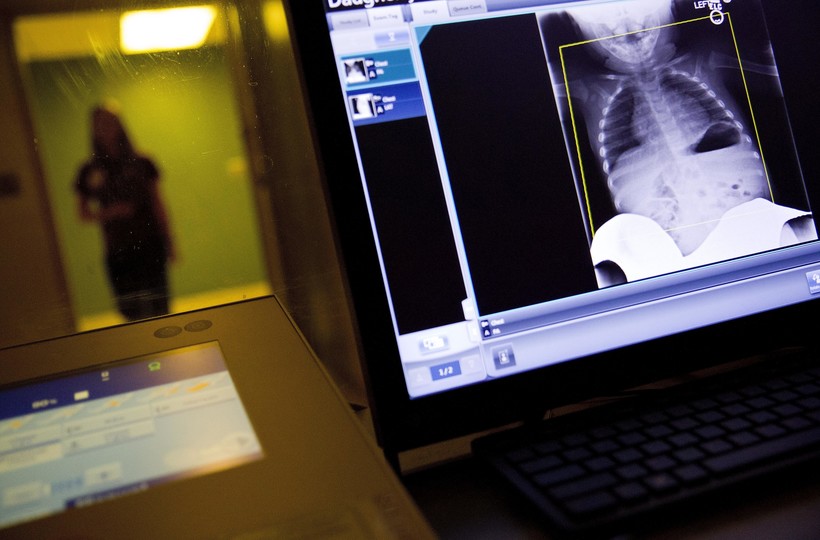 In this Feb. 9, 2018, photo, a radiology technician looks at a chest X-ray of a child suffering from flu symptoms at Upson Regional Medical Center in Thomaston, Ga. A nasty flu season and fresh insurance deductibles may combine this winter to smack patients around the country with expensive medical bills. (AP Photo/David Goldman, File)

While doctors and public health officials are warnings of the next wave of COVID-19, another virus is spreading rapidly in children in the United States.

Respiratory Syncytial Virus, or RSV, usually causes mild, cold-like symptoms, but it can be dangerous for some infants and young children. The virus is causing a spike in hospitalizations among the country's youngest patients.

Wisconsin is seeing a similar rise in RSV cases.

According to Tom Haupt, respiratory disease epidemiologist and influenza surveillance coordinator for the state Department of Health Services, as of last week, Wisconsin was averaging well over 800 cases a week.

Haupt also said the jump in cases is happening much earlier than in prior years.

"It's starting in October of this year. That's very unusual because usually RSV season starts in the middle of December and peaks at the end of January, early February. So again, it's a very early season, we don't know how long it's going to last," he said. 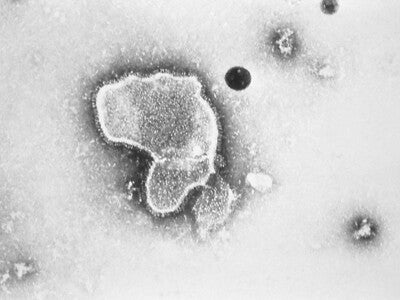 This 1981 photo provided by the Centers for Disease Control and Prevention shows an electron micrograph of Respiratory Syncytial Virus, also known as RSV. Children's hospitals in parts of the country are seeing a distressing surge in RSV, a common respiratory illness that can cause severe breathing problems for babies. CDC via AP Photo

Surveillance data from the U.S. Centers for Disease Control and Prevention shows a rise in RSV cases nationwide, with positive PCR tests more than tripling over the past two months.

"One of the biggest things with RSV is to make sure that when this child is sick, that they have the opportunity to get well at home," Haupt said, "and they don't spread it to others at a daycare."

Controlling the spread will help minimize the strain on hospitals, some of which are already nearing capacity, Haupt said.

"I would take this to be a very serious situation," he said. "We're hoping that through vaccinations through flu and COVID that we can at least do our part to stop the spread and to prevent any further illnesses and any deaths amongst the children in Wisconsin."

There have also been increases in cases and hospitalizations for Multisystem Inflammatory Syndrome in Children, or MIS-C. MIS-C has been linked to prior COVID-19 infection and causes different parts of the body — including the heart, lungs, kidneys and brain — to become inflamed.

"MIS-C, children who come down with this, 100 percent of them are hospitalized, and over 50 percent are admitted to the pediatric intensive care unit," Haupt said.

He encouraged caretakers to vaccinate their children against COVID-19 as a way to protect them from future cases of MIS-C.

DHS also recently released a flu vaccine dashboard. According to a press release, the data shows previous and current flu vaccine rates across the state and highlights areas most vulnerable to seasonal influenza.

Early indicators show a steep decline in people getting the flu shot this season compared to the 2021-22 and 2020-21 seasons.

"This data informs DHS, our partners, and the medical community on health trends and shows where our collective work can help families access both the information and services they need to support the best choices for their health, like getting the flu vaccine," State Health Officer Paula Tran, said in a press release. "Working with our partners, we can engage communities and encourage people to 'roll up their sleeves' and protect themselves and the people around them from serious illness."