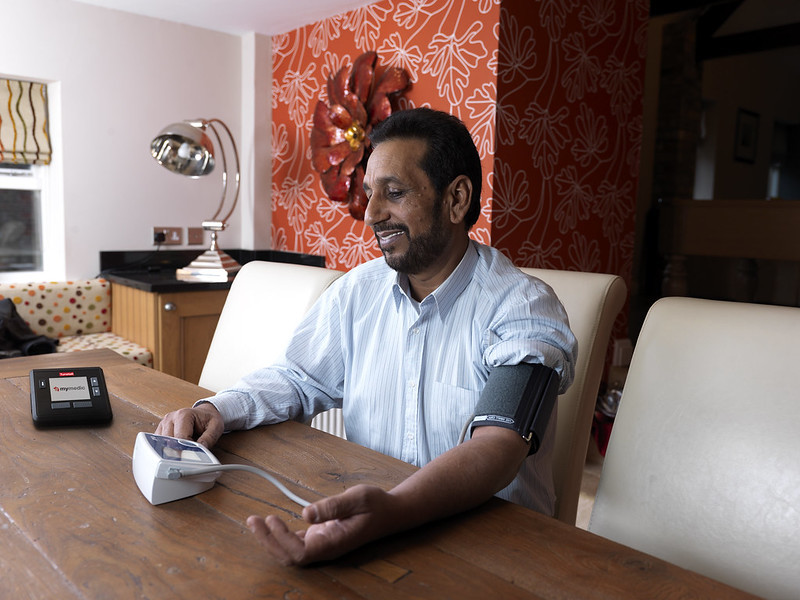 If You Have Hypertension, Discuss With Your Doctor And Treat It To Goal
By Dr. Zorba Paster
Share:

I had a patient in my office the other day — hard worker, farm family, likes to fish, in good health, taking his blood pressure medications. Good blood pressure control with two pills.

His dad was a typical Wisconsin farmer, a guy who rarely went to the doctor because, well, just because. But his dad had a devastating stroke sometime in his early 70s, which left him unable to care for himself and which was too much, eventually, for his wife to care for him.

So dad spent the last of his years in a nursing home — not the way any of us want to spend our golden years.

And if he did, and if he had taken medication for it — one, two or three meds, as many types as he may have needed — he would have reduced his risk of stroke by at least 75 percent.

But getting someone to see a doctor and take their meds, especially men, can be rather, shall I say, problematic.

Women are more likely than men to go to the doctor, seek medical advice and then follow it. Not sure why this kind of testosterone dementia sets in, but clearly that male hormone can lead to some unclear thinking.

I like to discuss family history with all of my patients when I’m doing a physical, which is why this came up. So I told my patient straight out that he was doing a great job and his two meds were working splendidly. I congratulated him on getting his blood pressure checked and then taking action.

His response was that it wasn’t about his health, really. He’d only come in because, in order to get his commercial driver’s license, he needed to get his blood pressure under control. And then he told me, "If it weren’t for that, I probably wouldn’t have done anything."

It reminded me of the importance of talking about some simple things, like blood pressure, all the time for all of us, because we have great inexpensive generic medications that really work well for this.

According to the Centers for Disease Control and Prevention, nearly half of all adults have high blood pressure, yet only one in four have it under control. About 30 million adults who should take blood pressure pills are not taking any of them.

Hypertension is a major contributing cause of death for an estimated 495,000 people in the U.S. every year.

My spin: If you have hypertension, treat it to goal. That’s less than 120/80 for younger folks and somewhat higher for older adults. It’s something you should discuss with your doctor.

If you don’t know if you have hypertension but don’t want to get it checked by a doctor, then get a portable machine. There are many options online for around $40. Check it at home and if it’s elevated, take action. And by the way, I only tell patient stories when they give me permission to do so.