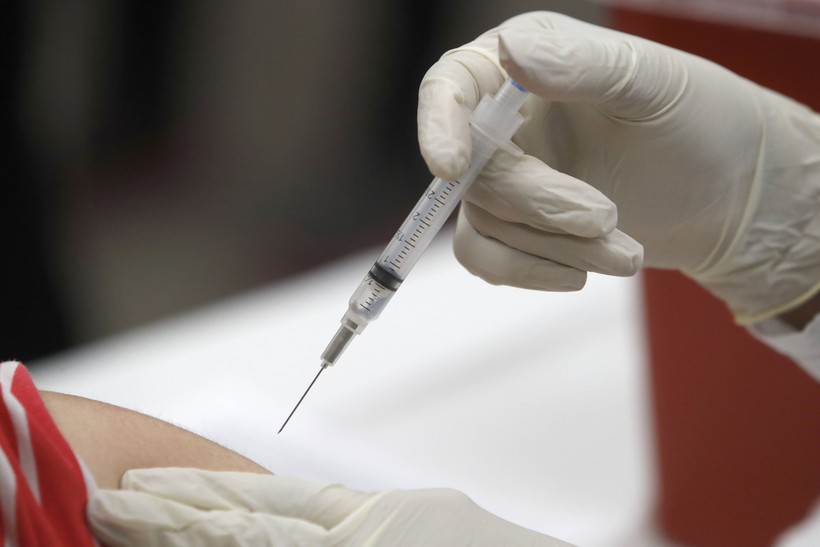 Zorba Paster: Get The Vaccines, First For Flu, Then For COVID-19

Get your flu shot. I say it all the time. People are always asking me, "Is it time for me to get my shot?" The answer is, "Yes, it’s time."

If you haven’t had it yet, get it. This year could be a doozy. Do you really want to take a chance on getting influenza and COVID-19? What do you think that would be like?

So many people tell me they never had the flu, they’ll never get the flu, they’re worried about side effects of the vaccine. That may be so, but you buckle up even if you’ve never had a life-threatening car accident, don’t you?

The flu shot protects you from a nasty virus that makes you miserable. Now, it doesn’t protect you from the flu completely, but it does reduce the risk you’ll end up in the hospital by up to 60 percent. Isn’t that worth it?

You have smoke alarms in your house, you shovel your walk clear of snow so you won’t fall. Why not use that same mindset to protect your body?

Even more, if you do get the flu and you had the shot, you may not pass the virus on to your spouse, children, grandparents, friends or co-workers. Take one for the team and get the shot.

It’s easier now than ever — just walk into nearly any pharmacy and roll up your sleeve. Call first and make sure your insurance covers it. If not, go to your doctor or one of the free clinics that pop up all the time.

Now, on to a COVID-19 vaccine update and good news:

Johnson & Johnson and AstraZeneca have restarted their trials. The safety monitoring committee said those studies could go on after determining the people who developed medical problems during the studies did not develop them because of the vaccine.

That’s important because the virus doesn’t care — it continues to kill mercilessly. Can we say the studies are safe with 100 percent assurance? Of course not — you know that old adage, "Nothing is sure but death and taxes."

But we can say that from the best science we know, the vaccine trials have not been responsible for significant side effects. One thing we do know for sure is that the coronavirus is responsible for hundreds of thousands of deaths. And if COVID-19 had its way, it would say, "No vaccine means I win and continue to kill."

So where does misinformation about vaccines in general now lie? According to a recent British Medical Journal (BMJ) article, there are foreign trolls spreading misinformation about the vaccine and wreaking havoc with our health — deliberate misinformation. Last year, the World Health Organization listed vaccine refusal as a major threat to health.

Vaccines aren’t new; they started in 1796 with Edward Jenner’s vaccine against smallpox. But the proliferation of anti-vaccine social media has exploded, with foreign agencies, especially Russia, doing their dirtiest.

To gauge the impact of social media misinformation campaigns on vaccine hesitancy around the world, the researchers writing in BMJ analyzed two different dimensions of social media for up to 190 countries.

They looked at these people using Twitter to organize action and resistance, and how many tweets and retweets put out negative sentiments about vaccines. Then they cross-checked national surveys to see what public attitudes were about vaccines, doing this with the 10 most commonly reported vaccines for 2008 and 2018.

Analysis found that as the tweets proliferated, the vaccination rates drop. The more tweets, the fewer vaccines.

What if we never vaccinated for polio, meningitis, diphtheria, whooping cough and tetanus? And what if we skipped the vaccine for the world’s worst virus ever — smallpox? That terrorist would still be around. That scourge of the world killed 300 million people in the 20th century alone, killing one-third of those it infected and disfiguring countless others. No vaccine would be a disaster.

My spin: When you read something on Facebook or from a site you don’t know, follow the science. Go to the National Institutes of Health, Centers for Disease Control and Prevention, Mayo Clinic, Johns Hopkins, NPR and PBS — especially Wisconsin Public Radio and TV for relevant news. Then look at the facts and think. Stay well.