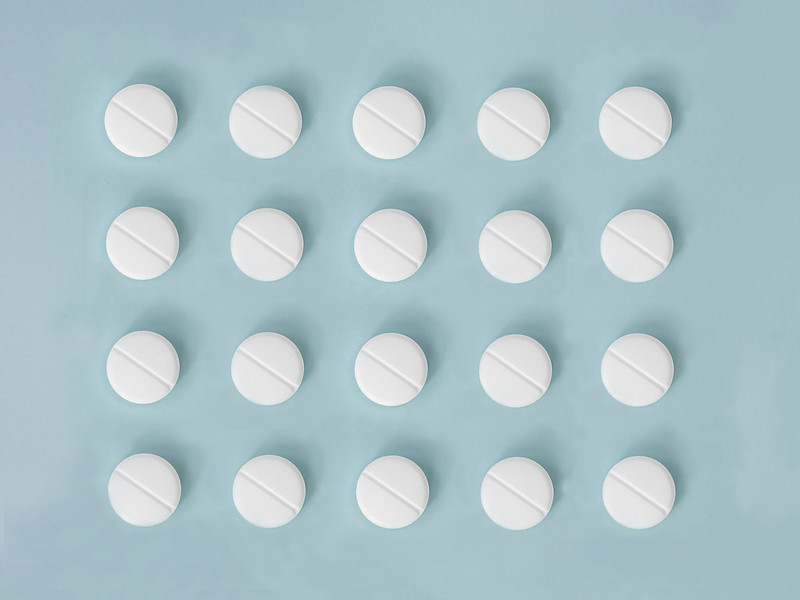 Science Is Messy, Meaning Daily Aspirin Can Be Good For Some But Not For Others
By Dr. Zorba Paster
Share:

But before we discuss this, gentle readers, let’s discuss the Webster’s dictionary definition of scientific investigation: "The process that is used by scientists for testing ideas and theories by using experiments and careful observation."

So what does this mean? In the short run, we doctors make recommendations based on what we see. But in the long run, we’ll be right some of the time and wrong some of the time.

Case in point: putting kids to sleep. When I first started practice, we put all infants to sleep on their tummies because we thought if they were on their back, they’d choke on their vomit and die. We put sheepskins in their cribs, lots of fluffy toys and blankets to keep them warm and snuggly.

Then an Australian study found this was wrong, wrong, wrong. Kids who slept like this were more than twice as likely to die from SIDS, sudden infant death syndrome.

Now, kids go "back to sleep" with nothing in the bed. We observed, then we changed. That’s the scientific method.

So many people tell me that things are confusing. Can’t you doctors get it right in the first place? The answer is no. We can’t.

Another example here is COVID-19 and respiratory distress. We just learned from the coronavirus that putting people who are in pre-ventilator condition and short of breath on their stomachs is better than putting them on their backs.

Here it is, we thought for years that lying on your back when you’re in a hospital bed having trouble breathing was the best position. We’ve done it for decades and decades. We were wrong. Prone is the preferred position for some who are hospitalized with breathing difficulties today.

Science means we make a hypothesis, we observe and we change when we learn. That’s how it works, folks. It’s messy — but messy produced many of the technological outcomes we see today.

The average 60-year-old will live 10 years longer than a 60-year-old when Lyndon B. Johnson was president. That’s amazing — and that’s science.

OK, done with the lecture and on to that daily aspirin. We know aspirin is incredibly useful for patients who have had a heart attack. For those with known heart disease, who have had stents or abnormal cardiac catheterization, taking an aspirin a day prevents heart attacks.

But for years, we took that one step further and said aspirin is good for primary prevention — that is even if you don’t have heart disease, you should take a daily aspirin to prevent a heart attack.

Well, the tide has changed. That is not the case. Taking an aspirin when you don’t have known heart disease is not recommended. It’s not worth the risk. The American Heart Association recently changed their recommendation that only select patients — those who are 40 to 70 years old with other existing risk factors for cardiovascular disease, like diabetes, blood cholesterol, high blood pressure or smoking — should consider aspirin. And they should not just take it, but discuss the ups and downs with their health care provider to see if it’s right for them.

Why? What is the risk? Bleeding. If you fall and hit your head, you’re more likely to have a brain bleed if you’re on aspirin. And a gastrointestinal bleeding, too. About 100,000 people were hospitalized last year from NSAID and aspirin related GI bleeds, with an estimated 16,000 deaths.

But now, there is another apparent side effect from aspirin — it might accelerate cancer if you have it already.

The ASPREE study is the Aspirin in Reducing Events in the Elderly study, a randomized double-blind placebo-controlled trial (RCT) of daily low-dose aspirin in older adults.

In their analysis of nearly 20,000 older adults living in Australia and the United States, they found that taking a daily aspirin doubled the risk of a person age 70 or older dying from stage 3 cancers.

Now, when they did a deep dive, they didn’t find that aspirin caused cancer. But they found that patients who already had cancer seemed to be more likely to develop an advanced cancer than those who didn’t take that daily dose of aspirin.

My spin: The bottom line is that I stopped recommending aspirin for everyone a few years ago. And this new research shows again that a daily aspirin is good for some but not for others.

Like any drug, it has effects and side effects. Talk to your doctor if you’re taking one, then make an informed decision about whether the benefit is worth the risk. Science is messy. Science will always be messy. Stay well.