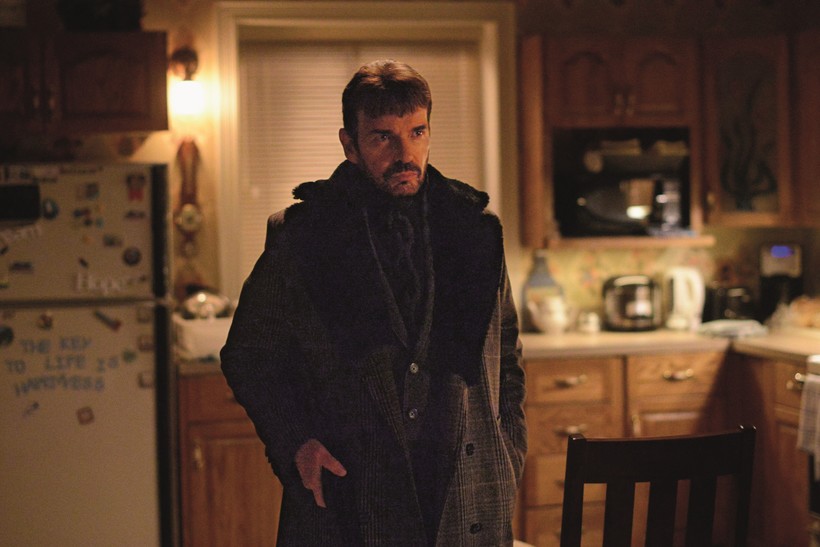 Writer, Producer Noah Hawley On How He Turned 'Fargo' Into An Award-Winning TV Series

Noah Hawley is the executive producer, creator and writer behind one of the most audacious adaptations of all time. He transformed Joel and Ethan Coen’s beloved 1996 thriller, "Fargo," into the FX anthology series of the same name.

The series takes place in the same universe as the film, but carves out its own storytelling territory.

WPR's "BETA" caught up with Hawley while he was shooting Season 4 to talk about his companion, making-of book called "Fargo: This Is a True Story." The book’s subtitle plays off the famous declaration that opens the film and each episode of the series.

"What I loved about the film and its use of that introduction was that the moment that you say something is real you open yourself up to randomness and coincidence," Hawley told "BETA." "You know, when I sat down with the network in pitching this idea to them, I said, 'We have to figure out what is our Mike Yanagita?"

In the film version of "Fargo," Yanagita, played by Steve Park, is a former classmate of the main character Marge Gunderson, played by Frances McDormand. Yanagita calls her up out of the blue and invites her out to dinner so that they can catch up. During their meal, Yanagita expresses romantic interest in Gunderson.

"And he told her about the girl from high school, that they fell in love, and they got married and she died of leukemia. And he’s just so lonely," Hawley continued. "And then later, you find out that that’s a lie, that the woman has a restraining order against this guy. And you think, 'Why is this in the movie?' It has nothing to do with the story at all except on some level it adds to the truthiness of it because you think, 'Well, the only reason they put that in is because it actually happened.' You know, it’s just part of the real story."

"So on some level for me as I break these stories and figure out what should happen in them, you know, there’s a lot of conversations that I have with the writers that I work with where I’ll say, 'You know, that’s a great twist but it’s a movie twist. It’s what you would see in a movie,'" Hawley said. "I’m looking for those moments of random collision, you know, which is why the show has so many moving pieces on a collision course. It’s because at that point you really don’t know which ones are going to collide and when. And when you do that, you undermine the sort of Western black-hat-versus-white-hat tropes that everyone always does."

Lorne Malvo, played by Billy Bob Thornton, is the main antagonist in Season 1 of "Fargo."

As Hawley describes him in the book, "Malvo is a collector, not of things, but of moments — moments where otherwise moral people are pushed to do immoral things."

He's an agent of chaos who is more interested in pushing people to, and beyond, their limits than he is interested in sex, love or money.

Hawley's book features interviews with many of the actors he worked with over the first three seasons, including Thornton. During their conversation, Thornton told Hawley that he had managed to make a new thing out of something that was revered and yet keep what the thing was that was revered.

So how did Hawley pull that off?

"I don’t necessarily know how I did it or hopefully continue to do it," Hawley said. "These stories always start with a kind of premise. It’s two men meet in an emergency room and one of them is a very civilized man and the other is the opposite. That then fuels questions. Well, who are these men and what happens next? Or a woman drives home with a man sticking out of her windshield and makes dinner for her husband. And you think, 'OK, well who’s the guy in the windshield and what happens next?' You know, there’s a certain degree in which those premises arise and I think, 'Well, that feels like a Coen brothers premise, a setup.' And then obviously it’s all in the execution."

Hawley recalled the early conversations that he had with FX executives in which they tried to remind him that he wasn't making a comedy.

"And I said, 'Well, I think we’re having the wrong conversation because 'Fargo' is really the tension between comedy and tragedy. You know what I feel goes into that filmmaking approach that Joel and Ethan have is that they do a lot of things that are really funny to them that aren’t meant to be comedy. So the best example is Javier Bardem’s haircut in 'No Country for Old Men.' I know that they cut his hair like that, and they laughed at his face for like 30 minutes. But there’s nothing funny about it in the movie. It’s just this sort of very specific and unsettling detail."

Thornton also told Hawley that people come up to him all the time and tell him that the Malvo character is literally the best character they've ever seen on television. So what makes Malvo such a compelling character?

"We like Lorne Malvo because we know exactly what he is from the first time that we see him," Hawley said. "We hate Lester (Nygaard) because when we meet Lester, he’s wearing human clothes. And he tricks us into feeling empathy for him, and then he turns out to be a monster of equal proportion. But since he tricked us, we hate him for it. I think there’s a really interesting dynamic there in which Billy’s character is allowed to be the villain you love to hate, you know, whereas Lester, there’s no love there in the end."

Lester Nygaard, played by Martin Freeman, is a hapless, meek insurance salesman. He meets Malvo in a hospital emergency room. Malvo agrees to kill Nygaard's bully because, in typical Malvo fashion, he's curious to see how far he can push Nygaard before he snaps.

One of the most compelling characters in Season 3 is Nikki Swango, played by Mary Elizabeth Winstead. Swango is a clever, beautiful young woman who is an avid fan of competitive bridge. She's a recent parolee and the fiance of her parole officer Ray Stussy, played by Ewan McGregor. 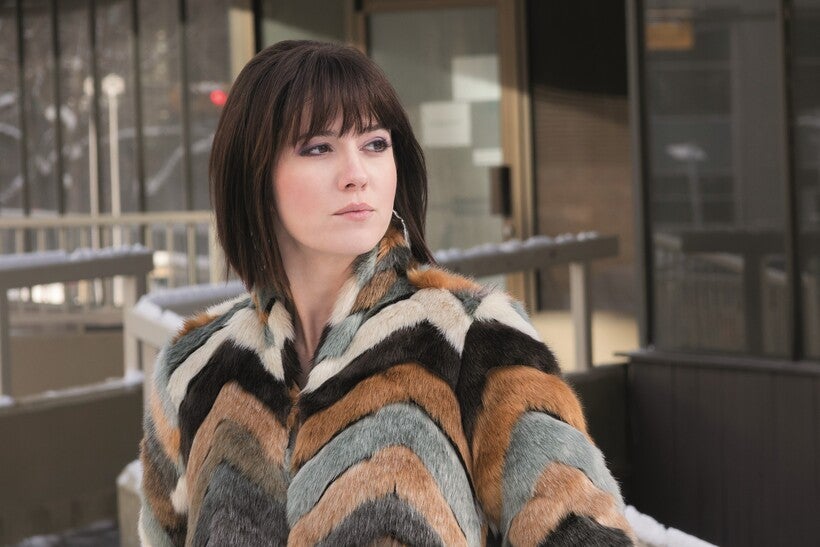 "Mary was such a revelation in that role. I’d seen her work and knew what she was capable of certainly, but one of the great things about 'Fargo' and these ensembles is that I’m often asking actors to play a range that they don’t normally get in a role," Hawley said.

"You know, with Nikki, she’s on parole, and she’s in a relationship with her parole officer. And in a more cynical story, she would be taking advantage of him or conning him, you know, just using him to make her parole easier," he continued. "And we certainly entertain that idea but ultimately, it felt too cynical to me. And knowing that Ray wasn’t going to make it till the end of the season, I felt well it’s much more meaningful if she really loves him. Even though they’re both criminals, at the end of the day, they have this very innocent kind of love for each other that has no guile to it all."