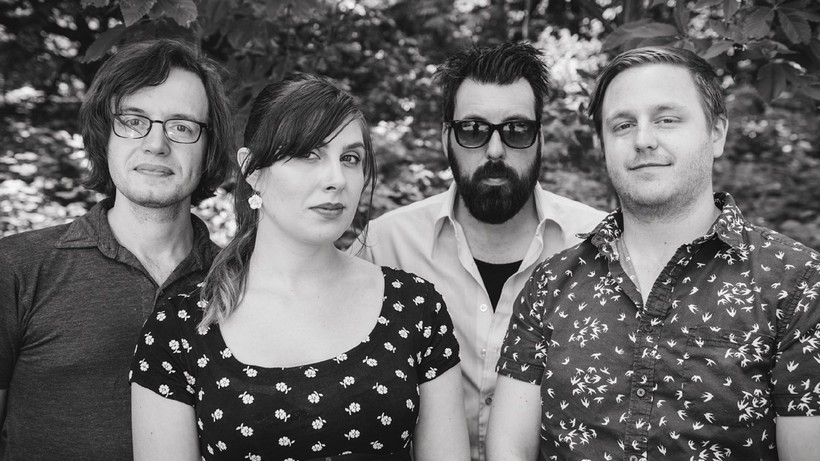 "The covers that I like the most are the ones where the artist is really filtering what they love about the original song through their own performance and sensibility," Farber told "BETA's" Steve Gotcher in a "Rock 'n' Roll Thought Experiment."

That got WPR's "BETA" thinking about what the best covers are, we even put the question to you alphas.

Here's what Dan had to say: "I don't think I'm the first one to say that the greatest cover songs do something new, rather than mimicking the original. Thus Johnny Cash's 'Hurt,' a totally new spin on the NIN (Nine Inch Nails) original. But at the same time there's something to be said for the tribute cover, like 'Handle Me With Care,' where Jenny Lewis, Ben Gibbard, Conor Oberst and the Watson Twins pay homage to the brilliant (Traveling) Wilburys."

Angie says: "Disturbed has many great covers besides 'The Sound of Silence.' I really like their cover of 'Land of Confusion' by Genesis. Mudvayne has a very unique cover of 'King of Pain' by The Police. The Bad Plus has the best cover of Nirvana's 'Smells Like Teen Spirit'!"

Here's what our roundtable participants had to say.

"I'm going to speak to one that when I first heard it, I didn't even know it was a cover until I went, 'Wait a minute, I've heard this before. What is it?' It's Dolly Parton doing a Billy Joel tune of all things in a straight bluegrass style, really uptempo. And it's called 'Travelin' Prayer.' And you probably don't even know that song. When I heard her do it, I was just knocked out. First by the fact that it was just a great bluegrass version. But then I thought this is a really good song. Then when I realized it was Billy Joel, I thought 'Oh. Well, it's still a great song.'"

"I don't know if you know the singer Anna Ternheim. She's Swedish but I first heard of her in 2007 and she does an amazing version of David Bowie's 'China Girl.' And I didn't even realize it was 'China Girl' at first because it's just so different. It's not poppy, It's really dark and kind of dismal and haunting and beautiful. And I tend to listen to that a little bit more than I listen to David Bowie's version, I admit. So I really like that version."

Karl Christenson, Executive Producer Of 'Zorba Paster On Your Health' And Member Of Several Madison-Area Bands

"Cocaine" was a big hit for Eric Clapton in 1977. Indie producer/recording engineer/musician Steve Albini heard Christenson’s band’s version and said it was "magnificent."

As for Christenson's favorite cover:

"I like covers where you don't know who originally did it and you hear the song and you go through a lot of your life thinking that's the person who wrote the song. And I just found out recently, I was kind of doing a little research for this, and 'Girls Just Wanna Have Fun' is a cover. Maybe you guys knew that."

So who did it originally? "Robert Hazard. Never heard of him."

"'(I Can't Get No) Satisfaction", The Rolling Stones song. DEVO's version, the thinking man's KISS. With that robotic drumbeat and Mark Mothersbaugh's angst-ridden vocals, you really capture what the song was about in a way that you don't get from the original. No disrespect to the Rolling Stones."