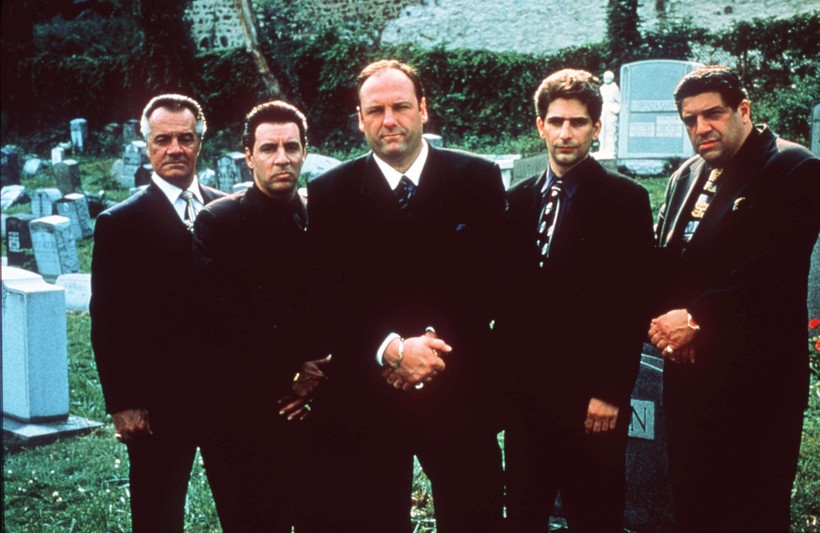 A Hit Is A Hit: 20 Years Later, 'The Sopranos' Legacy Is Still Embedded In TV

In January 1999, HBO debuted David Chase’s New Jersey-based mob series "The Sopranos" and the trajectory of television was forever altered. The show transcended the subscriber-based prestige channel to become an American classic piece of art and pop culture.

Twenty years later, you can still feel the show’s reverberations through TV and streaming services’ seemingly endless sea of offerings.

New York Magazine critic Matt Zoller Seitz and Rolling Stone’s chief television critic Alan Sepinwall were colleagues together at the Newark Star-Ledger newspaper during the show’s run. They understood immediately that "The Sopranos" was operating by its own rules and their ground floor entrance into covering the show — for both the Star-Ledger and the burgeoning world of online blogs and publications — would itself launch a new brand of cultural criticism.

The ongoing fan appetite for discussing the show led to the need to publish episodic reviews of each installment in lieu of a general overview of the season. This has become commonplace today, and has grown into websites devoted to recapping shows and programs like "After The Thrones" and "Talking Dead" that are solely based on reviewing episodes of other popular TV shows.

"I would come in on Monday. Someone got whacked in the episode the night before and I would say to my editors, 'People are gonna want to talk about this, save me some space on the Tuesday front page and I’m going to write about it,'" Sepinwall told WPR’s "BETA." "Those always got a much bigger response than anything else that I wrote for the paper, including advance reviews of 'Sopranos' seasons."

"I would often make the case — especially when we got a website — why don’t you let me recap everything," Seitz adds. "Since I'm watching the show anyway and I’m looking for every excuse I can to write about it, why don't I just write about every episode and the answer was 'The readers don’t want that.' Turns out that they did!"

Seitz and Sepinwall have now collaborated and co-authored the book, "The Sopranos Sessions," which offers comprehensive episodic analysis for the entire series and features several interviews with creator Chase, including his insights on the famously enigmatic conclusion.

Chase was a longtime television writer with aspirations of being an auteur filmmaker. He ascribed those notions to the "The Sopranos" and he found a spiritual counterpart in Seitz, himself a film critic feeling his way around the television beat.

Seitz met and interviewed Chase during the filming of the first season in the fall of 1998. He was taken aback by the showrunner's heightened taste in inspirations.

"He was talking about (Federico) Fellini, (Michelangelo) Antonioni and (Jean-Luc) Godard and all these European art house cinema filmmakers who shaped him and I thought I’ve never had a conversation like this with anyone who produced a television show before," Seitz recalled.

When "The Sopranos" finally aired, it captured the nation’s attention, despite being centered on a morally gray mob boss played by actor James Gandolfini. Gandolfini's performance, in fact, might've been the reason millions of people let mobsters into their homes each week.

"Gandolfini gave the greatest performance in TV drama history. He was so charismatic," argues Sepinwall.

With Tony and his adventures with both family and Family, Chase pioneered a new era of anti-hero television characters and constructed the show in a way that didn't spoon feed you answers, but instead posed many more moral questions to the viewer.

"Before 'The Sopranos', the approach to getting a big audience in TV is the lowest common denominator approach. You dumb things down, you sand off the edges, you make everything as palatable and as easy to digest as possible," said Sepinwall. "This went the other way. This went really complex in terms of morality, in terms of characterization, storytelling, everything."

"I love a show that tells me who's boss. That doesn't give me what it thinks I want. It gives me what it wants and it's up to me to decide if I like it or not," Seitz said. The pair argue that Chase’s uncompromising approach, along with a heavy helping of hilarious and poignant moments that resonated with a wide cross section of fans, gave the show its legacy and blazed the trail for the bevy of prestige television that followed.

"All of the things that we think scripted TV has become in these last 20 years can be traced to the success of this show because there were all these unwritten rules about how television was supposed to function and what the audience would and would not accept," said Sepinwall. "And the success of this show revealed all of those rules to be incorrect."

"Because it was a big hit, it gave other people who made television permission to make the kind of show that gave the audience what it wanted," recalled Seitz, "not what they thought the audience wanted."