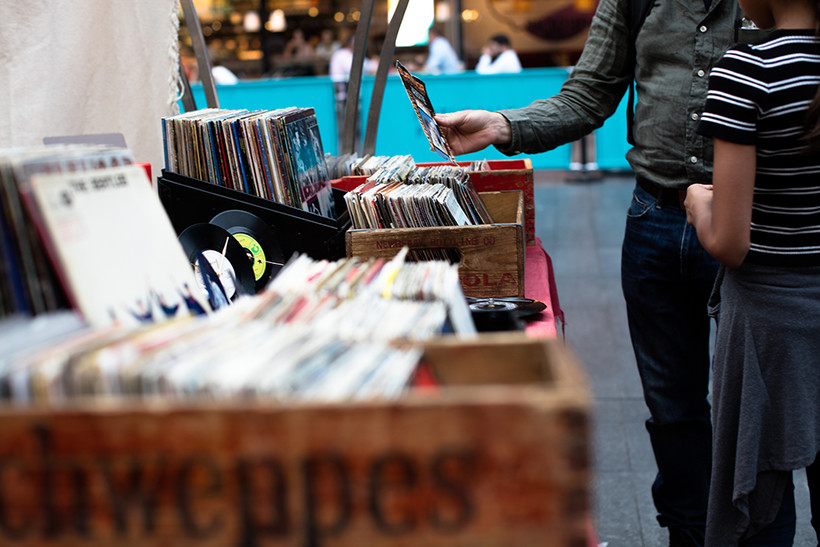 A ‘BETA’ Roundtable On Some Recommended Thematic Listens
By Adam Friedrich
Share:

There are many ways to define a concept album. Writer Seth Kaufman dedicated a chapter in his collection of Rock and Roll essays in "Metaphysical Graffiti: Rock 'n' Roll and the Meaning of Life"  to dissecting the concept album. His favorite example is Jethro Tull’s 1972 album, "Thick as a Brick."

That got WPR's "BETA" thinking about what are some of the best concept albums. We even put the question to you alphas and heard from a few of you.

@misterG mentioned on Twitter that their favorite concept album is David Bowie’s "The Rise and Fall of Ziggy Stardust and the Spiders From Mars."

Alpha Evan commented on the WPR Facebook page that his favorite concept album is Pink Floyd’s "Dark Side of the Moon."

He writes that the song "Time" "has had a significant impact on how I perceive my own life and what work lies ahead in the future. And Alan Parsons's clock chimes at the beginning just might be the most ingenious avant-garde arrangement ever."

So we put a cross section of our staff together for a roundtable on their favorite concept albums.

"Personally, I think most concept albums aren’t concept albums. It’s a hook to make it stand out. Most of them promise a lot, but don’t deliver. But, if it’s a good collection of songs it doesn’t matter," Bryant says. "My personal favorite is by Rick Wakeman — keyboard player for Yes — who did a lot of very silly concept albums with orchestra and choir. They have terrific music, but they’re a bit over the top. But, 'The Six Wives of Henry VIII' is all instrumental so it saves you from cringeworthy lyrics and it has a terrific variety of music on it, it’s beautifully played and I think it still holds up."

"I like the concept album because I like when a collection of songs takes me somewhere and almost creates this movie within my head," she says. "'The Mollusk' by Ween takes you on this bizarre, psychedelic, oceanic adventure."

"The title track has this beautiful, swirling hook to it and so when I listen to this song, I feel like I’m floating on the ocean floor, along with the band and along with this little boy who finds a mollusk," says McCollum. "It’s lovely, it’s a wonderful album. It’s all over the place and that’s why I love it so much."

"It’s based on a Japanese folk tale and also inspired by William Shakespeare’s 'The Tempest,'" Gotcher says.