When President Barack Obama signed the federal stimulus bill into law in 2009 — and $8 billion was made available for high-speed rail — U.S. Transportation Secretary Ray LaHood was hopeful.

The former Republican congressman from Peoria, Illinois, said the public had an interest in high-speed rail, and as secretary, he played a key role in how that $8 billion was distributed.

He was there from the very beginning — when Wisconsin was awarded $810 million for a high-speed rail line between Madison and Milwaukee, to the end, when then newly-elected Gov. Scott Walker put a stop to it. 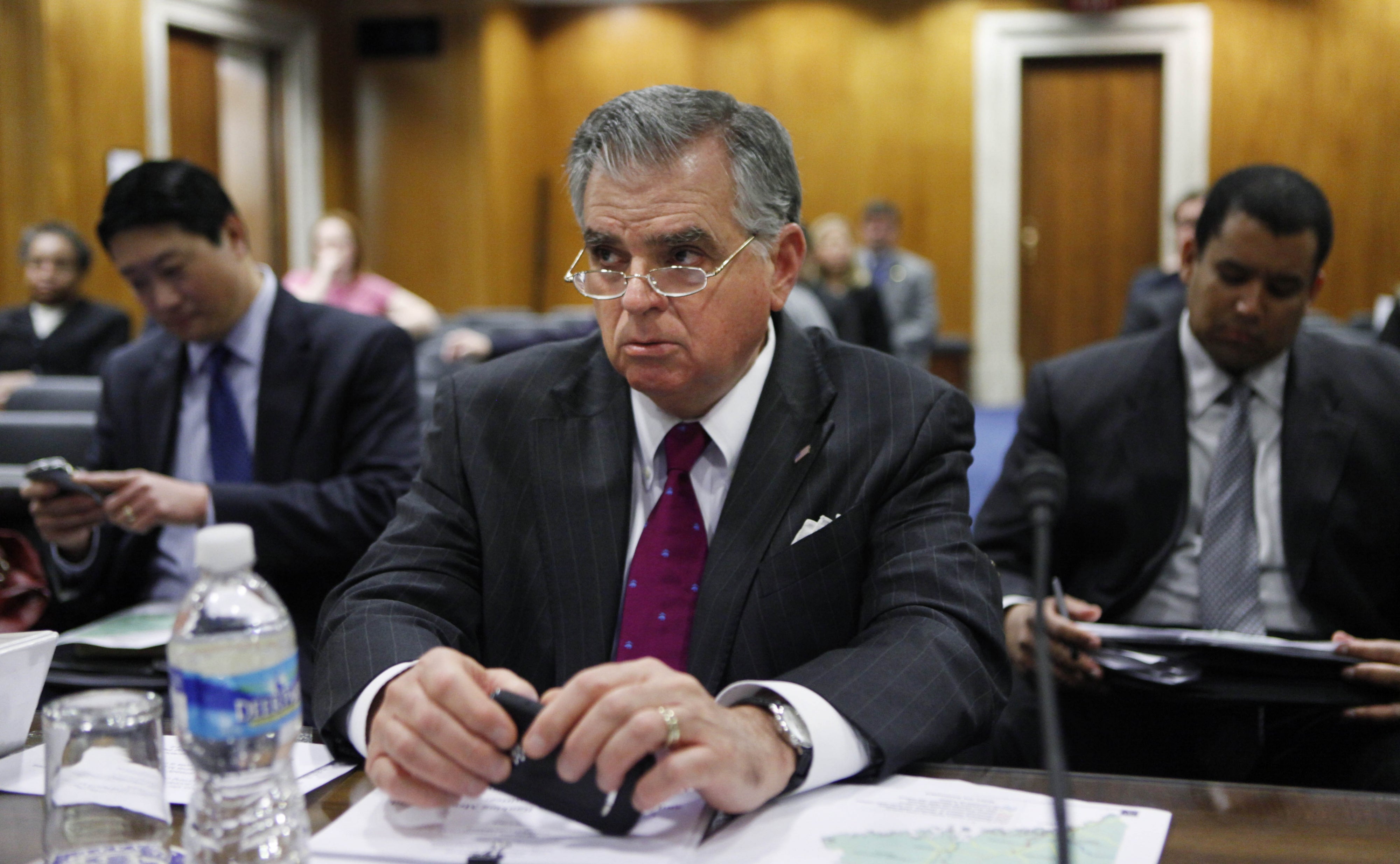 In the making of WPR's "Derailed," Bridgit Bowden and Shawn Johnson interviewed LaHood. One thing they discovered was that Walker's decision to decline the high-speed rail funding is something LaHood never forgot.

Shawn Johnson: It looked like it all happened very quickly. Do you know why Wisconsin's project specifically, went from kind of a pipe dream to here we are and here's an $810 million project for Wisconsin?

Ray LaHood: I think the reason for that is that when we decided to implement rail projects in America under President Obama and Vice President Biden's leadership ... we were looking for governors, we were looking for partners around the country who had projects but could spend the money and get people to work.

We found a number of governors who wanted to invest in rail and so we were anxious to do that. And (Gov.) Jim Doyle was a good partner.

SJ: When you were secretary ... you visited Watertown — it looks like it was in July of 2010 — and you were quoted at the time as saying "high-speed rail is coming to Wisconsin. There's no stopping it." and I remember this creating kind of a stir at the time. Why did you say that?

RL: Because I knew there was a gubernatorial election and I knew that Walker was making noises about not being that interested in it. And I wanted to send a message that this is what the people wanted ... This was a once in a lifetime opportunity to really garner the resources necessary to implement this rail line.

Bridgit Bowden: So ... you're saying Walker was making noise about this. ... What do you think was behind that sort of backlash?

SJ: Do you think there was a moment when Wisconsin's high-speed rail project ended? ... I mean as you think back about it ... was there a point in time when you know you basically pulled the plug on it or you were convinced that it was dead?

RL: The moment that the high-speed rail project was dead was when Walker decided he didn't want the money. And he told me that.

SJ: When did he tell you that? Where was the conversation?

RL: I don't know. It might have been a phone conversation. I'm not sure. But it was in some kind of a conversation that he and I had. I mean he made it really clear. He wanted to use the money for other purposes. And I said there's plenty of money to do other things. This is high-speed rail money. This is to develop rail in Wisconsin. And he turned a deaf ear to all of that.

SJ: I remember during that campaign he kept saying he wanted to use this money for roads in Wisconsin instead. Did he ever raise that with you? And you know, why couldn't he do that?

'Governor, there's plenty of money for roads and bridges in another pot. This is the high-speed rail pot of money and you can't be diverting that money to roads.

'We'll help you with roads but we'll do it the right way, the way it should be done, by the book, not trying to do things that can't be done.'

He could have had both.

SJ: Months after Gov. Walker was sworn in Wisconsin lost out on a $150 million grant for funding for Amtrak's Hiawatha line between Milwaukee and Chicago. Did Gov. Walker's position on the high-speed rail money between Madison and Milwaukee have anything to do with your decision with the Hiawatha funding?

RL: Absolutely. It had everything to do with my decision. And I think if you go back and look and see what I said ... what I said was 'We're looking for reliable partners.'

'We need reliable partners when we grant money to governors.' ... That money has to be for the purpose it is intended and the fact that he turned down millions of dollars for a rail project and then comes right back with something else ... our feeling was that he was not going to be a reliable partner the way that other governors were.