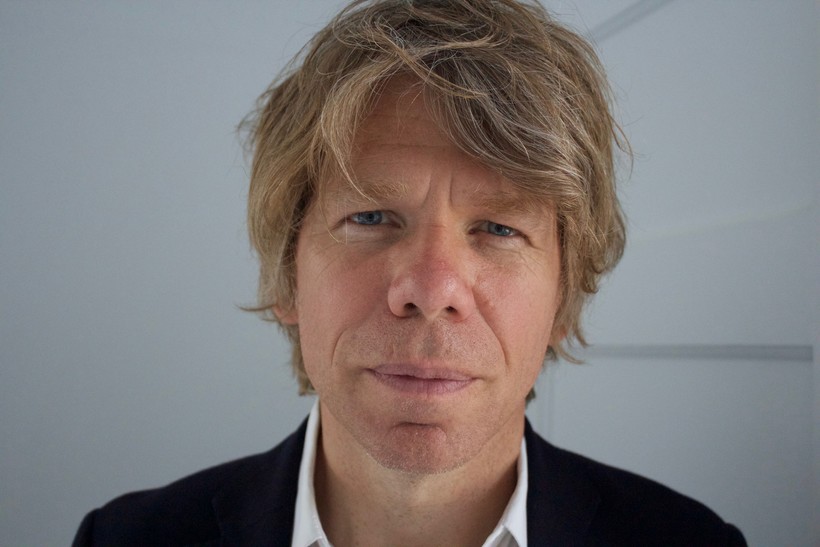 Producer Warren Zanes On The Tom Waits Tribute Album 'Come On Up To The House'
By Steve Gotcher
Share:

Warren Zanes has been around the music business wearing many different hats over the years. He’s a musician who made three records with the 1980’s band the Del Fuegos, as well as three solo records of his own. For a time, he was a vice president of the Rock & Roll Hall of Fame and Museum. As a writer, his works include a history of Warner Records Inc. and a biography of rock musician Tom Petty.

His most recent project is a compilation of 12 songs written by the multi-faceted musician and songwriter Tom Waits. The album is titled, "Come On Up To The House: Women Sing Waits," and features artists like Amiee Man, Phoebe Bridgers, Corinne Baily Rae, Roseanne Cash and eight others performing their favorite songs from Waits' vast catalog.

For Zanes, the project started in 2018 when he got a call from Scott Robinson of Duotone Records.

In the liner notes for the album, Zanes explains:

"Scott called me and said something along the lines of, 'Warren, I have a project I’d like you to work on, and I hope you’ll be interested.' I agreed to this arrangement. I guess that tells you something about my relationship with the man. But Scott’s call got better. It turned out that he wanted me to produce an album of Tom Waits songs performed by female artists. Well, I’d already said yes, but, hearing this, I said it again for emphasis. Hoping to persuade me further, Scott said he’d send me a recording of a track Rodney Crowell brought in, Iris Dement doing "House Where Nobody Lives." I’d already said yes twice, but I said it again for dramatic effect. Scott told me to think about it, that he’d check back the following week. Was I on mute? In fact, I was. For how long, I didn’t know. I unmuted and told Scott I’d think about it."

Zanes talked with WPR's "BETA" about how the title of the record — "Come On Up To The House" —came to be.

"The moment that that recording came in — Joseph’s version of 'Come On Up To The House' — I felt like the spirit of the project was embodied in their recording. The best view in my life of femininity has often been those moments when I'm lost, and I'm wounded. And somebody sees it and says, come on up to the house and let's see if we can get some healing done," Zanes said.

The title track sets the tone for a series of songs highlighting some of Waits' most poignant ballads.

It took some time, but Zanes was able to put together a collection of songs from several talented artists.

"I've done multi-artist projects in the past, and I knew at the outset that you ask a 100 to get 10 and so you can create your wish list, but what you end up with will never reflect that original list," Zanes said. "But the interesting thing for me was (because) it (was) Tom Waits being honored, the percentage of takers was much higher — which was a beautiful thing about the project."

Still, Zanes says there were some artists that "got away" including a Patti Smith cover of "What's He Building In There?" and a Chrissy Hynde cover of "16 Shells From A Thirty-ought-six."

For Zanes, all of the artists bring a personal understanding of the piece they chose, and the listener can’t help but be caught up in the tale being spun in song.

One hope of the project was to give Waits a present for his 70th Birthday, said Zanes,

"Ultimately the No. 1 goal was to wrap up a birthday present and hand it to Tom Waits on his 70th. That was the whole thing. And just to say, 'Man, we came together as a group to tell you how much you mean to us.'"

And Waits got the message.

"And when the first track was pre-released and it was Patty Griffin's "Ruby's Arms", he put it up on his website and his social media sites. For me, that was my favorite moment to have him in that way publicly acknowledge us and say, 'I see what you kids did,'" Zanes said.

Another hope was to introduce new listeners to Waits' amazing songwriting, Zanes said.

"So if somebody hears Phoebe Bridgers doing "Georgia Lee" and looks at the credit, it's like, 'Oh, she didn’t write this.' And they start to track it back to Waits. I hope some of that's happening. That's the way we did it growing up. I mean, the Rolling Stones got us to Slim Harpo. And once we got to Slim Harpo, the Beatles got us to Arthur Alexander. Once we got there, they took us somewhere else. So it's interesting. As listeners, we're often pretty good about being historical, seeing where it came from, and trying to understand. So I hope this record does bring people back to this motherlode of songs and recordings that Tom Waits has given us."