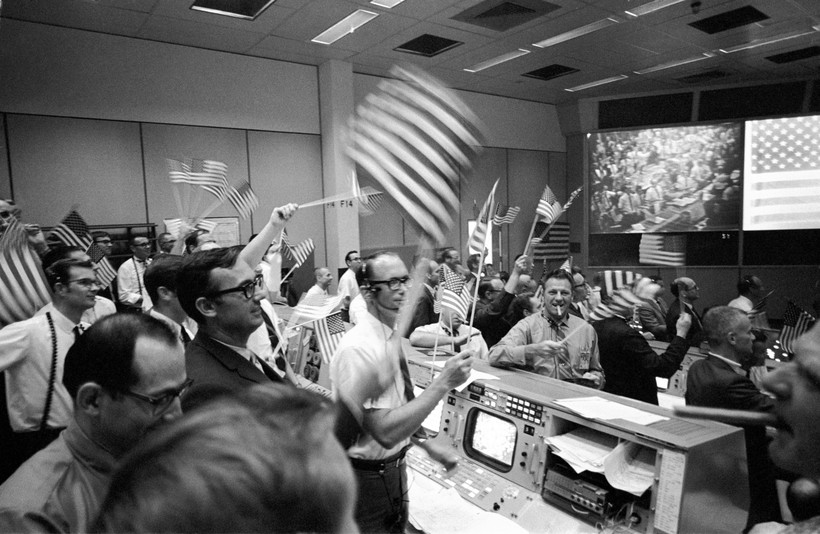 In this July 24, 1969 photo made available by NASA, flight controllers at the Mission Operations Control Room in the Mission Control Center at the Manned Spacecraft Center in Houston, celebrate the successful conclusion of the Apollo 11 lunar landing mission. NASA via Associated Press

Wisconsin's Own 'Voice Of Apollo' Reflects On Lunar Landing

When Apollo 11 stepped onto the surface of the moon 50 years ago, Doug Ward was sitting at home, watching the broadcast along with 600 million other Americans.

But Ward was watching from a different perspective — he had inside knowledge as the aptly-named "Voice of Apollo," one of Mission Control's commentators who voiced Apollo 11's arrival to the moon.

Ward was on shift at the console in Mission Control for the landing of Apollo 11 Lunar Module dubbed "Eagle," and turned the reins over to another team once the astronauts were cleared to stay. That team was in charge of commentating the lunar extra-vehicular activity, or EVA, more commonly referred to as the spacewalk.

"From an insider's perspective, the landing really was the crux of that mission — the 13 minutes that it took from lunar orbit down to the lunar surface," he said, citing gratitude that he was able to take part in the historic event. "I wouldn't have turned down a ringside seat to that sort of history."

Ward arrived in Houston to work for NASA in 1966, in the middle of the Gemini 9 mission. He was one of a handful of staffers in the public affairs office with a background in broadcasting. Most of the others had newspaper and writing experience.

"It made it kind of a natural fit for me to move in to do mission commentary at the time," he said.

John "Shorty" Powers, and later Paul Haney, were the voices during the Gemini space flights, which ended up being relatively short missions. But because Apollo 11 would be much longer than a few hours — eight days, in fact — it became clear that one person wouldn't be able to do it all.

Ward, who came to Wisconsin to retire in 1999, was one of four mission commentators during the Apollo program. The Apollo 11 module launched July 16, 1969 and landed in the Pacific Ocean on July 24. The historic touchdown on the moon took place on July 20, with only 30 seconds of fuel remaining.

Apollo 11's successful mission was met with thunderous praise, not only from Mission Control but from the American people, helped by the novelty of a transmission that allowed viewers to watch the moon walk in real time (plus 1.25 seconds and the time it took for the signal to get to the television).

That was a feat in and of itself.

"Adding television to a space mission, particularly early on, could be a difficult process," Ward said, pointing out that later Apollo flights, which he said weren't covered closely by media, showed high quality color and spectacular imaging of the lunar surface. "It was not the sort of thing that a program manager would prefer to have to deal with." 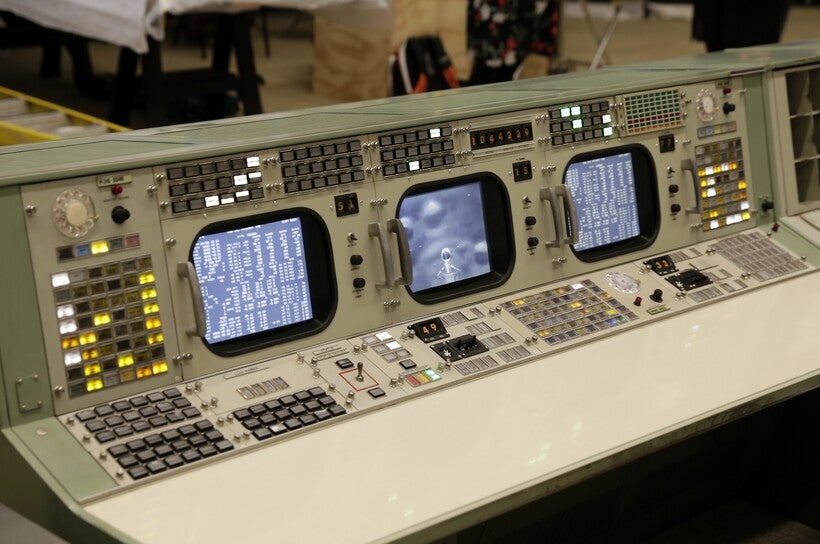 The console for Booster Systems Engineer, the first position on the first row, know as "The Trench," inside the Apollo mission control room as it is restored to replicate the Apollo mission era for the 50th anniversary of the Apollo moon landing at the NASA Johnson Space Center Monday, June 17, 2019, in Houston. Michael Wyke/AP Photo

Some fought it, but Ward said with a little push from upper management, and Christopher Kraft — NASA's Mission Control founder who passed away Tuesday — it was made possible.

Ward said before the astronauts' arrival to the moon, it was considered a sort of mystical place. He even noted his grandmother's belief that the moon was a heavenly body that God wouldn't allow humankind to visit.

"I think when we succeeded in landing and providing television of it, and did it several times, from that point on, our perspective of the moon changed completely," he said.

Recently, Ward attended a celebration of the 50th anniversary of the Apollo 11 mission. He said he was drawn to the event because he wanted to see the control room, which had been restored to its Apollo 11 configuration.

It was a step back in time for Ward to one of the most profound triumphs of the 20th century.

"I think it drew the world together," he said. 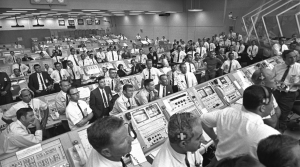 As the Apollo 11 mission celebrates its 50th anniversary this month, we turn to a Wisconsin resident to learn about his work at NASA, the decision to use cameras in space and what the legacy means for our country.