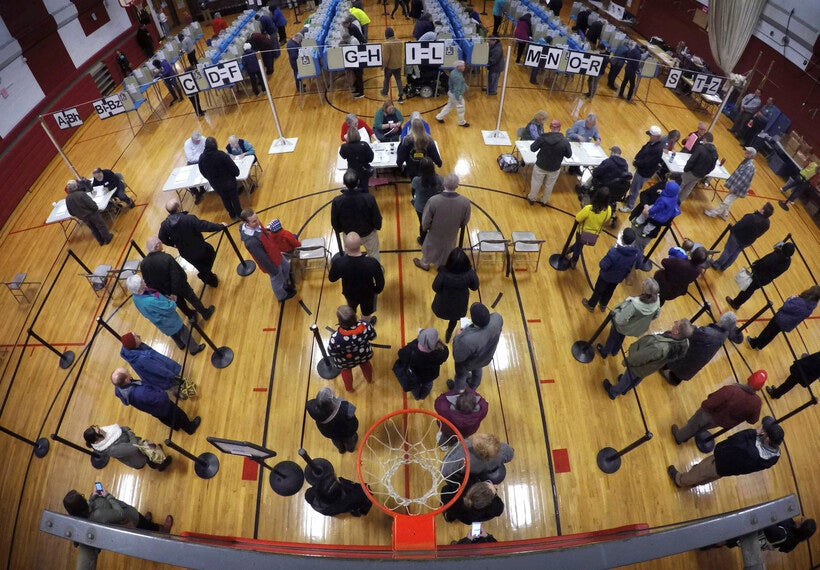 Districts asked voters for nearly $1.2 billion in additional funding and borrowing authority for new school construction, renovations and general operating costs. That’s the highest amount for an April election in the past five years.

Dan Rossmiller, government relations director for the Wisconsin Association of School Boards, broke the referendum questions down into two categories: borrowing for construction and requests to exceed revenue limits.

Rossmiller said revenue limit exceptions had an 85 percent approval rate, while questions about construction had an approval rate of around 61 percent.

"It’s encouraging that the voters are, by and large, supporting school initiatives, providing more money for their districts," Rossmiller said. "It’s always a tough decision with a school referendum because essentially you’re voting to raise your own property taxes but it’s encouraging that people are willing to do that."

Rossmiller said changes in the current state budget restrict when and how often school districts can go to referendum, which is part of the reason so many referendum questions were included on ballots Tuesday.

He said the other reason is that districts are struggling with declining enrollment and state caps on their ability to raise revenues through local property taxes.

"The failure of schools to keep pace with inflation is one of the reasons that districts are going to referendums and the other is that revenue limits themselves haven’t been adjusted since the 2014-15 school year," Rossmiller said. "By that what I mean is there’s been no increase in the per-pupil amount under revenue limits, which really defines a school district’s budget."

While most referendums passed, voters rejected a number of high-dollar asks from some districts. The largest of those came from the Neenah Joint School District, which sought approval to borrow nearly $130 million for a new middle school and upgrades to other school buildings.

Neenah district communications manager Jim Strick said while a survey of district residents last year showed a majority of respondents supported the amount, the referendum failed by less than 500 votes.

"Our needs didn’t go away or anything and we do have plans to come back. Hopefully next year is the goal," Strick said. "But we’ll kind of start over just like all districts do when they fail a referendum and we’ll try to learn from the community and hopefully come back with a better plan."

Strick said the district’s buildings are an average of 70 years old; and while the current state budget increased the amount of state aid per student, most of that went into maintenance.

"Right now we’re kind of running around putting Band-Aids on everything and that’s where we’re spending all our money, and the money that the state has been giving us and has been allocated is just going to that," Strick said.

In all, voters turned down around $424 million in additional funding requests from districts.