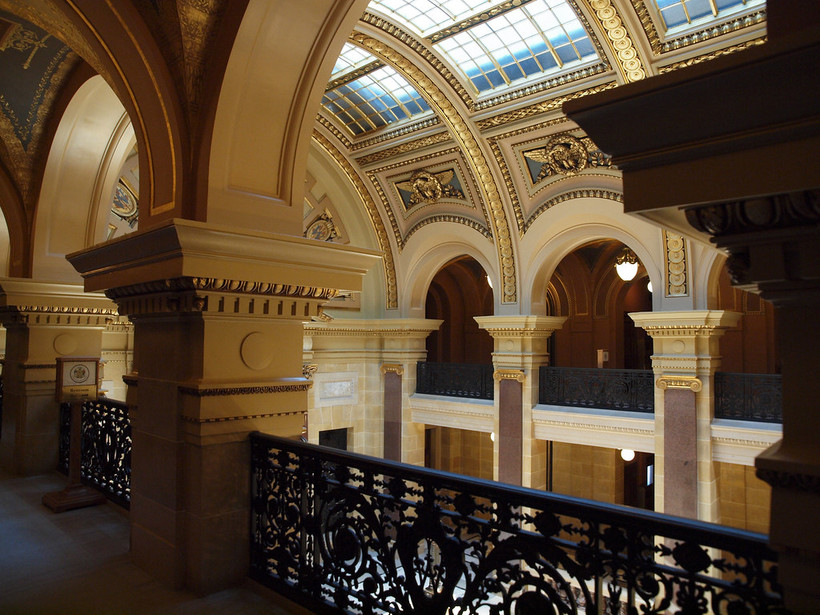 The state Senate voted Thursday to reinstate a pandemic-era waiver for state unemployment benefits and to move forward with updating Wisconsin’s archaic unemployment system — but the plan provides no immediate state funding for the system upgrades.

The proposal, which passed 27-3, would require the state Department of Workforce Development (DWD) to begin revamping the technology behind its decades-old unemployment system by June 30.

"We’ve known about this problem for a very long time, and we haven’t done anything to fix it — and now there’s a pandemic," said Sen. Jon Erpenbach, D-West Point, during debate.

Since last year, administration officials have pointed to the outdated system as a primary reason for delays and challenges in distributing unemployment aid during the pandemic. A 2014 report from DWD also called out flaws in the system. Since the pandemic began, some people have waited months for benefits after losing their jobs.

Though the bill would begin the process of updating the system, it does not dedicate state funding to the project until after DWD has identified a contractor to work on the project, has exhausted any federal money available and submits an additional funding request to the Legislature’s state budget committee.

Evers proposed including about $79 million to begin the project in his state budget proposal, but GOP lawmakers have pushed back on allocating money before they know exactly what it will cost.

After Thursday's vote, Evers issued a statement saying lawmakers' action was "not enough," but is "a step in the right direction."

"While I wish the Legislature would have provided the funding we asked for that we need to fix this system once and for all, I’m glad the Legislature is finally taking this issue seriously after years of inaction," the governor said.

Evers called a special session of the Legislature last month on revamping the state’s unemployment system. Lawmakers had not taken up any legislation to do so until this proposal surfaced. They argued Evers had enough funding at his disposal to tackle the problems on his own, an argument the Evers administration disputed.

Bill Would Revive Suspension Of 1-Week Waiting Period For Benefits

The bill approved Thursday would also reinstate a suspension of the state’s one-week waiting period for unemployment benefits until March 13. The waiting period is currently back in effect after a previous suspension, approved in last year’s COVID-19 response bill, ended Feb. 7.

The federal government requires the suspension to be in effect for the state to receive some federal unemployment funds. Allowing the suspension to lapse costs Wisconsinites $1.3 million per week in federal benefits, according to a memo from the Legislature’s nonpartisan budget office.

During debate, Democrats argued for an amendment that would extend the state’s suspension for as long as those federal funds and requirements are in place, so state lawmakers wouldn’t need to meet again to approve further extensions to align with federal policies.

"Don’t you believe that makes sense?" Sen. Lena Taylor, D-Milwaukee, asked of GOP lawmakers. "This is something that is good for taxpayers, this is good for Wisconsinites, it’s good for getting as much of the federal money that we send up there back."

The Republican majority rejected the amendment.

The Republican proposal also includes a measure unrelated to unemployment. That measure, which was included in a failed state COVID-19 response bill vetoed by Evers earlier this month, would provide legal immunity to businesses and other entities that don’t follow local, state or federal requirements aimed at curbing the spread of coronavirus.

During debate, Sen. Chris Larson, D-Milwaukee, was sharply critical of that proposal. He argued lawmakers should be putting protections in place for workers, not businesses.

"For those who have struggled through minimum wage jobs, who have struggled and taken jobs in a tough situation (during the pandemic) ... if they got sick in those situations and they want to bring a lawsuit, this bill, with this poison pill inserted, would prevent them from doing that," Larson said.

Evers previously agreed to back the business liability proposal under a compromise COVID-19 bill negotiated with state Senate Republicans earlier this year.

For any of these measures to go into the effect, the bill needs to be approved by the state Assembly and signed by Gov. Tony Evers. A spokesperson for Assembly Speaker Robin Vos said the Assembly plans to convene Tuesday to vote on the bill.