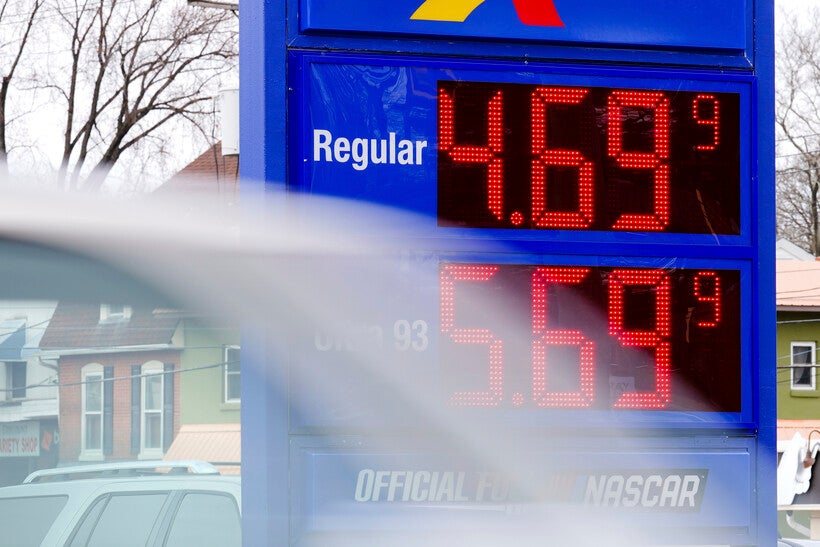 Wisconsin reached another record average price for gasoline Monday, according to daily data.

According to the American Automobile Association, the average price of a gallon of gas in Wisconsin is now around $4.81, up 66 percent from the average this time last year. Certain parts of the state are trending even higher, with Milwaukee County averaging about $5.14 a gallon.

Nick Jarmusz is the director of public affairs for AAA in the Midwest. He said recent price trends have been historic.

"We've been setting new records for all-time high pump prices, day after day after day for (what) feels like probably about the last two to three weeks at least," Jarmusz said.

According to the release, increasing oil demand and a limited global supply, combined with increased demand for gas in the wake of Memorial Day and summer travel, have contributed to current price trends.

"This has been a trend that has been building really since late 2020," Jarmusz said. "We've seen this continual gradual return of demand in terms of people driving more and more, but the production side of that has not ramped up and returned to pre-pandemic levels of production."

He said volatility in Eastern Europe due to the war between Ukraine and Russia hasn’t helped matters.

Jarmusz said there’s reason to believe a plateau could be in sight.

"That always comes with an asterisk, that if there are new developments on either the supply or demand side that either changes or exacerbates those dynamics, then that will push prices in that direction even further," he said.

"Maybe people are scaling back some travel plans or trying to maximize their trips and combine errands so that they're not doing as much driving around each day," Jarmusz said. "On aggregate, there doesn't really seem to be any evidence of a collective pullback in demand."