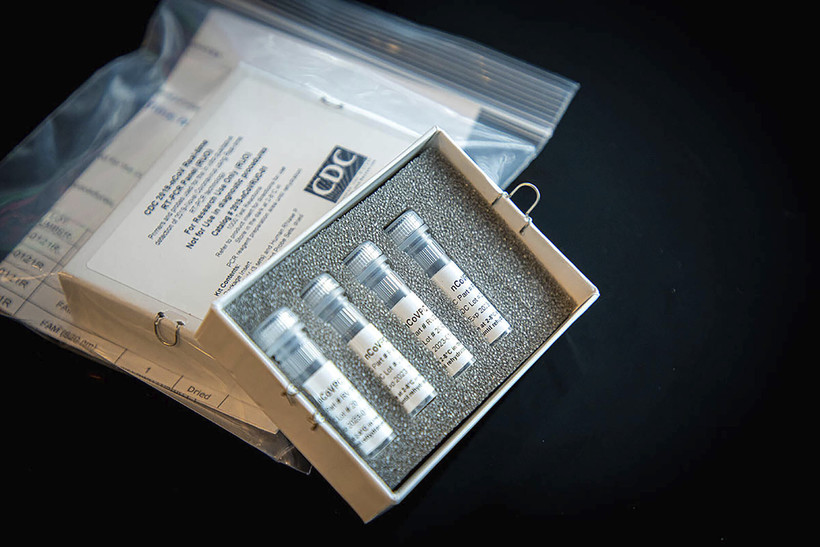 State health officials announced late Monday that a second person in Wisconsin has tested positive for COVID-19. According to the Department of Health Services, a person in Pierce County was exposed while traveling within the U.S. and are currently isolated at home. Last month, a person in Dane County tested positive after traveling to China and has since recovered.

As health officials and providers brace for more potential cases of the new coronavirus, they are also working on ways to best communicate facts about the disease.

Go online and there are plenty of suggestions on how to avoid infection. Some are legitimate. Many, like eating garlic, won’t do any good. Others could cause harm, like drinking bleach water. As NPR reported last month, fake facts are flying around about the unusual respiratory illness spreading worldwide.

UW Hospital and Clinics set up a coronavirus hotline Wednesday so the community could call and get their questions answered about the disease caused by the new virus, COVID-19. Through Sunday, they had received 171 calls. Most were people asking if they needed to be tested. Others had concerns about exposure to the virus.

"Questions along the lines of, 'Hey, I went to Walmart and there was someone coughing, what’s my risk of getting (COVID-19) if they were infected?'" said Dr. Jeffrey Pothoff, chief quality and safety officer for UW Health.

"Anything farther than that, there’s enough air in between you and them your risk is pretty much zero," explained Pothoff.

State health officials hope to increase testing and speed up the process by adding locations where tests will be done at a doctor’s discretion only; the state Department of Health Services (DHS) won’t have to sign off on testing as initially announced last Friday.

Two commercial labs, Quest and LabCorp, will supplement testing being done at the State Laboratory of Hygiene on the University of Wisconsin-Madison campus and the Milwaukee Health Department. The state lab can do 100 tests per day and the Milwaukee lab up to 30. It’s not known yet how many additional tests will be done through the commercial labs.

"Even with the loosened restrictions on testing there still are not enough tests to test everyone, so we’re still trying to be judicious to determine whether we’re going to send the tests to a lab or not," said Pothoff.

State health officials don’t have specific criteria for who will be tested for COVID-19 and will leave it up to doctors who can used their judgment based on whether a person has traveled to affected areas, been in close contact with someone who has symptoms or is vulnerable because of age or chronic health conditions.

As testing ramps up, the number of pending cases will change quickly, so DHS will only report positive or negative results.

There hasn't been indication of community spread of the disease in Wisconsin yet. But there is concern nationwide about making sure health care workers have the protective gear they need as they care for those who are infected with the new coronavirus.

"We're having difficulty keeping face masks in stock. People are grabbing handfuls of them (where they are provided to the public in clinics and at the hospital)," said Pothoff. "One, its not helpful for them, and our health care providers really need them to take care of patients."

He said face masks aren't recommended for those who are healthy and could even make infection more likely — because people tend to adjust the masks with their hands and touching one's face is not advised.