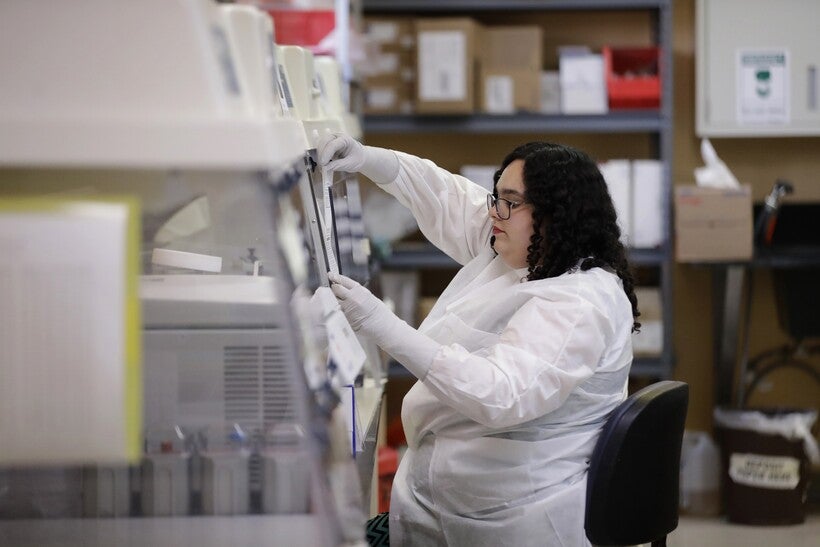 More People To Be Tested At 2 Sites In Madison And Milwaukee
By Shamane Mills
Share:

Wisconsin health officials are expanding testing for the disease caused by the new coronavirus — not for everyone who may want it, but for those whose doctor recommends it.

The move allows state health officials to better determine if the disease is spreading in the community.

To date, people with suspected cases of COVID-19 have returned from areas where the respiratory disease is widespread or have been in close contact with someone who has the disease.

"We want to assure Wisconsin residents that their risk of getting COVID-19 still remains low," said state Department of Health Services Secretary Andrea Palm on Friday.

As of Friday, 31 tests have been completed, and 12 tests were still pending. Only one test has come back positive for a person in Dane County who had returned from China, they were in isolation for more than a month and have since recovered.

Testing will be done based on expanded criteria.

Initially testing was limited to those who traveled to affected areas, showed symptoms or were in close contact with an infected person. Now with the disease spreading in some communities across the United States, Wisconsin health officials hope to test more people.

Up to 100 tests a day can be done at the State Hygiene Lab on the University of Wisconsin-Madison campus, said Dr. Allen Bateman, assistant director of the Communicable Disease Division at the Wisconsin State Laboratory of Hygiene.

Expanded testing was recommended by the Centers for Disease Control and Prevention on Wednesday. Before a person is tested for the disease by their doctor, DHS will approve whether the test is done.

"Because while we have decent capacity for testing, we don’t have the capacity to test everyone in Wisconsin with a flu-like illness, particularly since influenza is still circulating widely," Bateman said.

The CDC has warned the coronavirus disease could become widespread in the U.S. and has suggestions on how to get your household ready for a situation that might require working from home or having backup day care.

On Friday, state health officials advised households to prepare for COVID-19 as they would a natural disaster or family emergency. They suggested a two-week supply of food and water, a month or two of needed prescription medication or other medical supplies.

"For people who have the means, its always a good idea to have those supplies available," said Traci DeSalvo, communicable disease epidemiology chief at DHS.

On Friday, President Donald Trump signed an emergency appropriations bill that will provide $8.3 billion to aid the COVID-19 response at the federal and state levels. Wisconsin’s share is expected to be $10 million. State officials say the money will be used for lab testing, tracing contacts of those infected along with other public health measures used to contain and control the outbreak.