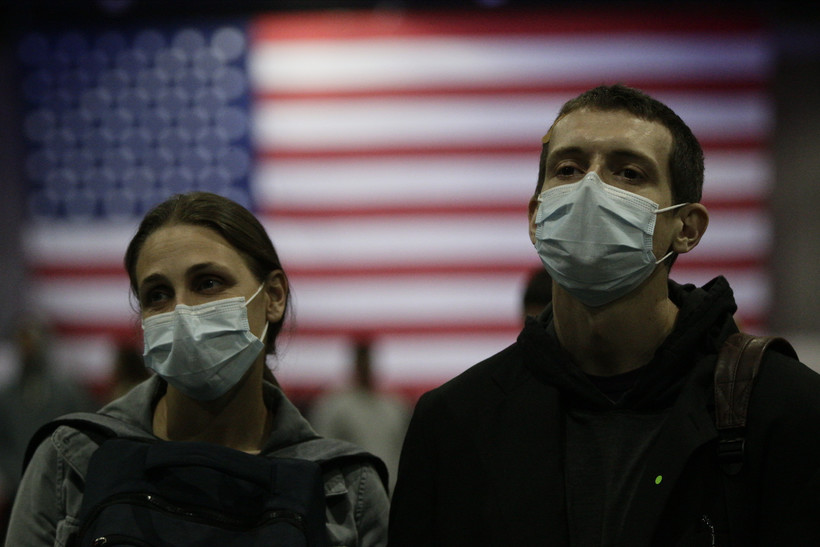 Some Wisconsin Hospitals Are Short Face Masks Amid Coronavirus Fears

Some Providers Find Masks On Back-Order
By Rob Mentzer
Share:

Concerns about the spread of COVID-19 have led to a run on protective masks, and some health care facilities in Wisconsin are feeling the effects of the shortage.

A survey by the Wisconsin Hospital Association (WHA) found that about half of member hospitals were facing shortages of the protective masks used to help prevent the spread of infections, said chief medical officer Dr. Mark Kaufman. He said a smaller number of hospitals have also seen shortages of N95 masks, which provide greater protection.

"Many of the supplies were back-ordered," Kaufman said, and some vendors have begun rationing masks.

Hospitals and clinics across the state have removed masks from public areas in order to conserve them. Ann Zenk, the WHA vice president of workforce and clinical practice, said masks should be used by people who themselves have symptoms of the disease, or of the flu, to prevent spreading the illness. They aren’t recommended for people who don’t have symptoms.

"You can't over-prepare, but you can overreact," Zenk said. "An overreaction might be searching for masks."

And the high demand for masks among people who aren't sick has consequences. Joey Pettis, executive director of the Wisconsin Director of Nursing Council, said long-term care providers are vulnerable to the shortages.

"The problem is, in some of our smaller buildings that don't have large backup supplies, they're suffering from some back orders of gowns and masks," Pettis said. "It's making it difficult to make sure we have enough supply to take care of people ... who require some kind of isolation precautions."

Wisconsin has had one confirmed case of the disease, a new strain of the coronavirus family that's related to influenza. COVID-19 has killed more than 3,000 people worldwide and sickened nearly 100,000. The Wisconsin patient, who had traveled to China where the disease originated, has recovered after spending weeks in isolation. Of a total of 39 people under investigation for the disease in Wisconsin, 24 have tested negative and 14 are still pending test results, according to the state Department of Health Services.

"Based upon what we know today, the current risk to Wisconsin residents for COVID-19 is low," Kaufman said. That could change, though, and Kaufman said he expects that we will see more cases in Wisconsin in the future.

And providers, hospitals and clinics across the state are making preparations, including in rural areas. The Marshfield Clinic Health System has more than 50 locations across central and Northwoods Wisconsin.

"We don’t have the dense populations" of some states where the disease has spread to more people, said Tammy Simon, Marshfield Clinic vice president of patient safety. "However, we have taken the stance that we will respond just like a larger, more populated city would."

That means taking additional precautions around patients who could be at risk of having the infection due to recent travel to hotspots. Simon said in two recent cases, staff met the patients before they entered the building and escorted them to a protected room to prevent the potential spread of the disease.

As for masks, Marshfield Clinic has begun putting them behind the check-in desk and providing them to those who ask for one, rather than leaving them out for people to take at will.