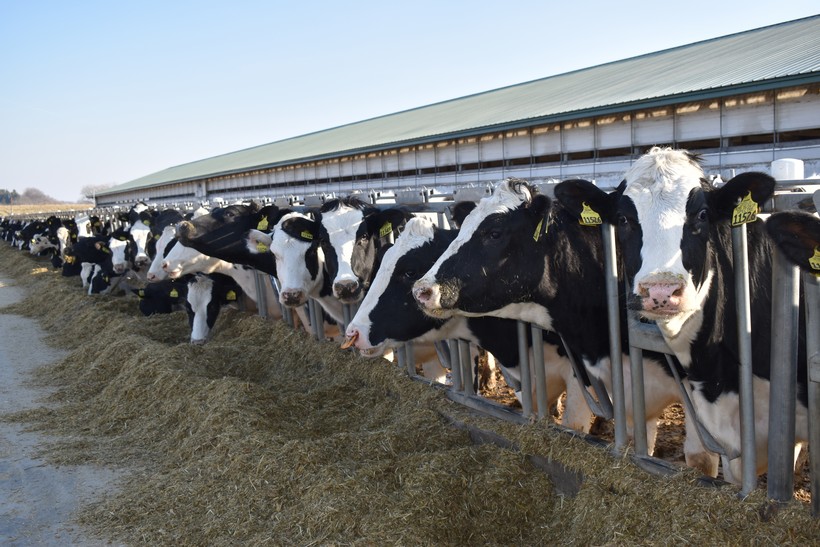 Milk production in Wisconsin held steady in 2019, despite a declining number of farms and cows in the state.

The latest data from the U.S. Department of Agriculture shows dairy farmers in the state produced 30.6 billion pounds of milk last year, up less than a tenth of a percent from 2018.

With 10 percent fewer dairy farms operating in the state, the slight increase comes from growth in production per cow. That increased about half of a percent in 2019 to 24,152 pounds of milk per cow.

"The number of milk cows (in Wisconsin) is somewhat relative. It kind of bounces around a little bit. But production per cow has continued to increase," said Greg Bussler, Wisconsin state statistician for USDA’s National Agricultural Statistics Service.

Wisconsin had 7,000 fewer cows in production last year than in 2018, averaging around 1.27 million head. It’s the third straight year of declining cow numbers as more of the state’s farms leave the dairy industry after a prolonged slump in milk prices.

Bob Cropp, emeritus professor of agricultural and applied economics from the University of Wisconsin-Madison, said the trend has already continued into 2020 despite price improvements at the end of 2019.

He said the state is likely to see even fewer cows by the end of the year as the new coronavirus pandemic takes a toll on the market.

"I think we’ll end the year with a little decline in milk production. That’s quite a change, because from 2005 up to last year, we were in a growth mood,” Cropp said.

He said the industry will likely see a decline nationally as well, even as states like Texas and Michigan continue to increase milk production.

Milk prices have fallen significantly since the start of the pandemic as the dairy industry lost sales to the food service industry and exports.

Cropp said slowing milk production could help raise prices by the second half of the year, but forecasts still aren’t favorable for farmers.

"It looks like we could end the year with prices averaging $3 or $4 (per hundred pounds of milk) lower than it did last year," Cropp said.