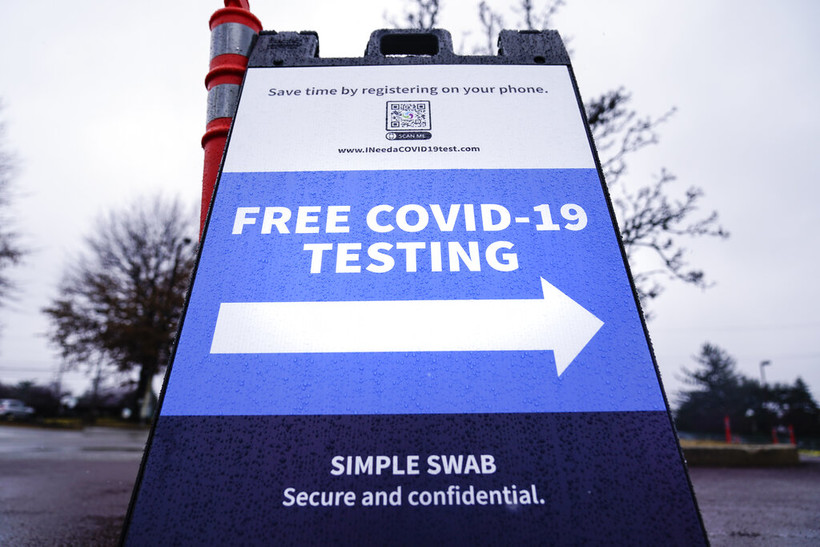 As of Monday, Wisconsin is averaging 1,168 confirmed COVID-19 cases a day, according to data from the state Department of Health Services. That's up from around 320 cases a day a month ago.

Dane County in southern Wisconsin and Barron and Rusk counties in the northwest part of the state all currently show a medium community level of COVID-19, according to CDC guidelines based on an area's number of cases and hospital capacity. Last week, Milwaukee County health officials said cases there were trending in the wrong direction, and last month, DHS noted a "major increase" in the concentration of COVID-19 in wastewater in cities throughout the state.

Dr. Ryan Westergaard is the chief medical officer of the Wisconsin Bureau of Communicable Diseases. He said the BA.2 subvariant of COVID-19, which is even more transmissible than the original omicron variant, is playing a part in the uptick.

"It took a bit longer for this BA.2 variant to take hold in North America, but it's here now," Westergaard said.

He said the focus has shifted toward trying to prevent severe cases of COVID-19.

"We're in a better place overall, but a lot of the lessons that we've learned and the measures that we've taken over the past two years are still relevant, and we want people to still think about them," Westergaard said.

Westergaard stopped short of saying COVID-19 has reached an endemic stage. He said it will circulate in humans and animals "probably forever," but he said the disease hasn't settled into a predictable seasonal pattern like the flu.

"Even now, you know, two plus years into this, I think there's still surprises, and we don't know what the future is going to look like," said Westergaard. "If anyone says they have a good estimate of when and where, how high this new peak will peak, I would be skeptical."

Westergaard said there are efforts underway to bring the country, the state and health care systems back to normal. He noted the increased availability of antiviral drugs like Paxlovid that can prevent people from needing to be hospitalized for COVID-19.

"We're trying to make sure that all health care professionals are aware of this and try to remedy that misconception that they aren't widely available, because the supply has gotten much better," Westergaard said. "It takes a little bit of extra education, a little bit of awareness, and that may be something that makes it another barrier for it to be widely adopted in practice, but like all things, you know, the field will catch up and we're hopeful that'll become a more routine part of care as it becomes more commonplace."

He said there are higher levels of vaccination and more accessibility of therapeutic options to combat the disease.

"We have a lot to be grateful for," Westergaard said. "We've accomplished a lot as a community, as a profession, and as (an) overall health system, and I think that puts us in a good position that as we see more cases in the community, hopefully that piece of the pie that results in hospitalization will stay small."

He said that doesn't eliminate the collective responsibility for people to act to protect more vulnerable people.

"We have a responsibility to stay home when we're sick, wear a mask if you're unsure if you've been exposed to someone," Westergaard said. "We can keep each other safe by doing things that we took for granted before."

Westergaard said case counts could climb more. While he said the state needs to be prepared for future surges, he said unless the virus changes dramatically, it seems unlikely that cases will reach the average of almost 19,000 cases a day seen during the surge in January.