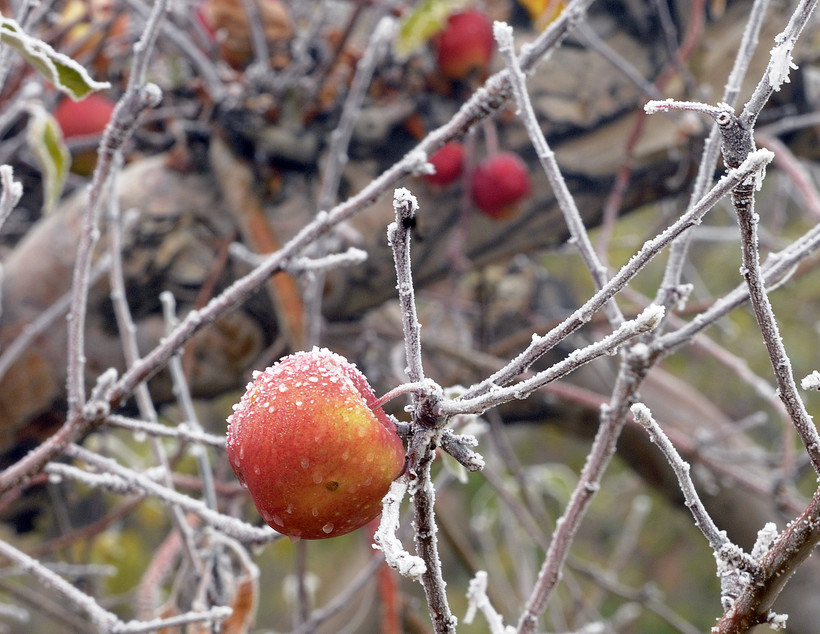 Wisconsin fruit growers are working to guard their crops against a late spring frost this week.

The National Weather Service has issued a freeze warning for Thursday and Friday evening across much of the state. Temperatures are expected to hit the mid- to upper-20s and could reach record lows in some areas.

Brian Smith teaches fruit and vegetable production at the University of Wisconsin-River Falls and said the risk for frost damage to fruit crops in the state will largely depend on where they’re located.

"Generally, the southern part of the state is going to be in the greatest jeopardy because that's where the fruit plants will be furthest along and closest to flowering," Smith said.

He said apple trees and strawberry plants are closest to flowering. But grape growers will also need to take precautions to protect new growth in their vineyards.

"They have a lot of shoot development right now in the southern part of the state, so that can definitely cause massive damage on the vines," Smith said. "They don't usually flower until late May or June but their shoots are very sensitive at this point."

Smith said what producers can do to protect their crops also largely depends on their development stage.

Laura Tisch, owner of Munchkey Apples in Mount Horeb, said she’s prepared to run the frost fans in her orchard when temperatures fall below freezing Friday.

"What happens is at night the heat rises and then the frost fans come on when you reach a certain lower temperature that you have it set at. And it will bring that warm air, that wind back down into the orchard," said Tisch, who is also a board member of the Wisconsin Apple Growers Association.

She said many apple trees have been in good shape after favorable weather this winter and spring.

"In a way, it's been a cold spring," Tisch said. "But sometimes we like that as growers because we really don't want our trees blooming until the middle of May when we can get past this frost time."

Smith said grape growers will also be using fan systems to keep warm air moving through their vineyards. Strawberry and cranberry growers can use irrigation systems to prevent frost damage to their buds. But Smith said he’s advising strawberry producers to simply recover their plants with straw mulch leftover from this winter.

He said vegetable growers in the state may also need to take precautions to protect transplanted cool season crops, like broccoli and cabbage.