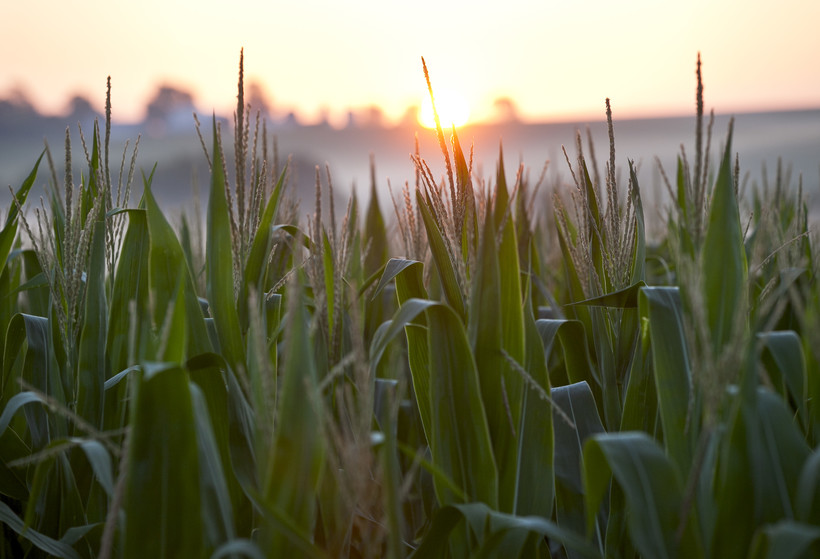 Almost Half The State's Corn Crop, A Third Of Soybeans Are Planted Thanks To Dry Weather
By Hope Kirwan
Share:

Wisconsin farmers have seen a favorable start to this year’s growing season, with drier than normal conditions and strong crop prices.

The state’s latest crop progress report from the U.S. Department of Agriculture shows this year’s corn crop is 49 percent planted. That’s two days behind planting in 2020 but five days ahead of the five-year average.

Soybeans were 34 percent planted, which is nine days ahead of the five-year average and one day ahead of last year.

Mike Ballweg, a crops and soils specialist for the University of Wisconsin-Madison’s Division of Extension, said soil moisture across the state is currently varied, from wet soils in eastern counties like Sheboygan to dry conditions in the northwest.

But Ballweg said this spring has largely been drier than normal and that’s a win for most grain producers.

"Farmers get a little nervous and understandably so if they're out planting in dry soil. But on the plus side, we’re getting it in the ground in a timely manner," Ballweg said.

While 2020 was a similarly favorable year for planting, Ballweg said the state’s farmers have previously endured several years of extremely wet springs and major planting delays.

"In a good, high-producing year, the best thing to have is a dry spring with enough rainfall to activate pesticides and then a mini drought," Lauer said.

Having little rainfall through much of June allows corn crops to establish deeper root systems without setting back growth, according to Lauer.

He said one thing that has set this year apart from 2020 is more favorable prices for both corn and soybeans.

According to The Wall Street Journal, corn prices have risen roughly 50 percent in 2021 and a bushel costs more than twice what it did a year ago.

Prices across the agriculture industry were down significantly last spring as the pandemic slowed exports and caused delays at processing facilities.

"It’s a nice position to be in while you're planting the crop to know that there’s good prices out there," Ballweg said.

Ballweg said the prices have likely impacted some planting decisions.