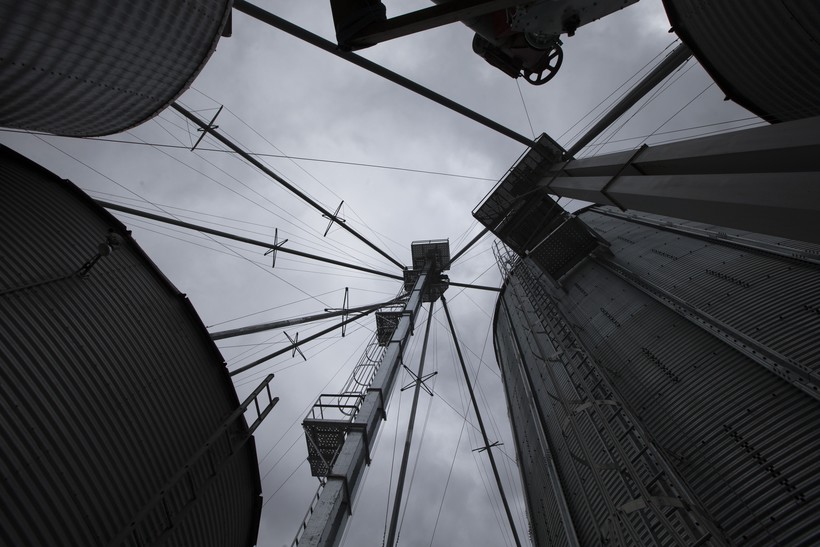 Wisconsin farmers are expected to harvest a record amount of soybeans this year, according to the latest forecast from the U.S. Department of Agriculture. But farm experts worry continued challenges during this year’s growing season will keep growers’ profits from improving.

"On paper, there's a lot of grain out there, in these fields that are harvesting that haven't been flooded out," said Paul Mitchell, director of the Renk Agribusiness Institute at the University of Wisconsin-Madison. "The big question is how good is (the grain) and is it all usable."

Mitchell said recent wet weather has delayed harvest and caused widespread mold problems in the field this year. While some soybean fields have been affected, Shawn Conley, soybean and small grains specialist at UW-Madison, said disease problems have been more prevalent in the state's corn fields.

"Any farmer either storing grain or directly feeding grain (to livestock) on farm, I would urge you to work with your nutritionist and get that grain, send it in to the lab, get a mycotoxin test done," Conley said.

Mycotoxins are a toxic substance produced by mold that can cause serious health problems in cattle and other livestock. Once mold levels are too high, Conley said that grain isn’t usable. So farmers can save time and money by testing their fields before harvesting.

"It’s really hard to ask farmers to slow down, given the value of that crop in the field and they want to get it out before it's all laying on the ground. But I think in the long run, it may behoove them to maybe slow down a little bit and just get an assessment,” Conley said.

Conley said reduced grain prices have also increased the pressure on farmers. After China introduced new tariffs on soybeans in retaliation against U.S. trade policies, soybean and corn prices plummeted this summer. Conley said farmers with grain impacted by disease are likely to receive even lower prices for their crop.

But some growers could get help through federal crop insurance programs.

"What people forget sometimes is that quality losses are an insurable loss as well," Mitchell said. "(The grain) is still sellable in general at some reduced price. Sometimes there’s mitigation, you have to clean it up, there’s different activities you have to do."

If farmers have significant mold problems, Mitchell said they should contact their insurance agent before harvesting a field. But he said Wisconsin is underinsured compared to neighboring states because most dairy farmers don’t purchase insurance on corn fields that are meant for cattle feed.

As heavy rain events and humid weather become more prevalent in Wisconsin, Mitchell said more farmers are concerned about the future of mold and other disease pressures.

"I think that's what everyone’s going to start asking themselves: how many of these new disease problems are we going to see? And I’m thinking eventually certain insects are going to become problems as well that we haven’t seen before," Mitchell said.