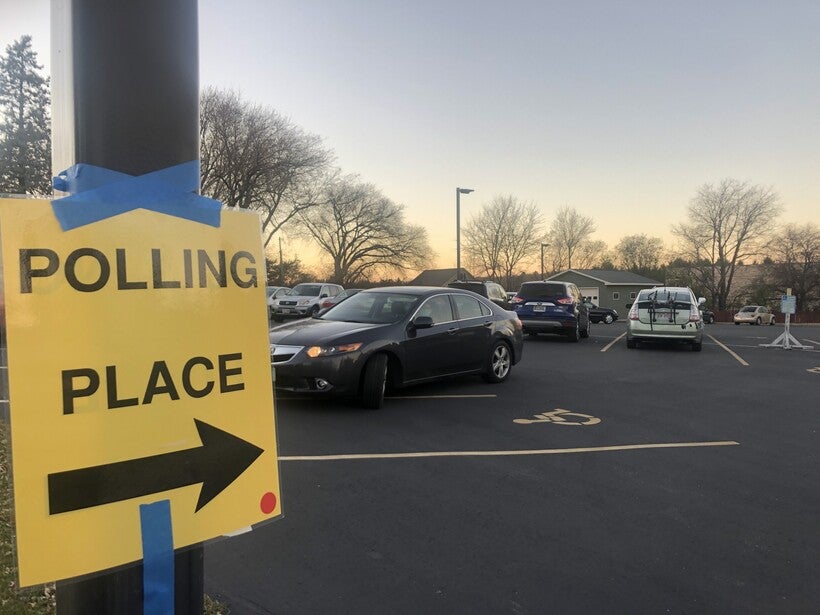 With under two hours until polls close in Wisconsin, election officials are reminding voters that results likely won't be known right away and that election night counts are unofficial until certified.

"Our jobs as election officials is to make sure we get it right, to make sure every ballot gets counted. Our election inspectors, they're going to continue to value accuracy over speed," said Wisconsin Elections Commission Administrator Meagan Wolfe during a 5 p.m. briefing with reporters Tuesday.

Polls close at 8 p.m., but counting a record number of absentee ballots along with those cast in person is expected to push results back later than usual.

Statewide, fewer than a thousand absentee ballots have been rejected due to errors. Meanwhile, in Outagamie County, clerks are working to recreate 13,000 misprinted ballots which officials spotted before the election.

Possible postal delays that could affect the election have been the focus of a federal lawsuit. A U.S. District Court judge ordered a last-minute check for ballots that could be delayed in one postal district in Wisconsin, along with districts in other states. However, the U.S. Postal Service said early Tuesday evening it couldn't complete the review process in time.

The Wisconsin Elections Commission is not party to that lawsuit, and Wolfe didn't know how many ballots might be affected but said local clerks have been working with regional post offices to get ballots to polling places before they close.

Wolfe also said she was not aware of Wisconsin having problems with suspicious robocalls spreading misinformation, the likes of which have been reported in Michigan and other states. Voters there received calls in which they were given incorrect dates for Election Day, or were told to stay home. Wolfe urged voters to rely on official election sources for information about voting.

Polls opened at 7 a.m. for the closely watched contest between Democrat Joe Biden and President Donald Trump, who narrowly won the state four years ago with fewer than 23,000 votes over Democrat Hillary Clinton.

The election, which also includes state legislative races, will be the fourth statewide election this year to be held during the coronavirus pandemic.

Masks are required for poll workers and are recommended for voters. Many polling places have extras for those who don’t have a face coverings, said Wolfe.

Hand sanitizer is at poll entrances and exits, and election officials say every aspect of the process, from showing photo ID to signing the poll book or standing in line, incorporates public health guidelines.

A record number of absentee ballots were requested for this election, and so far over 90 percent have been returned. Shortly after polls opened, Wisconsin reported 2,066,614 absentee ballots had been issued with 1,924,838 received by clerks.

That means 141,000 absentee ballots are still outstanding statewide. Election officials expect some people to return those ballots at the polls Tuesday, which also occurred during the August primary election.

There are 30,000 poll workers around Wisconsin, and up to 400 National Guard members ready to assist with the election if those poll workers don’t show up.

A small pool of municipal and state workers have also been trained to help at the polls if they are needed. The Guard will serve in an election capacity only, wearing civilian clothing and stationed in their home communities. If there are disturbances at the polls, local law enforcement will be contacted, Wolfe said.

Election officials reminded voters not to wear or bring political items to the polls. This is considered to be what’s called electioneering. Advocating for a candidate or party and is not allowed on Election Day within 100 feet of a polling location.

Voters are required to show a valid form of photo identification such as a driver’s license, tribal, military or student ID, or a passport.

Wisconsin allows people to register to vote on Election Day at the polls. To do so, people need to show proof of residency with their current address, which can be done with a bank statement or utility bill.

Historically, Wolfe said many Wisconsinites register to vote at the polls and clerks are prepared for that as they also handle in-person voting and count absentee ballots throughout the day and evening.