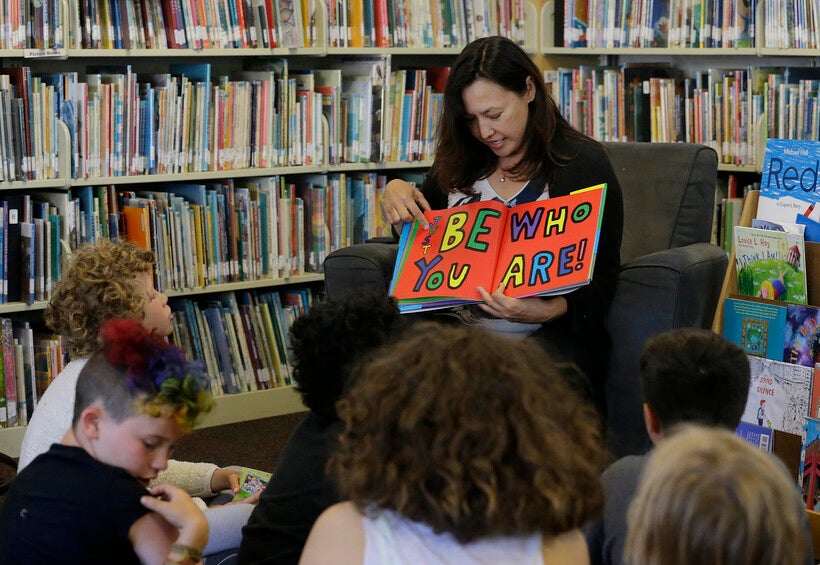 Parents are appealing the Superior School District's decision to reject a complaint filed about the curriculum
By Danielle Kaeding
Share:

Some Wisconsin school districts are facing pushback over their plans to teach elementary school kids about gender identity.

On Aug. 3, a group of 30 parents filed an appeal with the Superior School District after District Administrator Amy Starzecki rejected their complaint about gender identity being taught to fifth graders. They argue the lesson plan within the district’s human growth and development curriculum isn’t age appropriate and fails to meet the district’s own standards for teaching controversial issues.

The parents want the Superior School Board to suspend and review that part of the curriculum put forth this spring, as well as allow parents to opt into it. Under state law, no students are required to take any such instruction, but parents must opt out by filing a written request that their student be exempted from the curriculum.

At a Monday meeting, dozens of educators, parents and students urged the school board to keep the curriculum in place. Ryan Haroldson, principal of Great Lakes Elementary School, said preventing instruction of gender identity wouldn’t keep students from talking about it.

"This makes it imperative that we have professional educators present age-appropriate information on the topic of gender identity, dispel misconceptions, and promote inclusive environments for all students, including our LGBTQ students," said Haroldson.

Heidi Sigfrids, an administrator at Superior High School and former counselor, said she has witnessed the negative impacts of students not feeling safe or represented in their schools.

One 2020 study found 82 percent of transgender individuals have thought about taking their own lives while 40 percent have attempted suicide with the highest risk occurring among transgender youth. Other research suggests LGBTQ youth are more than four times as likely to attempt suicide than their peers.

Students shared their thoughts and experiences with teachers and peers in the district, including Kennedy Popplewell, a 15-year-old gender non-conforming Superior High School student. She recalled how she was nearly punished by one substitute teacher who refused to accept that she was female and not male.

"I'm constantly misgendered. If I had $1 for every time I was misgendered, I'd probably be richer than Jeffrey Bezos," Popplewell said.

"Teaching about pronouns and accepting people for who they are should not be taken away whatsoever," said Popplewell. "Your kids...and my peers deserve to feel accepted. Some students don't have a safe place at home. So why do we take that away at school?"

The majority of people who spoke at the meeting supported the curriculum. But other parents and educators said the curriculum is being passed off as fact when they argue it’s a philosophy or theory being put forward with those who have a political agenda.

Brett Jones, a college professor, supports the complaint filed by parents. He agreed that there should be support, love, care and respect for LGBTQ students.

"Having taught students with gender dysphoria and transgendered students in mutual respect, love and genuine friendship, I find the way that this topic is addressed by this unit to be coercive, academically dishonest, insensitive and bordering on proselytization," said Jones.

He argued teaching gender theory places the district in a position of coercing students to accept part of a related political ideology, putting some educators in a position where their employment may be threatened if they refuse to abandon their own beliefs. Jones also said the district is impeding free practice of a student’s religion by teaching about gender identity.

Janette Gil de Lamadrid, a minister in Superior, told the board she didn’t feel gender identity was an appropriate topic for 10-year-old students.

"It found its way into our schools under the guise of prevention of bullying," she said. "Rather than submit all our children to this education, why not just teach our children to be kind to one another, and to enforce that rule?"

The district will review the appeal, which it plans to address at a future meeting.

The discussion comes as Wisconsin’s Republican-controlled Legislature has introduced multiple bills in the past year focused on LGBTQ youth. One bill introduced in September would compel schools to inform parents and guardians when a program related to gender, gender expression, gender identity or sexual orientation is set to be provided. The bill failed to pass in the last session.

Alexandra Schweitzer is the Wisconsin president of No Left Turn in Education, a national conservative group. Schweitzer said teaching gender identity in schools is about parents' rights.

"This is politicking of our students with age-inappropriate content to our youngest minds. Parents must not only be included in this conversation, they must be the decision maker," said Schweitzer in an email. "Parents know what is best for their children."

The Superior School District is not the only one grappling with the issue. The Wauwatosa School Board met on Monday to discuss changes to its human growth and development curriculum, which includes a lesson plan for teaching gender identity to students in second grade.

Demond Means, the district’s superintendent, said the curriculum was guided by the National Sex Education Standards. He added that the Wisconsin Department of Public Instruction has identified those standards as the foundation for school districts developing human growth and development curriculum, including teachings about gender identity.

"As a parent, grandparent and member of this community, I believe that the introduction of gender identity ideology is toxic — flat out toxic — for our kids," said Mueller. "It will only confuse them."

At the same time, Wauwatosa parent Heidi Bach said she trusts that educators are making the best decisions for students, as well as health professionals who provided insight on the curriculum.

"I don't think that what we want our world to be or what we're afraid of should guide our decisions in teaching our children," said Bach. "I have a second, a fourth grader and a sixth grader in the district, and I did go through each of those grade levels, and what I read was extremely appropriate."

The board is accepting feedback on the revisions through Aug. 17. It is expected to vote on the changes to its curriculum at the Aug. 22 board meeting.