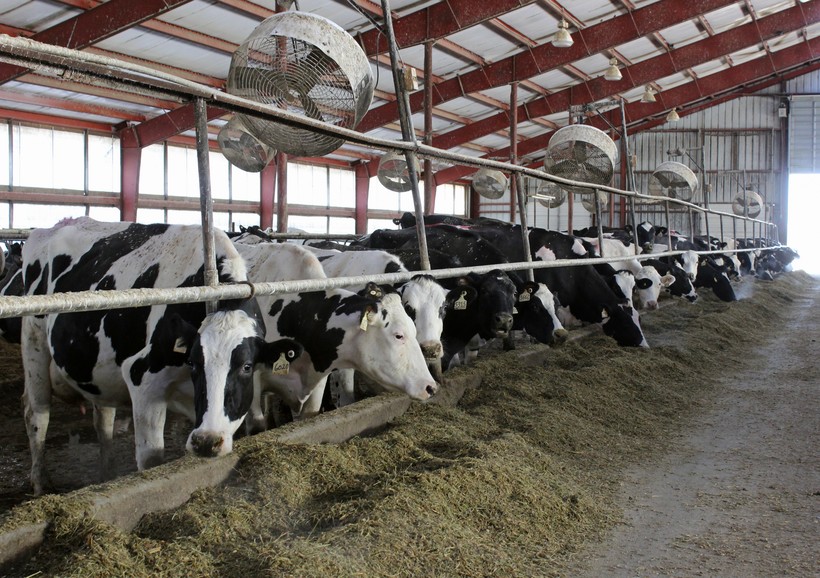 Wisconsin Dairy Economists Say 2020 Will Be 'Restorative' Year For Industry

Wisconsin dairy economists are predicting 2020 will be a recovery year for the industry after years of low prices.

The production increase comes after several months of declines from 2018 levels.

Mark Stephenson, director of dairy policy analysis at the University of Wisconsin-Madison, said he was surprised by the change.

"(There were) fewer cows than we’ve had in all of our earlier months of the year so a continued decline there, but milk production per cow had a strong growth," Stephenson said. "That usually doesn't happen unless we have pretty good quality feed and a real strong incentive to produce milk."

Stephenson said farmers have the incentive, with milk prices at about $18 per hundredweight (cwt), or 100 pounds of milk. That’s about $2 higher than in September 2018

But he said farmers may not be able to sustain increased production in coming months.

"I'm just doubtful that the quality of our feed with the poor harvest that we’ve had is good enough to support that kind of increase in milk per cow," Stephenson said.

Bob Cropp, a professor emeritus of agricultural and applied economics at UW-Madison, said he agrees that farmers won’t be able to ramp up production quickly, even with strong domestic demand and lower stocks of products like cheese.

"After four and a half years of low milk prices, farmers lost a lot of equity. So we don't see them jumping on the bandwagon to start increasing milk production real fast," Cropp said.

Cropp said farmers will need to pay off some of their debts before thinking about an expansion.

And Stephenson said that will likely take a higher milk price.

"They need better than average prices to restore some of those balance sheets before they're going to feel like they're in good shape again. I think 2020 is going to be enough better that it will be restorative, but it's not going to be a great year like 2014 was," Stephenson said.

So Stephenson said modest production could be a good thing for prices, especially given the current confusion in the market.

He said cheese prices are a good example, with huge increases and declines in a short period of time in the last few months.

"These are markets that don’t have a clear idea about just where we are right now," Stephenson said. "Demand has been relatively good and so they want to produce cheese and they want to sell it. But they don't want to make more than they think they can sell and just simply store it, that's not a good strategy."

Cropp said prices could reach $19 per cwt in November during the always-busy holiday season. He expects prices will remain strong in 2020.