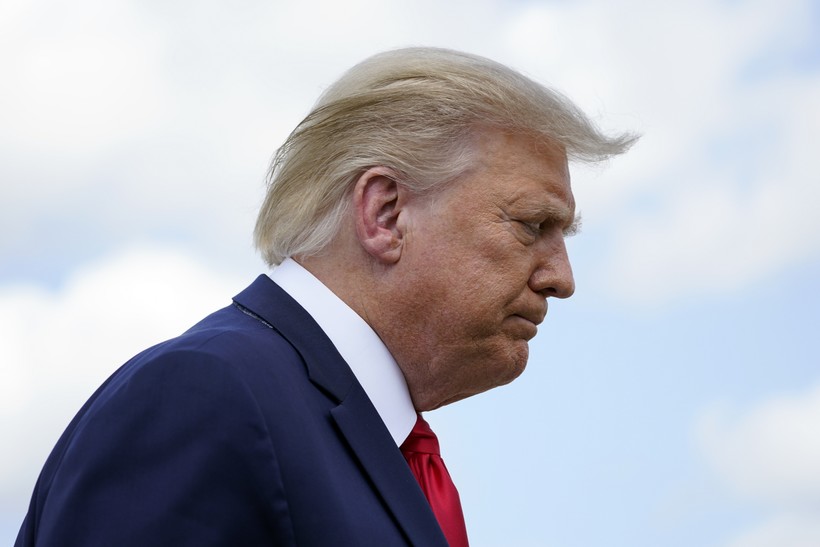 Longtime conservative talk show host Charlie Sykes said he is voting for Joe Biden in November — his contribution towards what he calls an attempt to regain political normalcy from a calamitous four years of bickering, infighting and hyper-partisanship during Donald Trump's presidency.

Sykes is one of a number of conservatives who have distanced themselves from Trump's Republican Party and emerged as his fierce opponents: The Republican dissidents. The 'Never Trumpers.'

"Whether you want to talk about fiscal prudence, free trade, American exceptionalism — one after another, those values were jettisoned, not to mention just the damage that's been done to the American political culture by four years of Donald Trump," Sykes told WPR.

"I just think we have to end this particular segment of American history," said Sykes, author of nine books and founder and editor-at-large of The Bulwark, a conservative political journal.

Except for Trump's base of supporters, Sykes said most Americans don't want a president who is stoking the fires of chaos and violence, as he believes Trump did in his public comments neglecting to denounce the shootings in Kenosha by 17-year-old Kyle Rittenhouse that resulted in two deaths.

Sykes said that while there are people who believe everything that Trump says, he's more worried about those who know he's lying and are apathetic about it. As of July 9, a running tracker from The Washington Post reported that Trump made 20,055 false or misleading claims since taking office.

"The point is not to make you believe the lie," Sykes said. "It's making you doubt your critical sensibilities, so you just shrug and go, 'I don't know who to believe. I don't know what is truth.' And that's a dangerous place for a democracy."

The Republican National Convention held last month was designed to bring back "wobbly" Republicans, Sykes said. The aim was toward suburban women voters with rhetoric designed to convince them that the party was kinder and gentler, Sykes said.

Sarah Longwell, founder of the political group Republican Voters Against Trump and publisher of The Bulwark, has held dozens of focus groups with women who voted for Trump in 2016 to understand their reasons why, and what sort of changes were happening inside the party.

When she first began her focus groups, Longwell kept hearing voters express a sort of loathing for the Clintons as their reason for voting for Trump in 2016. In all the groups she heard from, someone always said they didn't vote for Trump, rather they voted against Hillary Clinton.

Sykes has seen the same sort of party loyalty that has supporters voicing more about their dislike for the other side than support for their own.

But what he hasn't seen before, he said, is an unquestioning loyalty to the person, in this case Trump.

The RNC was an example of this, where delegates there didn't vote for a new platform, he said. Rather, the agreement was to stand behind whatever Trump wanted.

"This is a political party that used to pride itself on having ideas and ideology and proposals and policies," Sykes said. "And essentially they said, 'Yeah, we're just with that guy.' I think historians are going to look back on that as a really telling moment in what has happened to the Republican Party."

Sykes said it's been hard for him to watch what he calls the "Trumpification" of the Republican Party in Wisconsin, particularly because he had always envisioned the state's conservatives aligning with the likes of former U.S. House Speaker Paul Ryan of Janesville and the "party of reformers."

Sykes, who contributed conservative talking points into the political dialog during the 23 years that he spent as a conservative talk show host on WTMJ in Milwaukee, says conservative media such as Fox News, Breitbart and Rush Limbaugh have altered the landscape for the Americans who consume that type of media.

"It's not just that there's an echo chamber," Sykes said. "It's an alternative reality silo."

Even in a society that has the most robust investigative journalism resources, much of that information won't seep into the conservative conversation, he said.

Sykes said an example of this is the recent story from The Atlantic that reported Trump called war heroes and members of the military "losers" and "suckers." Trump vehemently denied having said that, but multiple news outlets, including Fox News, independently confirmed parts of the Atlantic's reporting.

"But if you're watching Fox News, you will see tremendous efforts to discredit that story, and actually discredit their own reporting of the story," Sykes said. 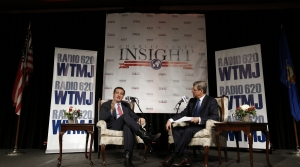 For years, talk show host Charlie Sykes was a driving force in Wisconsin's conservative politics. But since President Trump’s election, he’s been working with other disaffected conservatives to prod the GOP in a new direction. We get his views on the 2020 campaign, Wisconsin’s Republican leaders and the violence in Kenosha.