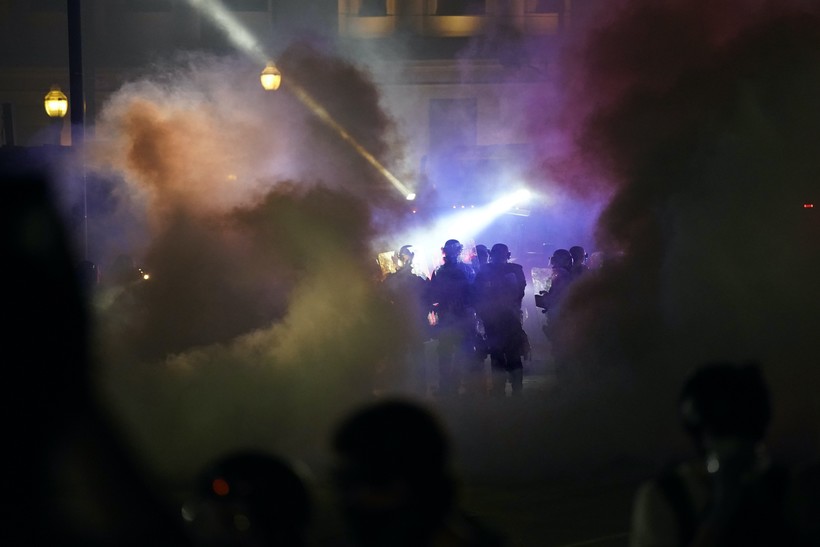 'I Just Killed Somebody': Wisconsin Files Charges Against Illinois Teen In Kenosha Shooting That Killed 2

Prosecutors have charged a 17-year-old from Illinois in the fatal shooting of two protesters in Kenosha, Wisconsin, and the wounding of a third.

Kenosha County District Attorney Michael Graveley filed six charges against Kyle Rittenhouse, of Antioch, Illinois, including two counts of first-degree murder and one count of attempted first-degree murder. Rittenhouse was also charged on two counts of recklessly endangering safety with a dangerous weapon and a minor in possession of a dangerous weapon.

According to the criminal complaint, Rittenhouse could be heard in a video recording saying on the phone, "I just killed somebody," after shooting 36-year-old Joseph Rosenbaum. Dominic Black, a friend of Rittenhouse, told investigators the teen called him near midnight, saying Rittenhouse had just shot someone.

Law enforcement reviewed multiple videos that showed Rittenhouse was carrying an AR-15 style rifle and was being followed by a man identified as Rosenbaum, who was also being trailed by reporter Richard McGinnis. McGinnis said Rittenhouse was trying to evade Rosenbaum and others who were moving quickly toward the teen.

One video allegedly shows Rosenbaum throwing a plastic bag at Rittenhouse as they cross a parking lot at 63rd Street and Sheridan Road. The bag doesn't hit Rittenhouse and Rosenbaum continues to follow him, approaching a black car.

McGinnis told investigators that Rosenbaum tried to reach for the barrel of the gun and Rittenhouse pulled away, raised it and then fired. Rosenbaum fell to the ground and was transported to a hospital where he was declared dead.

Rittenhouse can be seen on another video running with the gun down Sheridan Road after he shot Rosenbaum. A group of people are seen running behind him, urging others to either hurt Rittenhouse or "get him." The teen trips and falls to the ground. A man later identified as 26-year-old Anthony Huber approaches Rittenhouse, who is still on the ground. Huber appears to reach for the gun before he is shot. Huber staggers away and collapses on the ground, dying from a single gunshot wound, according to the complaint.

Another man identified as 26-year-old Gaige Grosskreutz moves toward the teen, but backs off after Rittenhouse points the gun at him. The teen shoots Grosskreutz in the right arm, who appears to be holding a handgun when he was shot. The man runs away, crying out for a medic.

Rittenhouse gets up and walks backward with his gun pointed at people in the road before eventually walking past police vehicles with his arms raised.

Rittenhouse was among a group of armed men patrolling parts of the city Tuesday night, saying they intended to protect local businesses from damage and looting. The teen reportedly had a history of posting pro-police messages on social media and identified himself as part of a local "militia".

Rittenhouse could face a mandatory life sentence if convicted of first-degree intentional homicide, the most serious crime in Wisconsin.