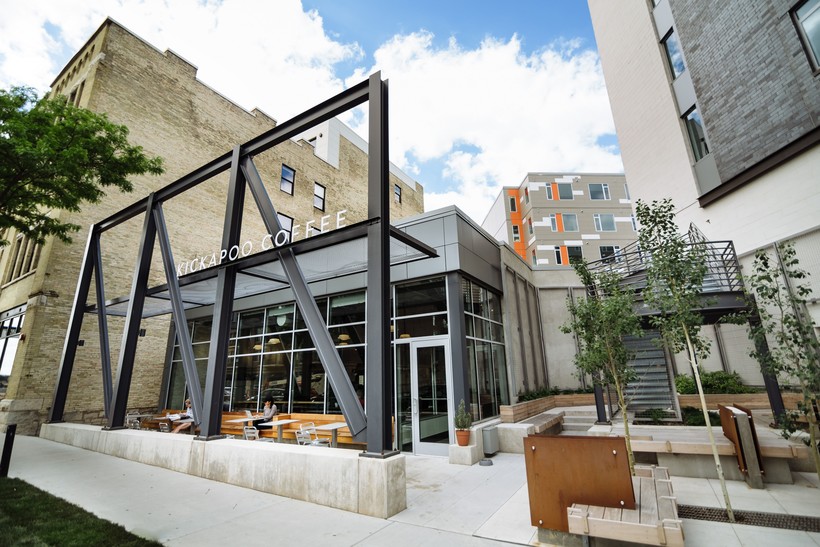 As Black Lives Matter protests spark a national reckoning about racial justice, a Wisconsin business is finally ending the use of an Indigenous name over concerns about cultural appropriation.

Kickapoo Coffee announced last April that they planned to change their name after recognizing they were appropriating it from a tribal nation.

Founder TJ Semanchin said the company’s plans for rebranding and marketing were set back by the COVID-19 pandemic, with employees working from home and delays for packaging printed in Asia.

But Semanchin said they decided to go forward with their new name, Wonderstate Coffee, in June after receiving pushback from the public.

"Our company was publicly offering solidarity and our voice of support for the Black Lives Matter movement. But in so doing, we were doing that while we still had the Kickapoo name. So we recognized the hypocrisy of that thanks to somewhat being called out," Semanchin said. "We decided that in this moment, with us trying to be a good ally to the Black Lives Matter movement, to be consistent with our voice of solidarity, where we could take action was to immediately do what we could to stop using the Kickapoo name, to stop the appropriation."

Wonderstate Coffee isn't alone in removing Indigenous names or images from their branding.

An event venue in Madison formerly called the Winnebago also announced their new name, the Bur Oak, in June. When announcing the intent to change the name last October, the venue’s owners published a letter saying they recognized the use of Winnebago furthered appropriation of Indigenous cultures.

On a national level, dairy company Land O'Lakes announced earlier this year that it was removing an image of an Indigenous woman from their logo as part of a rebranding effort.

Semanchin said he knew his business’s decision would "stir the pot" in Viroqua and the Coulee Region, where many businesses use the name in reference to the Kickapoo River.

He said the change has also sparked local conversation, especially when his company hosted the chair of the Kickapoo Tribe of Oklahoma for a presentation last fall.

"Even more to the time we are in right now is those of us who are white business owners to really take a moment to reflect on listening to the issues that are being raised within the Black Lives Matter movement and with these protests and to look at where we are perpetuating harm," Semanchin said. "There's just a lot of awareness around this issue right now, of appropriation. So I invite anyone who might be in that position to just reflect on that."

Daniel Green, a lecturer at the University of Wisconsin-La Crosse and a member of the Ho-Chunk Nation, said he agrees the current Black Lives Matter movement has sparked wider conversations about racism and appropriation. And he hopes the awareness will bring about other changes, like removing antiquated or objectifying images of Native Americans used in logos, mascots and statues.

"It’s opened up the talks again without the push from Native America, coming from another avenue. And so the timing is right," Green said.

Green said he thinks the name changes will have an impact on the business community, but one that will likely be short term.

"What interests me is that those two, Kickapoo Coffee and Winnebago ... on a continuum, are probably the lesser offensive and, for lack of a better word, causing harm out there. As opposed to the ones that may never change or are going to resist strongly: the Cleveland Indians, the Washington Redskins, etc.," Green said. "Those are the ones that will not change and the ones that need to change the most."

Green said it will take education and awareness beyond the current moment for people to change the way they view and treat Native Americans.