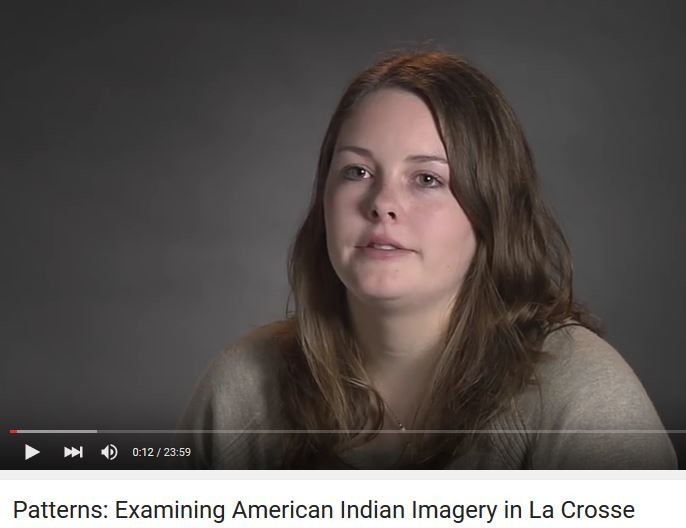 A student-produced YouTube video around the subject of one of La Crosse's most prominent landmarks draws attention to the negative impact images have on Native Americans.

Patterns: Examining American Indian Imagery in La Crosse was recently produced by four students for an ethnic and racial studies class and is focused on the Hiawatha statue on the banks of the Mississippi River in Riverside Park.

"I thought that we really had a good opportunity to bring some information to the community that was much needed and to spark a conversation," Kalon Bell, one of the video's producers said.

The Hiawatha statue is a controversial symbol for Native Americans, including members of the Ho-Chunk nation who say it does nothing to represent the history of Native American's in the La Crosse area.

"It's inauthentic. It's named Hiawatha. That's not Ho-Chunk," said Daniel Green, a Ho-Chunk member and UW-La Crosse lecturer. "It reinforces stereotypes. It's divided the people. That's the sign of an unsuccessful symbol. It divides, it doesn't unite."

"When you tell people you're Native American, it's 'oh, well, you don't look Native American,'" she said. "Well, this is what Native Americans look like today.  We range from dark skin to really light skin. We wear modern clothing, and people just don't see that."

Kalon Bell said the video has served it's intended purpose, starting a conversation about the issue, especially among educators who are using it in the classroom.