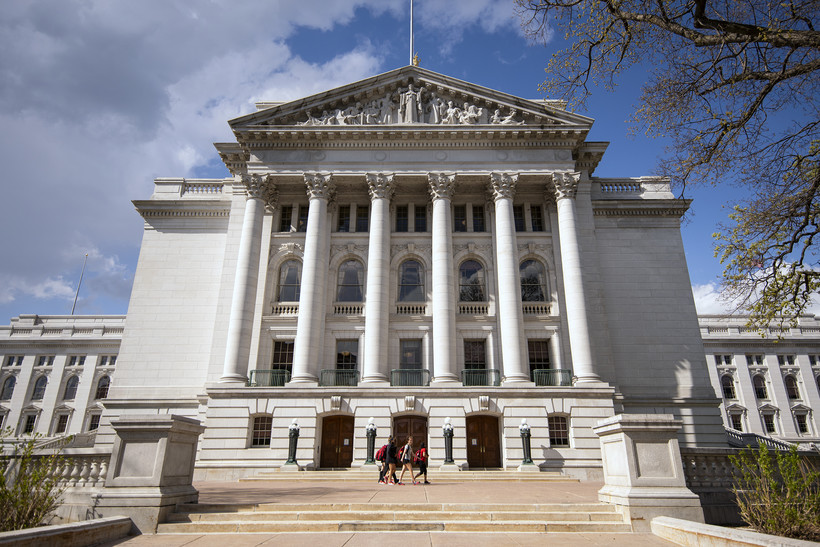 The revenue estimates left state government with more money available than during any budget cycle in recent memory, a stark change from just last year when policymakers worried the coronavirus pandemic could sink revenues and force deep spending cuts.

The projections, if they hold, would leave Wisconsin's general fund with a balance of $2.6 billion at the end of the current budget cycle June 30, up from the $1.9 billion predicted in January. Based on where things stand right now, the projections would leave the next two-year budget with an ending balance of nearly $5.9 billion, a sum practically unheard of in Wisconsin state government.

"The increase in general fund tax collections in 2021, particularly in the months of April and May, is unprecedented," wrote Legislative Fiscal Bureau Director Bob Lang, the longtime head of the budget agency.

The latest revenue estimates, which were prepared by Lang for the co-chairs of the Legislature's budget committee, comes less than five months after Wisconsin's last projections also found the economy recovering faster than previously expected.

When the previous estimates were released, the coronavirus relief package signed by President Joe Biden – known formally as the American Rescue Plan Act or ARPA – had not yet become law.

"The primary factor in the increased estimates is ARPA, the $1.9 trillion stimulus bill enacted in March," Lang wrote.

Lang noted that the latest coronavirus relief plan included stimulus checks of $1,400 per person, an enhanced unemployment benefit of $300 per week and funding for a second round of Paycheck Protection Program loans, among other provisions. He also wrote that at the time of the last revenue estimates, COVID-19 cases were rising across the country, whereas now they're on the decline as vaccination efforts have accelerated.

Tuesday's revenue projections were so good they prompted Gov. Tony Evers to return $250 million in temporary cuts made to state agencies in the earlier stages of the COVID-19 pandemic when the state's budget picture looked bleak. That included returning more than $50 million to the University of Wisconsin System and the Wisconsin Technical College System.

In a written statement, Evers also said the money left no doubt that the state could afford to fund many of the priorities in the budget he presented to the Legislature in February.

"I'm proud of the work we’ve done to respond to COVID-19 and put our economy in the best position to recover, which is why there’s no excuse for choosing not to fully invest in our kids and our schools, broadband, venture capital and support for Main Street businesses, among other critical priorities, that will ensure we’re bouncing back and better than we were before this pandemic hit," Evers said.

Evers and GOP leaders have moved swiftly from one public disagreement to the next since he was elected, and while the state's fiscal picture has improved, their relationship hasn't. Republicans began budget deliberations by removing hundreds of Evers' proposals from the budget, and more recently, the Republican-led budget committee passed a K-12 spending plan that spent $1.4 billion less than Evers called for on schools.

On Tuesday, several Republican lawmakers released statements suggesting they wanted to use the revenue for a tax cut, giving little indication that they planned to use it for other spending.

"With so much money already flowing into Wisconsin from the federal government, this additional revenue gives us an opportunity to invest in the state’s priorities and to cut taxes for hard working families," said Assembly Speaker Robin Vos, R-Rochester.

Sen. Dale Kooyenga, R-Brookfield, a member of the Legislature's budget committee, said the scale of the budget surplus presented an opportunity to eliminate entire tax brackets as part of a tax cut. Kooyenga has previously advocated for moving away from Wisconsin's longstanding progressive income tax toward a "flat tax" for all taxpayers, regardless of how much they earn.

The news of unprecedented tax revenue comes at a time when Wisconsin is also receiving billions in federal funding as part of three federal coronavirus relief packages. Those funds include a projected $2.5 billion that will be handed out by Evers.

What makes the projections released Tuesday even more remarkable is that they don't even account for money Wisconsin is required by law to set aside in its budget stabilization fund, often referred to as its "rainy day fund." That includes a projected $807 million deposit in the fund this year, leaving it with a balance of nearly $1.6 billion.